Home » Books » The singer who made Dickens weep

The singer who made Dickens weep

The singer who made Dickens weep . . . and was in a love triangle with the Russian novelist Turgenev — who was so obsessed with her that Tolstoy called him pitiful

THE EUROPEANS: THREE LIVES AND THE MAKING OF A COSMOPOLITAN CULTURE

Tens of thousands of people gathered in the railway stations of small Russian towns in 1883 to pay their respects to Ivan Turgenev, as the train carrying his body made its way to St Petersburg.

Back in France, where the famous novelist had lived for many years, his former mistress and friend for four decades, Pauline Viardot, made a failed attempt to kill herself by jumping from a window. She had also lost her husband a few months earlier. Her children put her on suicide watch.

Orlando Figes’s remarkable new book examines the intertwined lives of Turgenev and the Viardots and their connections to the wider world of European culture in the 19th century.

Now largely forgotten, Pauline Viardot was once one of the most famous women in the arts world. According to the composer Liszt, she had been ‘born into a family where genius seemed to be hereditary’. 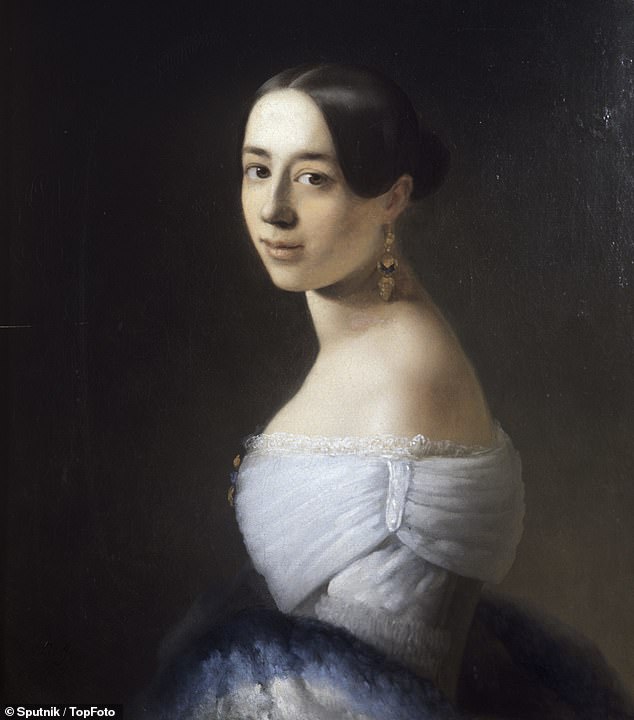 Now largely forgotten, Pauline Viardot was once one of the most famous women in the arts world. According to the composer Liszt, she had been ‘born into a family where genius seemed to be hereditary’.

Her father, Manuel Garcia, was a wife-beating bigamist who also happened to be one of the great singers of his day. Her older sister, Maria Malibran, made her debut at the age of 14 and rapidly became an international operatic superstar. Maria’s early death (she collapsed and died while on tour in Manchester) left the stage clear for Pauline.

Unsurprisingly, she was compared to Maria. ‘It is her sister come alive again,’ one critic proclaimed when she made her Paris concert debut. As portraits reproduced in the book show, Pauline was no great beauty. ‘Richly ugly’ was how one contemporary described her — and he was an admirer. But she had stage presence and a magnificent voice.

This was an era when the greatest classical music performers were treated like rock stars are today. Liszt, a virtuoso pianist as well as composer, had women in the front rows of his concerts fighting to get hold of the handkerchiefs or gloves he artfully dropped as he took his seat at the piano.

By the time she was in her early 20s, Pauline was almost as famous and admired as Liszt. In 1843, her debut at the Bolshoi Theatre in St Petersburg was the talk of the town. One newspaper published a rave review of her performance, complete with descriptions of the wild applause that greeted her.

Unfortunately, it appeared two days before the event took place.

When she did go on stage, the article seemed prophetic. She received nine curtain calls and a standing ovation that lasted an hour.

Her most ardent Russian admirer was Ivan Turgenev, then a 25-year-old nobleman whose career as a writer was about to be launched.

Turgenev’s mother was a wealthy landowner with 5,000 serfs. She was a tyrannical and cruel mistress: she once sent two of her serfs into penal exile in Siberia because they had failed to doff their caps in a suitably deferential way.

The number of curtain calls for Luciano Pavarotti in Donizetti’s The Elixir Of Love.

Turgenev was terrified of her. ‘I have no happy memories of my childhood,’ he once wrote. ‘I feared my mother like fire. She punished me for nothing, treating me like a recruit in the army. Few days passed without the stick . . .’

As Figes notes: ‘From his first encounter with Pauline, Turgenev was in love.’ He saw all of her performances during her season at the Bolshoi and applauded so loudly he annoyed those in neighbouring seats.

There was only one obstacle to the young Russian’s infatuation. Pauline was already married to Louis Viardot, more than 20 years her senior.

An even more obscure figure today than his wife, Louis was an art expert and collector, a writer, translator and theatre director. Figes calls him ‘perhaps the closest thing to a 19th-century “Renaissance man” ’.

In the event, her marital status proved no problem — she and Turgenev became lovers. How long their physical relationship lasted is unclear (although her fourth child may well have been his), but they remained close for the rest of their lives. As his reputation as a novelist grew, Turgenev trailed Europe in the wake of his mistress and her husband, whose friendship he also cherished.

Initially, Louis was unaware of his wife’s affair with the Russian, who wrote his most passionate messages to Pauline in German, which the Frenchman did not understand. Later, he knew of it, but turned a blind eye.

At times, Turgenev tried to break free from his obsession with Pauline. He was aware his feelings were stronger than hers. ‘I feel as if I am a bit of rubbish they forgot to sweep away,’ he told a friend.

But absence from her made him ill. ‘Turgenev is pitiful to see,’ fellow Russian writer Leo Tolstoy noted. ‘I would not have thought him capable of such a love.’

In the end, he always returned to the Viardots. At one time, he was a lodger in the attic rooms of their house in Paris; at another, he joined them in moving briefly to London, but didn’t like the city.

‘The English have some good qualities,’ Turgenev wrote, ‘but they all — even the most intelligent — lead a very hard life. It takes some getting used to — like their climate.’

His relationship with the Viardots cost him dearly. He never married. He had to reconcile himself to never having the love he wanted from Pauline. He had ‘missed out on the main prize in life’s lottery’, he said. 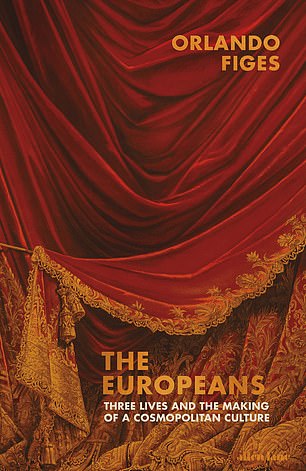 THE EUROPEANS: THREE LIVES AND THE MAKING OF A COSMOPOLITAN CULTURE by Orlando Figes (Allen Lane £30, 576 pp)

In later life, he embarrassingly fell into infatuations with much younger women. ‘I kiss your hands, your feet, and everything you’ll allow me to kiss,’ he wrote to the twentysomething actress Maria Savina when in his early 60s, ‘and even what you won’t allow.’ As Figes makes clear, between them Turgenev and the Viardots knew everybody who was anybody in European culture. The novelist was acquainted with writers across the continent, from fellow Russians such as Tolstoy and Dostoyevsky, to French and German authors.

Pauline worked with many great composers of the 19th century. She had affairs with at least two — Berlioz and ‘that monster’ Gounod, as a jealous Turgenev called him.

Her renown as a singer was such that Charles Dickens travelled from London to Paris to see her.

Turgenev describes watching the English novelist in his box, ‘his arms folded tightly across his chest and his face drenched with tears’.

Orlando Figes is a fine historian who combines scholarly detail with readability. His wide-ranging book touches on a multitude of subjects. But at its heart is a love triangle — the very human story of three remarkable individuals whose lives he has resurrected with great sympathy and insight.