Home » Books » This Old Woman Has Some Important Things to Say, if Only You’d Listen

This Old Woman Has Some Important Things to Say, if Only You’d Listen BINA
A Novel in Warnings
By Anakana Schofield

Some characters seem eager to please a reader. They come bounding up to you, big-eyed, as if to say, “Read me, know me, love me.” Bina, the 74-year-old protagonist and namesake of Anakana Schofield’s third novel, goes to great lengths to tell us that she will not be one of these: “I am not interested in appealing to you. I am not you.” She is, she tells us, here to warn us, not to reassure.

Readers who might be expecting the geriatric whimsy of “The 100-Year-Old Man Who Climbed Out the Window and Disappeared,” or the slick gerontological procedurals of “Elizabeth Is Missing” or “The Thursday Murder Club,” will be in for a rude awakening. This is a novel of tangles and absences, aggressively resistant to sentimentality. To follow its wrenched syntax is to experience the frustrating dogleg lanes of consciousness, the distortions and failures of memory and self-narration. Though Bina assures us “there’s nothing I like more than to be useful,” this is not to be an encounter with an elderly character whose life is designed to help us extract lessons from it — that inverted child protagonist here to defamiliarize the everyday stuff and remind us all what really matters.

Bina, having “had enough,” has taken to her bed, and the novel comes to us in peripatetic bursts. Often the conceit is that we are reading what she has written on scraps of available paper, bills and receipts, which dictate the length of the paragraphs, studded with aperçus like “Troublemakers do not need a warrant to ruin your life” and “Weather can surprise you!” 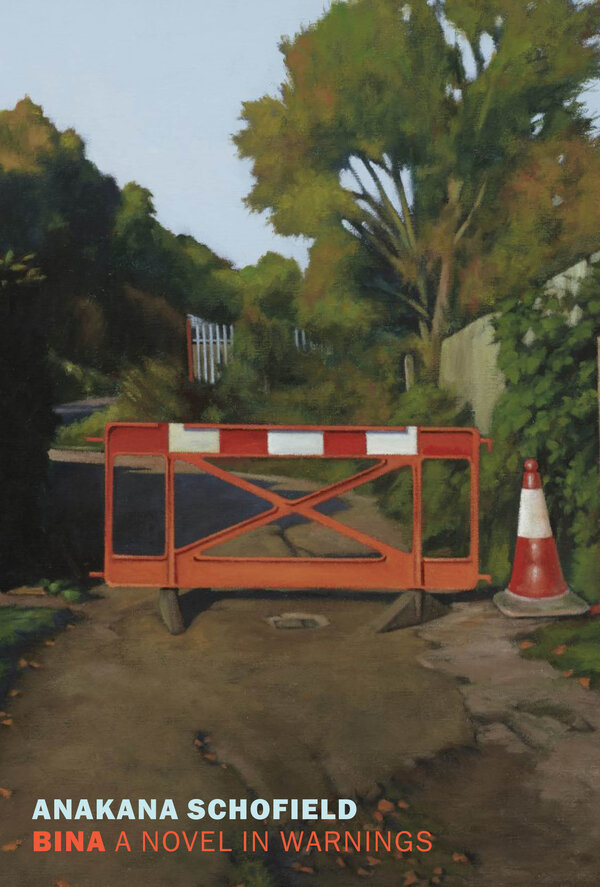 There are blanks and redactions, things Bina can’t or won’t tell us about. She forgets, she repeats, she is distracted. But it becomes clear that the main thrust of what she’s trying to get down relates to Eddie, her “sorta son,” who started off a stranger after crashing his motorbike in her ditch and then hung around for a decade, angry and drunk, until he finally departed. Eddie was a parasite, moving into her house, outstaying his welcome, abusing her and impersonating her on social media so that she is inundated with death threats. This young man who, for no reason she can discover, thumps her over the head, spills scalding tea on her, wrecks her home and won’t move out, hovers as a constant threat over Bina. His return, and his testimony against her, will, she is convinced, send her to prison for the rest of her life.

Bina is especially worried he’ll come back and cause trouble for her and her work with “the Group,” a secretive band of people practicing euthanasia on the old and dying who call her from time to time and advise her against using the word “murder” when discussing their activities. There are footnotes that point us to the author’s debut novel, “Malarky,” where Bina first appeared in a walk-on part in the background, hitting an airplane with a hammer.

Whether you view the work you are asked to do here as a reader as a pleasure or a chore comes down to the sort of reader you are. I started off feeling as if I were going through a second round of lockdown, before the novel clicked and I found myself in tune with Bina, reading around and back and through her, coming to know her through that process and valuing her all the more because of it.

“Bina” is a bitterly funny novel but one that carries moral weight. Ultimately much of its energy comes from the simple subversive act: making a woman’s life matter, making her voice be heard. As Bina puts it: “So if you are listening to a woman / Hoping she’ll shut up / Try imagining the 2,000 years / Where she did all the listening. / Sit down / Shut up / And if the woman is talking, listen.”