Three Short Story Collections That Use Humor to Overcome Hardship 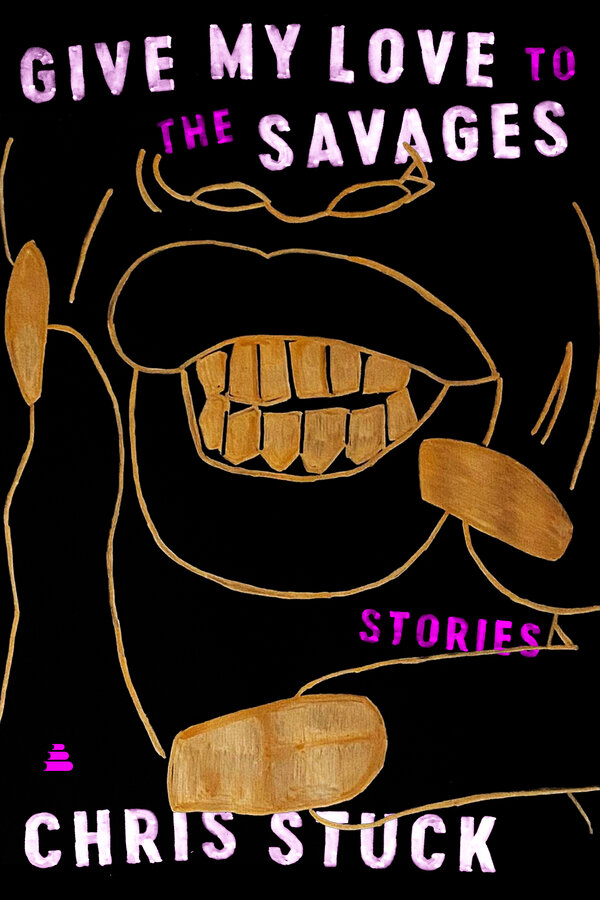 Stuck’s debut collection, “Give My Love to the Savages,” is both hilarious and harrowing. In nine unique stories, Stuck employs tenderness, humor and refreshing spontaneity to transform the everyday multiplicities of the Black experience into the extraordinary, showcasing truths that are common knowledge for many Black Americans and uncomfortable revelations for others.

In the collection’s second story, “How to Be a Dick in the Twenty-First Century,” the protagonist, Dick Dickerson, wakes up and finds that he has been transformed into a six-foot penis. What ensues is a tale full of wit, as Dick emerges from his former self, gaining enough self-awareness to realize the damaging effects of his toxic masculinity and relentless striving. To write a story like this demands courage, but to pull it off requires skill — both of which are abundant in Stuck’s work.

Whether he’s writing about a white man persuading a young Black man to be his wife’s lover (“Lake No Negro”) or a Black Republican with vitiligo who goes on a cruise for “unseen souls” (“The Life and Loves of Melvin J. Plump, Esq.”), Stuck’s examination of Blackness panders to no one. His stories read as an authentic expression of his own viewpoint, which doesn’t perceive Black people as bodies whose only purpose is to orbit around racism, but as individuals who deserve to live for the sake of living.

Stuck brings nuance and empathy to each page, letting you know that he, like his characters, is traveling inward to find answers to questions of existence, rather than consulting some fictitious Encyclopedia Blacktannica.

This is a collection full of movement, of intelligent people traveling to new places or returning to old ones, leading to discoveries about themselves, about family and about the places they call home. Chris Stuck is a writer who has spent much time pondering the human condition, and we are the beneficiaries of his labor.

In “New Teeth,” a set of 11 heart-expanding stories, Rich demonstrates that personal growth — from childrearing to gaining new siblings to preserving a childless relationship — requires pain, but that the process can yield invaluable lessons.

If Rich’s stories were printed and then shuffled into a pile of a dozen other authors’ works, we’d still be able to identify his writing. His plots are some of the most inventive you’ll read, and they’re each paired with clever, pitch-perfect prose, creating a tone that is distinctly his own.

In “Learning the Ropes,” we meet two male pirates who find a stowaway girl on their ship, a discovery that forces them to navigate the rocky seas of an unlikely parenthood. After one pirate, Rotten Pete, complains to the other, Black Bones, about the lack of rules for the girl, Black Bones says, “It got so bad we decided to bunk in different berths that night. And of course I know the old saying, about how a captain and first mate should never be going to bed angry.”

This is Rich’s singular style: combining otherworldly plots with contemporary reference and verbiage that propel a reader forward to see what in the hell he comes up with next.

In “The Big Nap,” a 2-year-old detective is trying to help his baby sister, Anna, who has lost “Moomoo,” her stuffed unicorn. Thwarting his efforts to locate Moomoo is his grandmother. (“Gaga tried to kill me,” he says.) At one point, Anna betrays him, but later redeems herself, and the detective, warming up to his sister, declares that his investigations “would be easier if we worked together.” Aw. The teary-eyed word you will utter to yourself from beginning to end.

The majority of Rich’s stories contain morals that are never planted too deeply for a reader to spot, making this work as instructive as it is imaginative. But it is his rich display of playfulness that lets us know that we are in the hands of a writer who has never lost the love of storytelling.

“Gordo,” the first book of stories from Cortez, who is a Chicano activist and author, gives the reader an unobstructed view into the lives of those who are often relegated to statistics and political talking points: people who come to the States for a better life for themselves and their offspring.

The collection opens with “The Jesus Donut,” which focuses on a child named Gordo, who, along with his “Little Rascals”-esque group of friends, lives in a California work camp. When a mysterious man appears with donuts, only a girl named Olga can afford to buy some. She proceeds to hold a mass where each child has to get on their knees to receive the Eucharist via delicious donut pieces.

A cast of repeating characters appears throughout the stories, and we learn, through Cortez’s sympathetic lens, that they, like us, experience deep, destructive pain. In “Alex,” we meet a trans man who leans on Gordo’s family for help, only, pages later, to turn around and physically imprison a woman. Gordo’s father, for all of the love he bestows on his son, has twice given Gordo’s mother a black eye “and nobody said nothing about it.”

But the strength of Cortez’s work is that he lays out these stories without defining his characters by their worst actions, showing us people who are closer to reflections of ourselves than we think, even if they do not look like us, or come from the places we call home. And this is the book’s superpower: the cultivation of empathy.

In “Gordo,” Cortez assumes the role of a documentarian, depicting the comical, difficult and heartfelt realities of his characters, where hurt, in some form or another, may be lurking around every corner, but so is joy.