Undercover with the nasty Narcos Undercover with the nasty Narcos: Robert Mazur details his time as an agent with the U.S. Drug Enforcement Administration

One of the recording devices used by ­Robert Mazur during his time as an undercover agent with the U.S. Drug Enforcement Administration was hidden inside a sunglasses case.

Anyone pulling the designer shades from the case would have discovered the tiny recorder underneath.

Entering a government building in Panama — where corrupt officials were routinely in the pay of drug cartels — Mazur discovered, to his horror, that his possessions had to go through an X-ray machine. 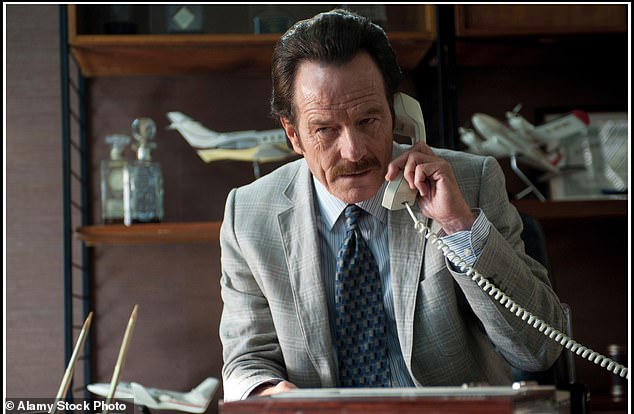 Undercover: Bryan Cranston as Mazur in 2016 film The Infiltrator. Robert Mazur was an undercover agent with the U.S. Drug Enforcement Administration

To protest would attract suspicion, so he put the case on the conveyor belt and carried on. ‘Sir, come here, please,’ said the guard. Mazur’s heart stopped as he turned.

‘Sir, you almost forgot your glasses,’ continued the guard. ‘He was talking,’ explains Mazur, ‘with a very attractive young female security guard, who had more of his attention than the screen.’

It’s the sort of detail you’d expect from the TV series Narcos. If you’re a fan of that, you’ll enjoy this book, the thiller-like tale of Mazur’s undercover activities in the fight against South American drug traffickers and his mission to expose the infamous Cali Cartel.

Specifically, it’s the story of how his operation — indeed his life — was endangered by a treacherous colleague feeding information back to the criminals.

The preparations necessary to convince smugglers that Mazur really was who he said he was — an international money launderer called Robert Baldasare — are incredible. 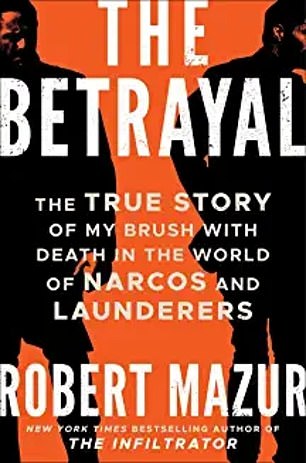 The name came from a gravestone, allowing Mazur to assume the dead man’s identity. He then had to study for and pass mortgage broker exams, so that the paperwork for his ‘front’ business would check out.

The lives of everyone — criminals and police alike — were soaked in mistrust. Conversations took place in code: ‘Five hundred boxes of fruit’ meant $500,000; if someone was ‘sick’ it meant they’d been arrested; an invoice number faxed to Mazur had to be divided by five to give the seven-digit phone number he needed to call.

For a bugged conversation to be admissible as evidence, he had to get the criminals to be explicit. ‘What do you mean, “blocks”?’ he asked one trafficker. It took several repetitions of the question before the answer came back: ‘Cocaine’. They were nerve-racking minutes for Mazur.

He is a good storyteller, with a flair for details that bring the criminals and their world to life. In Panama City, even McDonald’s has security guards armed with AK-47s.

One cartel member threw in a reminder of what would happen if Mazur turned out to be a Fed: ‘I took a lot of pictures when we were with you in Sarasota… the ones of you and your wife came out very clear.’

And — as a reminder that even tragedies contain elements of farce — there’s the woman who was given the choice of letting the police into her house herself so they could search for evidence, or having her door broken down. She chose the former. ‘If they knock down that door, they’d better not let my f***ing cat out.’