THE COLOUR OF THE SKY AFTER RAIN

When King George III’s ambassador was trying to negotiate a trade deal in China in 1793, he decided to curry favour with the Emperor by presenting him with a carriage which, thanks to advanced British engineering, was the last word in comfort and elegance.

Sadly, this grand gesture was a disaster. The carriage was designed so the driver sat higher up than the passenger — and the idea that Emperor Qianlong should be placed below someone else was deeply insulting to the Chinese.

As the ambassador said ruefully: ‘Nothing could be more fallacious than to judge of China by any European standard.’ More than two centuries later, are we any nearer to understanding China and its customs? 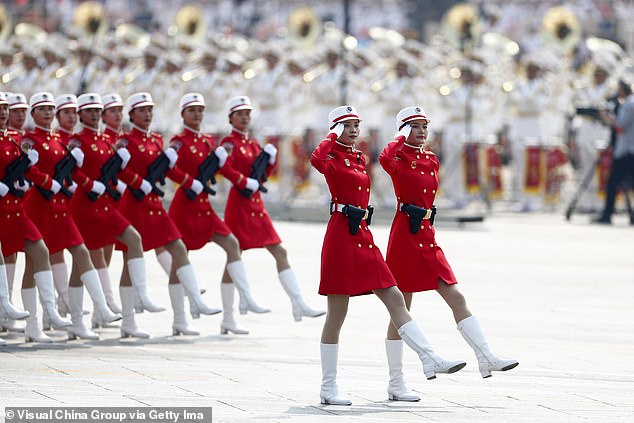 Tessa Keswick reflects on her experiences in China in a fascinating memoir, pictured: A military parade in China

Apart from pandas, pollution, terracotta warriors and the Great Wall, most of us have only the haziest notion of what this vast country, which makes up a fifth of the globe’s population and is the world’s largest economy after the U.S., is really like.

One person who knows China well is Tessa Keswick, who is besotted with the country and has travelled widely there for the past 40 years. The daughter of the Scottish war hero Lord Lovat, she worked in business before becoming Kenneth Clarke’s political adviser, and then Director of the Centre for Policy Studies.

She is married to Henry Keswick, until recently the taipan (boss) of Jardine Matheson, the vast Hong Kong-based conglomerate. He was born in Shanghai: ‘I sometimes think he has Chinese blood in his veins . . . he is often more at home with Chinese than with Europeans,’ she muses.

The Colour Of The Sky After Rain is billed as a memoir but it is also an enticing travel guide.

Keswick has visited places that most foreigners (or guilou) never see and has witnessed first-hand the astounding changes this ‘impossibly difficult and completely fascinating country’ has recently gone through. From superhighways to vast airports, the transformation of the country since the death of Chairman Mao has happened at a dizzying pace — not least because the authorities have the last word in everything and there’s no room for dissent. In China, HS2 would have been built in a flash.

On her trips to the country in the early 1980s, the towns Keswick visits are pitifully dilapidated. She stays in a hotel where the rats are so voracious that one of her travelling companions finds all the snacks in his suitcase have been eaten during the night, along with his toothpaste and chewing gum. 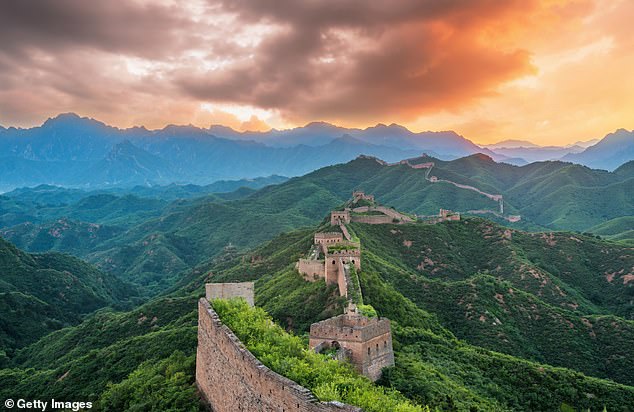 Tessa mourns the ancient towns and buildings that have been swept away in the endeavor for progress, pictured: Great Wall of China

When she and Henry go on a ‘luxury cruise’ down the Yangtze River, they spot a body floating past them, ‘a man in a peasant’s red suit, swollen up like a Michelin man . . . behind him comes a pink pig, also inflated with water and air, the four stiff trotters sticking up.’

She couldn’t have foreseen that within a few years, China would have undergone a startling change.

The capital, Beijing, has gone from being in a state of ‘morbid depression’ to ‘a glorious modern megalopolis . . . one of my favourite cities in the world.’

While she admires the way millions of Chinese have been lifted out of poverty, Keswick also mourns what has been lost. Ancient towns and buildings have been ruthlessly swept away in the rush for progress, sometimes all too literally.

When the Three Gorges Dam was built on the Yangtze, it flooded thousands of towns and villages and displaced 1.4 million people. 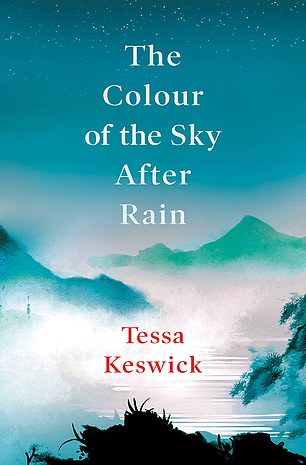 Keswick is an engaging, lively guide and she is at her best when writing about the Chinese landscape.

In Yunnan, said to have some of the most fertile soil in the world, she marvels at thickets of forsythia and forests of camellias — a reminder that about half of the plants growing in British gardens originated in China.

There are useful nuggets throughout the book on how to behave when doing business with the Chinese. Even the smallest attempts at speaking Mandarin are met with delight.

British self-deprecation, on the other hand, goes down like a lead balloon. Commenting that China’s spanking new roads are so much better than British ones is seen as demeaning. ‘The Chinese are attracted by success and by self-confidence, and these generate respect,’ she counsels.

Above all, be punctual. Being late is unacceptably impolite, as the Queen found out on a state visit to China when, most uncharacteristically, she arrived three minutes late to an engagement.

The following day, the Chinese retaliated by being exactly three minutes late for her.