Home » Books » ‘What Tech Calls Thinking’ Might Really Be Something Else

‘What Tech Calls Thinking’ Might Really Be Something Else

In 2007, the venture capitalist Marc Andreessen argued in a brassy blog post that markets — not personnel, product or pricing — were the only thing a start-up needed to take flight. Teams, he suggested, were a dime a dozen. Products could be barely functional. He even suggested that the laws of supply and demand, the ones that generate price competition, no longer obtained.

The takeaway was something like If they come, you will build it. To get them to come, a founder needs a magnetic concept. Community, say. Connection. Sharing. Markets coalesced around these hazy notions in 2007 and 2008, with the debuts of Twitter, Airbnb, Waze, Tumblr and Dropbox.

In an erudite new book, “What Tech Calls Thinking,” Adrian Daub, a professor of comparative literature and German studies at Stanford, investigates the concepts in which Silicon Valley is still staked. He argues that the economic upheavals that start there are “made plausible and made to seem inevitable” by these tightly codified marketing strategies he calls “ideals.”

There are so many scintillating aperçus in Daub’s book that I gave up underlining. But I couldn’t let “Disruption is a theodicy of hypercapitalism” pass. Not only does Daub’s point ring true — ennobling destruction and sabotage makes the most brutal forms of capitalism seem like God’s will — but the words themselves sound like one of the verses of a German punk-socialist anthem.

Unsurprisingly, Daub, who has written books on Wagner and four-handed piano playing, is more rigorous than Andreessen when it comes to critical analysis. Any book subtitled “An Inquiry Into the Intellectual Bedrock of Silicon Valley” has its own market, and Daub’s audience is clearly more engrossed by the wisdom of Edgar Allan Poe and Heidegger (whom Daub cites as correctives to tech thinking) than by the sales pitches of Peter Thiel and Mark Zuckerberg. 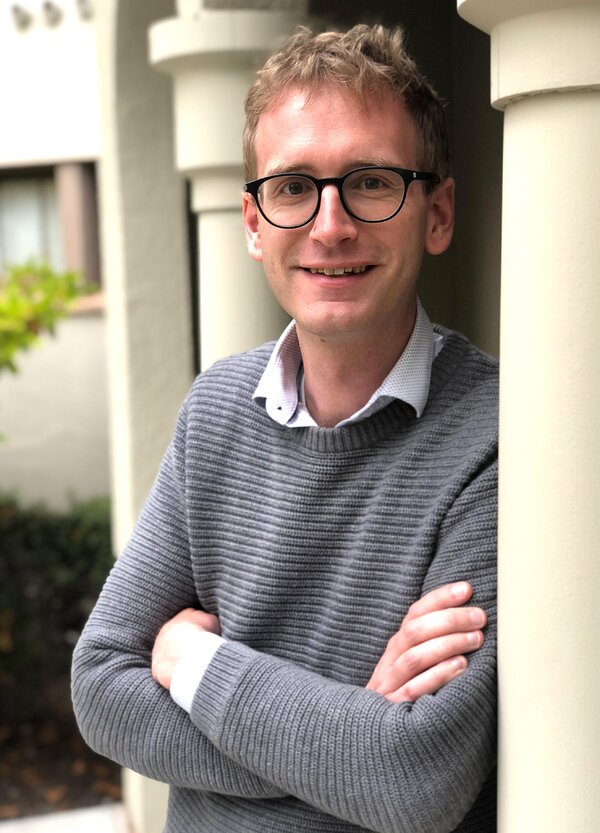 It’s energizing to read a book about tech philosophy aimed at thinkers in beater cars and not thought leaders in Teslas, and certainly not aspiring “founders,” the runaways and dropouts who study Andreessen’s essays chiefly to ventriloquize them in PowerPoint investor decks. In Daub’s hands the founding concepts of Silicon Valley don’t make money; they fall apart. He shows how tech-world shibboleths like “dropping out,” “disruption,” “genius” and “failure” help shore up an industry built on privilege, machismo and even cruelty.

Take the pieties around dropping out of elite colleges. Daub traces these back to the counterculture of the late 1960s, and especially the moment when the hippie guru Timothy Leary counseled the youth of America to turn on, tune in and drop out. But whereas, in the old days, slipping the bourgeois knot was a move for stuck middle managers and bored housewives, Silicon Valley introduced it to teenagers. The goal has become to drop out of life even before you get started: “Suddenly, you didn’t have to experience work life, family life and adult life to grow disillusioned with it.”

Dropping out of college is also, in Daub’s view, “elitism that very visibly snubs the elite … while nevertheless basking in its glow.” In the case of Elizabeth Holmes, the disgraced founder of the fraudulent blood-testing company Theranos, “dropping out” of Stanford actually meant dropping in to real money. After all, Holmes decamped from Stanford and coaxed $1 million out of a superrich family friend. Rather than turning to the loose freethinking that she might have found in books and liberal arts seminars, she made a beeline for the rat race of consumerism and greed that Leary and his ilk believed sucked the soul out of you. So much for “dropping out.”

Daub brings the same sharp eye for sophistry to other forms of palaver that move capital in Silicon Valley. He revisits the actual thinkers appropriated by TED bloviators, from the philosopher Marshall McLuhan to the French historian René Girard to the novelist Ayn Rand. In some cases, he finds that cruel windbags like Thiel have distorted what were once good ideas. In others, such as Rand, he finds the ideas were not good to begin with.

As a humanist who arrived at Stanford as a relative innocent in 2008, Daub brings a Tocqueville-like perspective to what passes for philosophy in the Valley. For people who’ve spent time at start-ups there’s almost a high that comes from seeing its thinking so adroitly defamiliarized.

But because Daub leads so fiercely with his feminist bona fides — he’s the director, after all, of both Stanford’s Michelle R. Clayman Institute for Gender Research and its feminist, gender and sexuality studies program — it’s disappointing, almost insulting, that he ignores the robust critique of tech’s dominant discourse that has come from women. Women sidelined by the Silicon Valley juggernaut have become especially vocal since the revelation of the convicted sex offender Jeffrey Epstein’s ties to Big Tech.

In recent years, critics like Sarah Szalavitz, Heather Gold and Xeni Jardin, all veterans of the tech establishment, have chronicled in detail the way the “marketplace of ideas” is configured explicitly to mute, objectify, abuse and discard non-men.

The once powerful Edge organization, where Jardin and I were members long ago, was in theory devoted to rigorous intellectual exchange. In practice, it hosted dinners for billionaires, connecting some of the tech gods Daub mentions with Epstein. Peter Thiel is in thrall to some creepy ideas (as Epstein also was), but in Daub’s book Thiel is presented as a dopey jackass rather than something more dangerous. Epstein was welcomed at Harvard and M.I.T., but he made a donation to Stanford, too, and Daub does not grapple with any of this in “What Tech Calls Thinking,” even as some of what tech calls thinking are justifications for the exploitation of women and people of color.

Sure, you might read a phrase like “women and people of color” and believe that I’m merely making a case for diversity. No. To expect Daub to acknowledge critiques of tech thinking by women is to expect that he include not the most feminist or woke critiques of those philosophies, but the most trenchant ones. Any feminist running a feminist center and a feminist program at Stanford shouldn’t need reminding that the best analyses of ranking master discourses come from those who’ve felt their lash — and learned to subvert them.