Home » Books » When an Ancient Slander Against Jews Came to America

When an Ancient Slander Against Jews Came to America

Blood Libel in an American Town

There’s nothing like a presidential campaign to awaken dormant hatreds. In the fall of 1928, the Republican Herbert Hoover ran against the Democrat Al Smith, a flamboyant former New York governor who had the effrontery to be Catholic and a son of immigrants. Hoover was too cautious to bash Catholics himself, but his Protestant supporters — ministers, politicians, journalists — had no such qualms.

The wrath of the antipapists soon poured out on immigrants in general, including Jews. Jews made up 10 percent of all Europeans who came to the United States between 1880 and the early 1920s. They were ripe for the scapegoating. Henry Ford, America’s most eminent anti-Semite, had been publishing the conspiracy-mongering “Protocols of the Elders of Zion” in his newspaper for years. Its editorials had called Jews “the conscious enemies of all that Anglo-Saxons mean by civilization.” The anti-Smith faction couldn’t hold the Jews responsible for the Catholic candidate, but they could point out that Jews were part of “the incoming mob,” as Berenson puts it. The Ku Klux Klan, in the ascendant during the early 1920s but losing membership by 1928, saw in the Smith-Hoover race a chance to revive its fortunes, and piled on.

In the middle of all this, 4-year-old Barbara Griffiths walked into the woods outside Massena, a village in upstate New York, and didn’t walk out. The police and firefighters organized a search. It went on all night. At some point, someone proposed a theory: Jews had kidnapped and slaughtered little Barbara to use her blood in their rituals. By dawn, town officials and hundreds of villagers had concluded that that was the correct explanation.

That day, which happened to be the day before Yom Kippur, the mayor and a state trooper summoned the local rabbi. According to the rabbi’s notes, they asked: “Have you a holiday tomorrow?” and “Could you inform me if your people in the old country are offering human sacrifices on a holiday?”

So there it was: the blood libel, the 800-year-old slander that still had the power to spark pogroms. Jews were accused of killing Christian children and draining their blood, either to drink as wine or to bake into matzo, the unleavened bread eaten on Passover. 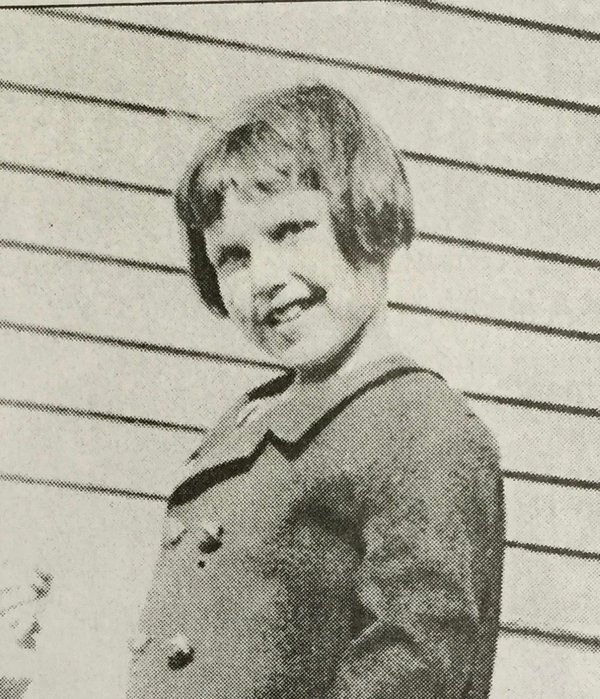 What was singular about this turn of events was that the belief in Jewish ritual infanticide had always been a European psychosis. American anti-Semitism was nasty, but the blood libel seems never before to have figured into its rhetoric.

In “The Accusation,” Edward Berenson, a historian at New York University, sets out to explain why the medieval calumny rematerialized at that moment and in that place. Massena was, and is, an unprepossessing village on the New York side of the St. Lawrence River. As it happens, Berenson was born in Massena. He knew residents who still remembered the incident, and so he was able to give his research a personal dimension (though he skates over that lightly, perhaps too lightly).

In 1928, the town had only 20 Jewish families. What it had in abundance were immigrants of other ethnicities. Over the previous 60 years, Massena had gone from a tiny farm community to an industrial center dominated by the Aluminum Company of America, or Alcoa. Alcoa recruited workers at Ellis Island and in Canada. By 1930, nearly 30 percent of Massena’s population was foreign-born. Seventy percent of those foreigners were Canadian, and half the Canadians spoke French. Quebec was the region in North America best versed in the blood libel, which had already occasioned anti-Jewish violence in Montreal and Quebec City. Perhaps, Berenson speculates, a French-speaking Canadian started the rumor.

But even if a Québécois laborer brought the libel to Massena, why did it find such ready acceptance? The answer may have to do with the K.K.K.’s decision to re-emerge for the presidential race. (It should be said of Berenson’s explanations that they rely heavily on circumstantial evidence.) A contemporary observer remembered that Massena was awash in fliers advertising Klan meetings. Locals showed up at them in the hundreds. Crosses were burned. Word around town was that a lot of those active in the search for Barbara belonged to the Klan, though Berenson admits that there’s no way to gauge the truth of this.

A little more than 24 hours after Barbara disappeared, she stumbled out of the woods, unharmed. She’d gotten lost. By then, however, a member of Massena’s Jewish community had contacted Jewish organizations in New York and Washington, and they had alerted the press. The story went national, and the media paid attention for about a week. The blood libel apparently never resurfaced in America.

But in the nine decades since, it has resurfaced in plenty of other places, and it is still resurfacing. In 2005, members of the Russian Parliament signed an open letter urging that Jewish organizations be banned on the grounds that they are “anti-Christian” and “inhumane” and practice ritual murder. In 2017, a commission of the Russian Orthodox Church investigated the assassinations of Czar Nicholas II and his family and several members concluded that they had been Jewish ritual murders. Over the past two decades, the classic elements of the gruesome myth have been reported as fact in the Egyptian press, on Hamas television and in Iran. So far in this century, the blood libel has unleashed no pogroms. But Berenson’s book reminds us that what seems inconceivable is nonetheless possible.

Judith Shulevitz is a journalist and critic, and the author of “The Sabbath World: Glimpses of a Different Order of Time.”