Home » Books » When Getting High Is a Hobby, Not a Habit

When Getting High Is a Hobby, Not a Habit DRUG USE FOR GROWN-UPS
Chasing Liberty in the Land of Fear
By Carl L. Hart

It doesn’t take long to get to what is perhaps the boldest and most controversial statement in Carl Hart’s new book, “Drug Use for Grown-Ups: Chasing Liberty in the Land of Fear.” In the prologue, he writes, “I am now entering my fifth year as a regular heroin user.” In all honesty, I don’t know how to feel about this admission. It’s not easy to square all that I’ve learned about this drug with the image I also hold of Hart: a tenured professor of psychology at Columbia University, an experienced neuroscientist, a father.

Hart knows this. He knows about the discomfort his readers might feel when they encounter his full-throated endorsement of opiates for recreational use. He offers the information in a spirit of radical transparency because he believes that if “grown-ups” like him would talk freely about the role of drugs in their lives, we wouldn’t be in the mess we are in, a mess brought about by our ruinous drug policies, which have had such profound — and profoundly unequal — consequences for those who fall afoul of them.

For Hart, it wasn’t always so. Coming up in hard circumstances in Miami, Hart too bought into the widespread belief that “smoking crack is like putting a gun in your mouth and pulling the trigger,” as one particularly memorable public service announcement put it. In 1986, he listened in “disbelief” as James Baldwin, his intellectual hero, argued for the legalization of drugs, believing that the recently passed Anti-Drug Abuse Act would be used disproportionately against poor and Black people. 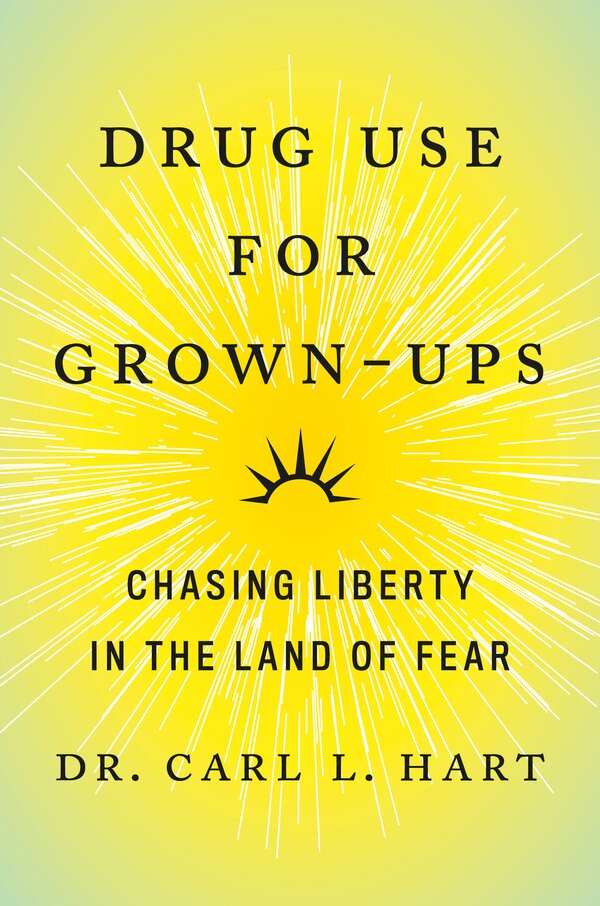 Of course, we now know that Baldwin was right: Our drug policies have resulted in the wildly disproportionate imprisonment of Black Americans. As Hart argues, the drug war has in fact succeeded, not because it has reduced illegal drug use in the United States (it hasn’t), but because it has boosted prison and policing budgets, its true, if unstated, purpose. In his last book, “High Price,” Hart described his evolving views on drugs and those who use them, a gradual rejection of the overly simplistic idea that drugs are inherently evil, the destroyers of people and neighborhoods.

Here, Hart goes quite a bit farther. He has been studying the neurochemistry of different drugs for years, including crack cocaine and methamphetamine. He summarizes his research findings in this way: “I discovered that the predominant effects produced by the drugs discussed in this book are positive. It didn’t matter whether the drug in question was cannabis, cocaine, heroin, methamphetamine or psilocybin.” The positive effects Hart cites include greater empathy, altruism, gratitude and sense of purpose. For Hart personally, coming home and smoking heroin at the end of the day helps him to “suspend the perpetual preparation for battle that goes on in my head,” he writes.

I met Hart once, in 2016, when I interviewed him for an article I was writing about Adderall. He told me that for a responsible adult, it could make more sense to take a small dose of Adderall than to use caffeine — because Adderall has “less calories.” At the time, I was struck by his candor. Now I understand that this is his driving purpose: to demystify drugs, to advocate for the right to “the pursuit of pleasure” enshrined in the Declaration of Independence itself.

Hart’s argument that we need to drastically revise our current view of illegal drugs is both powerful and timely, but the question of addiction lingers in the background. It is not one he attempts to resolve. In fact, he declares that his book is “unapologetically” not about addiction. Most users of any drug will not become addicted, he says, putting the figure at around 70 percent. He sees the “opioid crisis” as deserving of scare quotes, likening it to trumped-up drug scares of yore. “Much of the reporting on opioids is bull****,” Hart writes, and doesn’t account for the fact, for example, that many deaths declared opioid overdoses are actually the result of opioids mixed with alcohol or other sedatives.

Journalists writing about drugs are one of several groups of people that Hart expresses frustration with throughout his book. Others include members of the psychedelic community for insisting that their “plant medicines” are a “superior class of drug” and for not coming to the defense of drugs with more tainted reputations, like PCP. On the list is also his son’s school, colleagues in the drug research world whom he calls out by name and people who didn’t engage with his ideas, like Dr. Leana Wen, who, as the health commissioner of Baltimore, was apparently unwilling to introduce drug-safety testing to bring down the number of overdoses in the city, as Hart had suggested to her. “Thankfully for the people of Baltimore,” he writes, Wen left to become president of Planned Parenthood. “Less than a year later, she was fired. I wish I could say I’m surprised.” In these moments, Hart’s writing can turn from passionate and moral to what feels like score-settling, undercutting the tenor of his narrative. But when it comes to the legacy of this country’s war on drugs, we should all share his outrage.