Home » Books » Why Write About Pop Music? ‘I Like When People Disagree About Stuff.’

Why Write About Pop Music? ‘I Like When People Disagree About Stuff.’

Kelefa Sanneh hopes to start some arguments with his new book, “Major Labels,” which chronicles the past 50 years of rock, hip-hop, country and other musical genres. 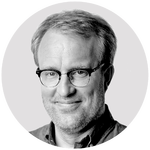 Seventeen years ago, Kelefa Sanneh was doing what he likes best: poking at conventional wisdom.

As a pop music critic for this newspaper, he wrote a piece against “rockism,” the longstanding critical bias that favored guitar-driven popular music written by its performers (Bruce Springsteen, U2) as more authentic and worthy than songs by production-heavy pop idols (Christina Aguilera, Usher). Sanneh argued for the possibility of “a fluid musical world where it’s impossible to separate classics from guilty pleasures.”

Rockism was an insider’s concept at the time, bandied about among critics, but it became a household word, along with its antagonist, poptimism, a belief in not only expunging the guilt from those pleasures but investing deep thought in them.

Sanneh had been trying to muddle things, but soon afterward, they got very simple again. Poptimism won. In a rout.

“At the time, it was easy to argue that pop and R&B music weren’t being taken seriously,” he said in an interview earlier this month. “I think it’s fair to say that that’s no longer a problem.”

Sanneh is hoping to kick-start a few new disputes and revisit some older ones in his first book, “Major Labels,” a history of the past 50 years of popular music told through the stories of seven genres: rock ’n’ roll, R&B, country, punk, hip-hop, dance music and pop. It is due out from Penguin Press on Tuesday.

Since 2008, Sanneh has been on staff at The New Yorker, where he’s written about politics, boxing, comedy and sociology in addition to music. After years away from the critic’s beat, “the idea of diving back into music started to seem exciting,” he said. “And I realized I was still obsessed with it.”