George RR Martin fans are eagerly awaiting the next novel in the A Song of Ice and Fire saga, Winds of Winter. While the Game of Thrones TV show has now come to an end, viewers are expecting the book to hit store shelves as soon as possible – but unfortunately a release date has not yet been given.

In the meantime, fans of the franchise have been theorising over what is going to happen in the upcoming sixth book in the series.

However they may not be as pleased as they may hope, as the much-anticipated battle between the Clegane brothers may not occur.

This eventually led to Arya Stark and the Hound venturing to King’s Landing to kill the Mountain in a furious final battle. 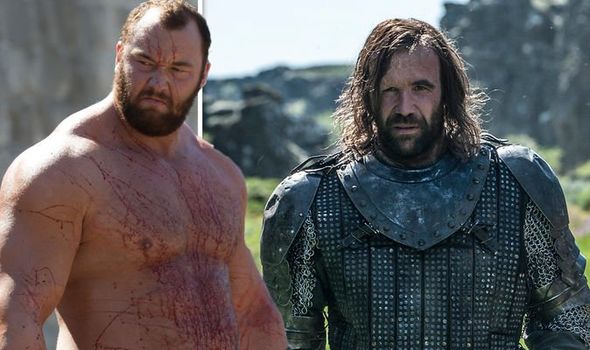 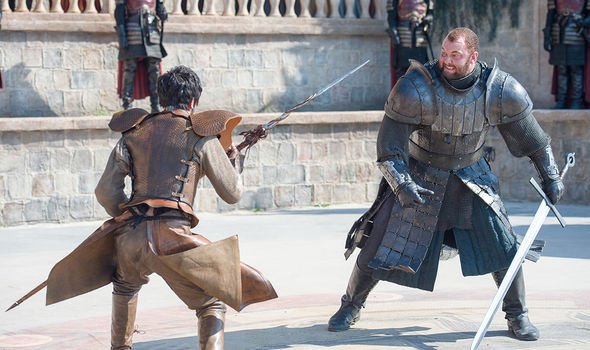 After an emotional goodbye between the Hound and Arya, the two brothers fought to the death on the steps leading up to the Queen’s chambers.

In a gripping scene, neither brother could get the upper hand, prompting the Hound to launch himself at Gregor and toppling them both over the edge of the towering inferno.

This seemed to be some sort of fitting end for the brothers, as their rage ultimately consumed them both.

However, fans of the novels may remember Gregor was last seen as a whole during his battle with Oberyn Martell. 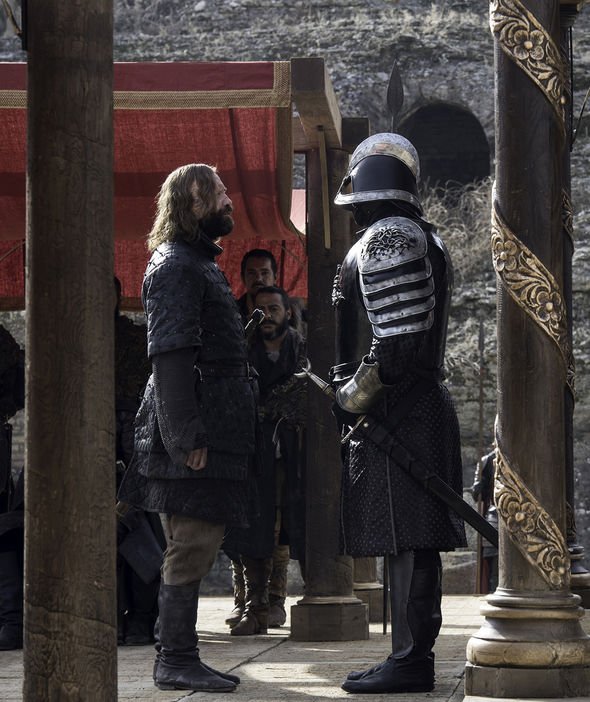 During the fight, Oberyn poisoned Gregor with a venom-tipped blade, bringing his life to an end.

The head of Gregor was later sent to the Martells to prove he had been killed in battle.

But Maester Qyburn did later go on to bring Gregor back to life – just with a different head.

It was never truly revealed what sort of state Gregor had been left in, but fans were certain he had retained some sort of zombie persona – similar to his on-screen iteration.

DON’T MISS…
Outlander author Diana Gabaldon announces new book on Jamie’s parents [NEWS]
Harry Potter books: How many books in Harry Potter canon? [INFO]
Twilight books: Will there be a Midnight Sun movie? When is it out? [INFO]

Meanwhile, in the ASOIAF books the Hound was left for dead after a skirmish with Arya Stark.

While Brienne of Tarth hears a number of stories throughout the books about the Hound being killed, book-readers are not certain he is truly dead, as a large gravedigger is spotted a few times throughout the story.

Could this change of circumstances mean the fabled Cleganebowl is not going to occur in the upcoming addition to the novel series?

News has also recently arisen regarding the Winds of Winter, and one of the many castles involved in its plot.

Illustrator Ted Nasmith recently spoke out about a commission of Eastwatch by the Sea from Martin, which fans are now convinced will be featured heavily in the new novel.

The artist explained: “Also, for Old Valyria, he helped me with information on the towers and their creation.

“You may have seen my small painting of Eastwatch by the Sea. That was a private commission, for which I relied on the very limited info in the novel.”

Winds of Winter does not yet have a release date.