Yes, They Found It in a Box

In 2013, 21 years after Theodor Seuss Geisel — a.k.a. Dr. Seuss — died, his widow was cleaning out a closet when she stumbled upon a box of her husband’s work that she had never seen before. Audrey Geisel immediately called Cathy Goldsmith, who had been the art director and designer for some of Dr. Seuss’ books at Random House. “I’ve found something that might be worth looking at,” Geisel told her.

Mallory Loehr, the senior vice president of Random House Children’s Book Group, flew out to La Jolla, Calif., with Goldsmith to inspect Geisel’s discoveries. “They had spread out the papers on a huge glass dining room table, grouping them in sets,” Loehr recalls. “We were agog with delight and awe.” One of the first things they noticed was a completed draft of “What Pet Should I Get?,” which Random House proceeded to publish in 2015. 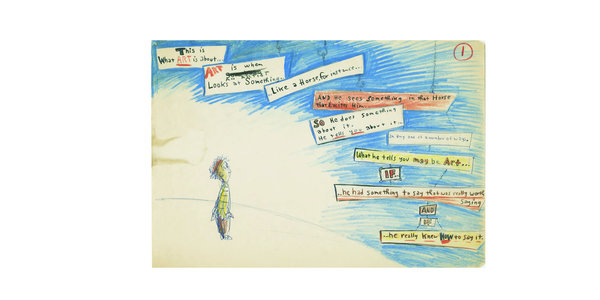 But the other thing that stood out that day was a manuscript in progress called “The Horse Museum,” a children’s book about understanding art. Unlike “What Pet Should I Get?,” it wasn’t publication-ready, so the company brought in Andrew Joyner to create illustrations based on Seuss’ rough sketches. “There’s a strong through-line from Seuss to Joyner,” Loehr says. “It’s Joyner’s work, but you will see Dr. Seuss in it.” “Dr. Seuss’s Horse Museum” enters the list this week at No. 1.

[ Read our review of “Becoming Dr. Seuss: Theodor Geisel and the Making of an American Imagination.” ]

Random House estimates that both manuscripts were written in the mid-1950s, not long before the 1957 publication of “The Cat in the Hat.” “For one thing, the children in ‘What Pet Should I Get?’ are the same children from ‘One Fish, Two Fish,’” explains Dominique Cimina, the executive director of publicity for Random House Children’s Books. “For another, we relate it to a time when Dr. Seuss was working on a TV script with some Cooper Union students about how to explain modern art to people.”

Will Random House publish anything else from the box? Loehr hedges. “There were a lot of things in there,” she says, “but you can’t just pluck them out and publish them; you have to figure out the right way to do it. And if there’s not a right way — then you just don’t.”