10 Celebrities Who Dated Their Childhood Sweethearts

For most, childhood crushes are fleeting. The people you find cute as a kid may seem like the perfect suitors at the time, but once you leave your hometown, there’s a good chance that crush no longer feels so significant — especially if you go off and become super-famous. However, there are more celebrities who dated their childhood sweethearts than you may realize, and they all the have the ultimate meet-cutes. And while some only lasted for a few months, others have gotten engaged, married, and started families together, so I guess it’s never too early to meet your special someone.

Celebs usually stick to dating other A-listers, and I don’t blame them. It’s hard enough to deal with the pressure of fame (or so I imagine) without subjecting your non-famous partner to the scrutiny. However, plenty of famous folks have done it, and IMO, it’s even cuter when those stars romance someone from their past. Whether they met their future SOs in high school, middle school, or as toddlers, I’ve rounded up some celebrities who reconnected with childhood friends years later and ended up dating. If you don’t already believe in the concept of soulmates, then some of these celebrity couples may change your mind. 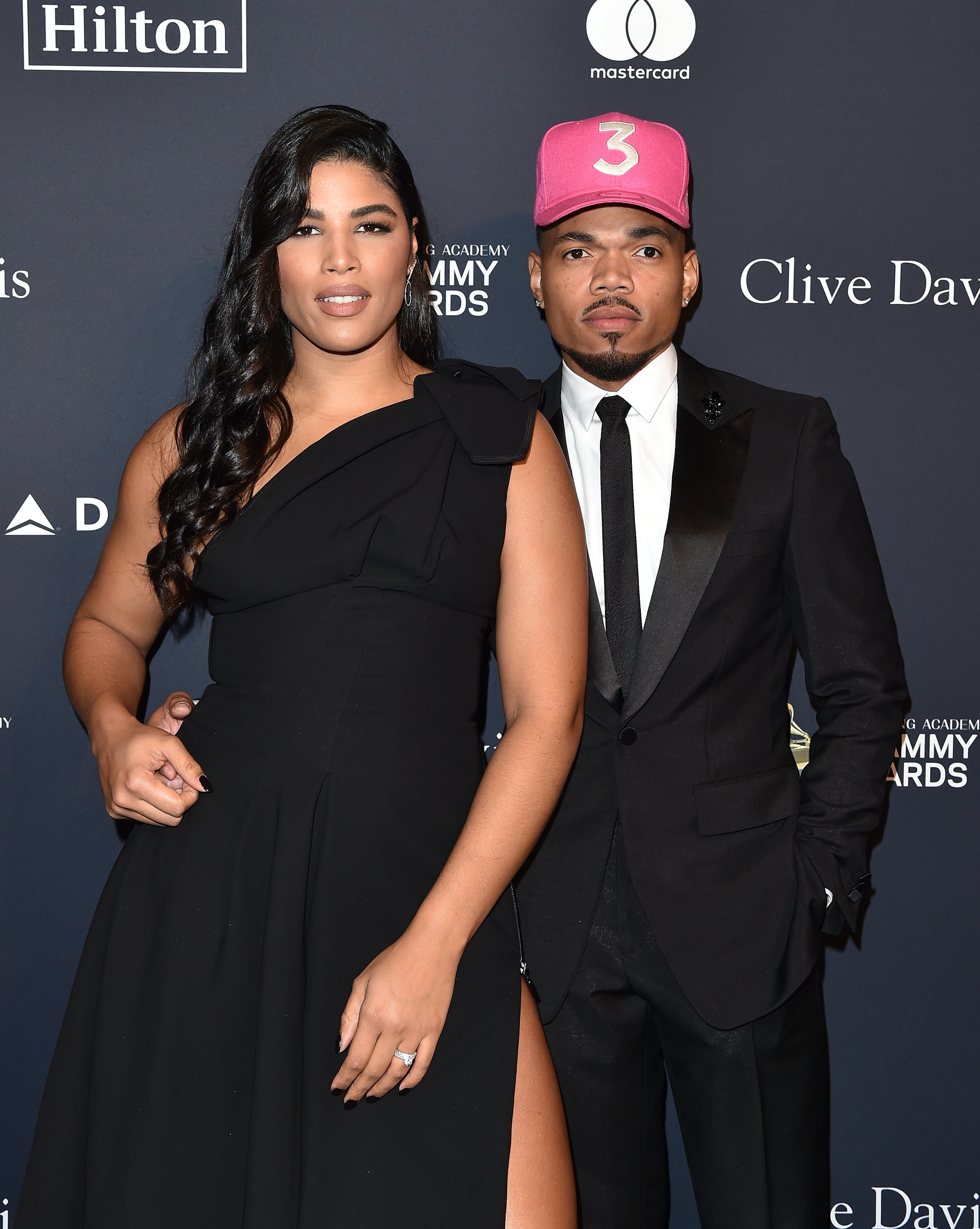 In a March 2019 tweet, Chance The Rapper revealed how he first met Kirsten Corley at their parents’ office party back in 2003 when they were both 10 years old. Apparently, he saw her performing a dance routine to a Destiny’s Child song and "knew [he] was gonna marry that girl." Though it’s unclear how they reconnected, Chance and Corley finally got together a decade later, and now they’re married with two daughters. 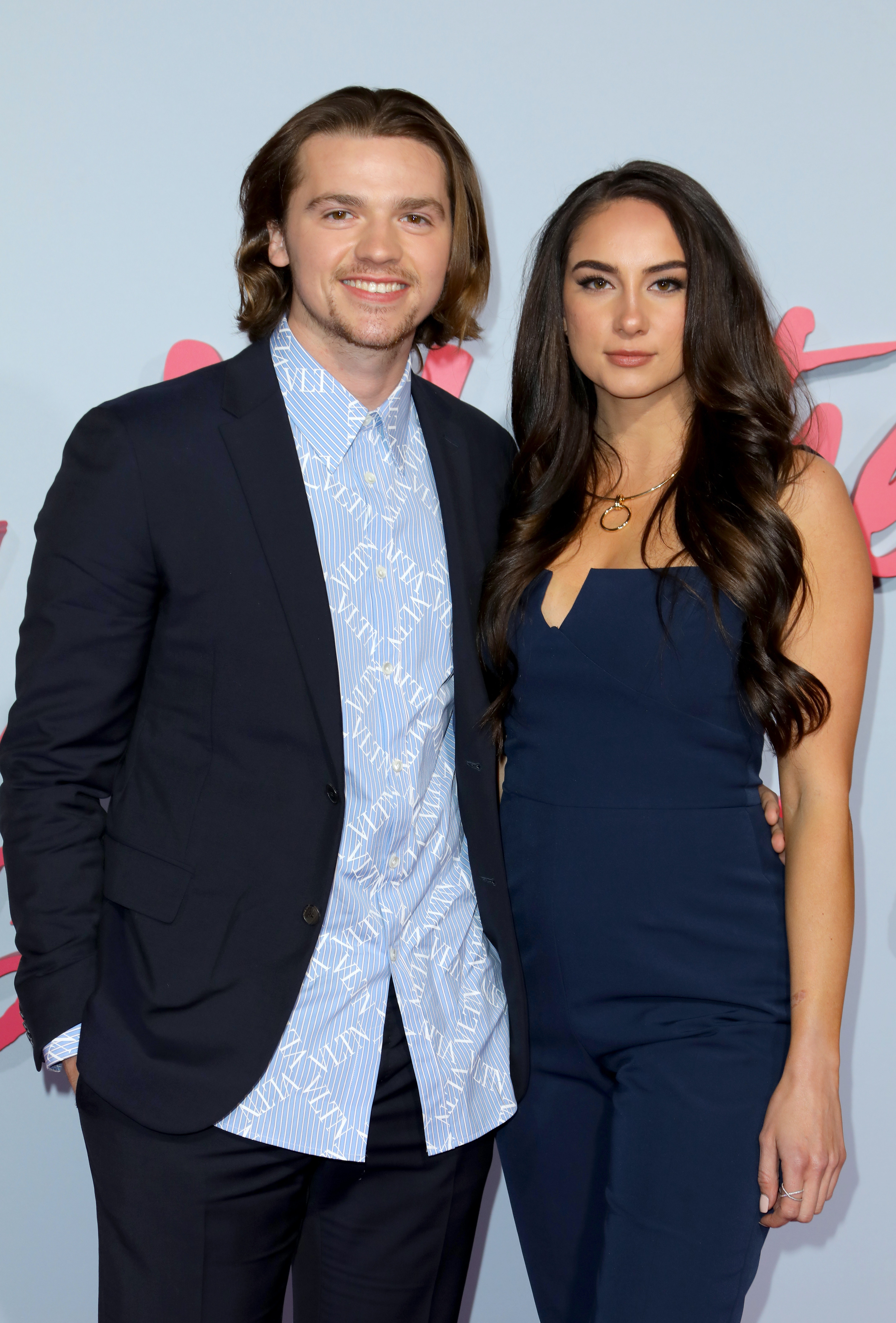 Though they didn’t get together until 2017, The Kissing Booth star Joel Courtney has known Mia Scholink since childhood. As Courtney explained to People in September 2020, their parents had known each other before he and Scholink were even born. "My dad did some web development work for her dad’s business, and they met through church, and by the time Mia and I were born, we hung out for three or four years running around in diapers and play dates," he said. According to Courtney, he reconnected with his childhood friend in 2015, and in 2020, they finally tied the knot. Little is known about Camila Mendes’ short-lived relationship with Victor Houston, but reportedly, the two knew each other from high school, per E! News. After attending neighboring high schools in Florida, Mendes and Houston reportedly reunited in New York City and started dating in 2018, though their relationship reportedly only lasted for four months. 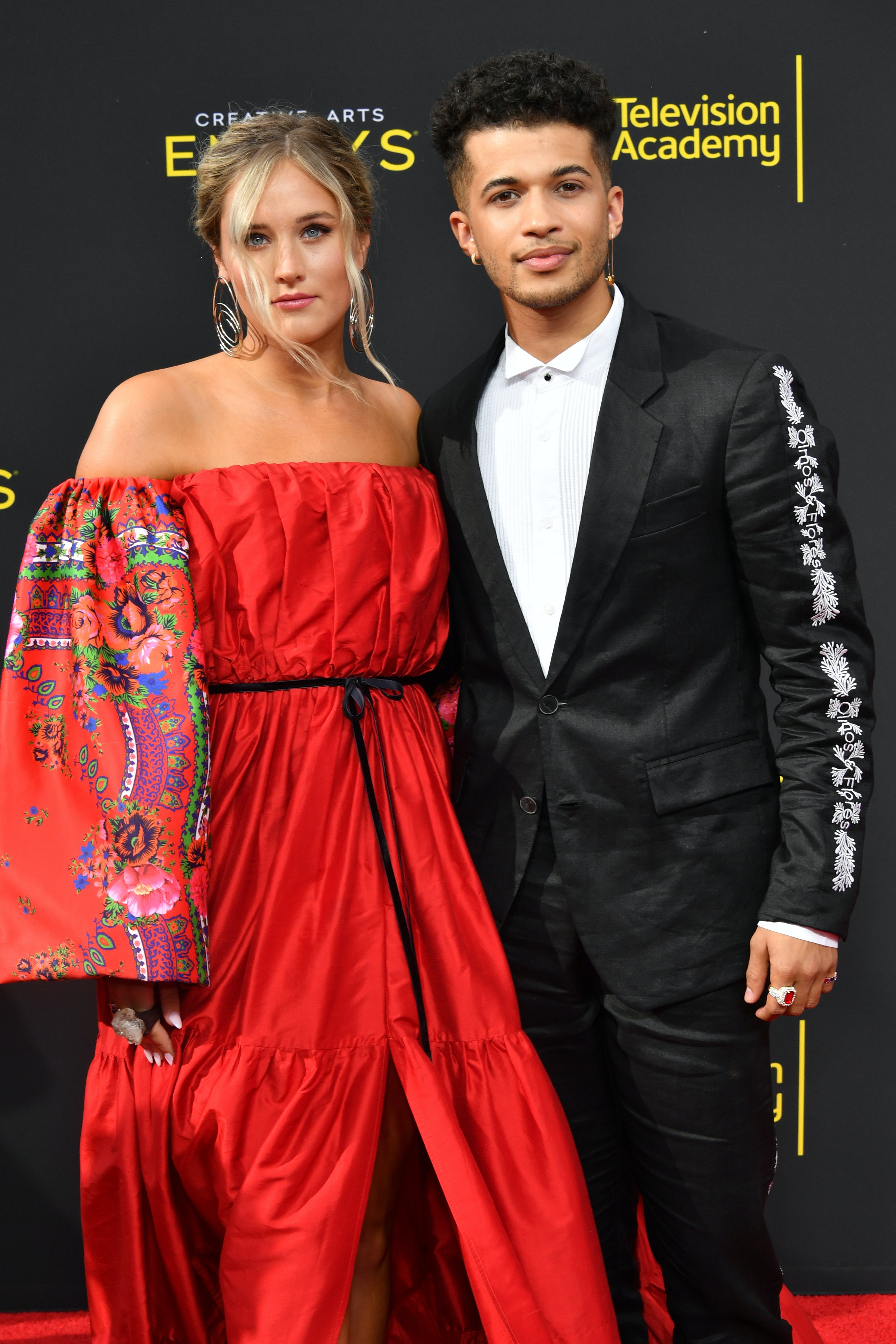 Jordan Fisher and Ellie Woods first met as teens in Birmingham, Alabama while attending the same theater conservatory, and they were "best friends for over a decade" before they started dating, as Fisher told Us Weekly during a June 2019 interview. "…there was a pretty easy transition into going into dating, and then it didn’t take any time at all for me to know she was my person," he added. The two went from friends to more-than-friends in 2017, and in 2020, the couple got married. 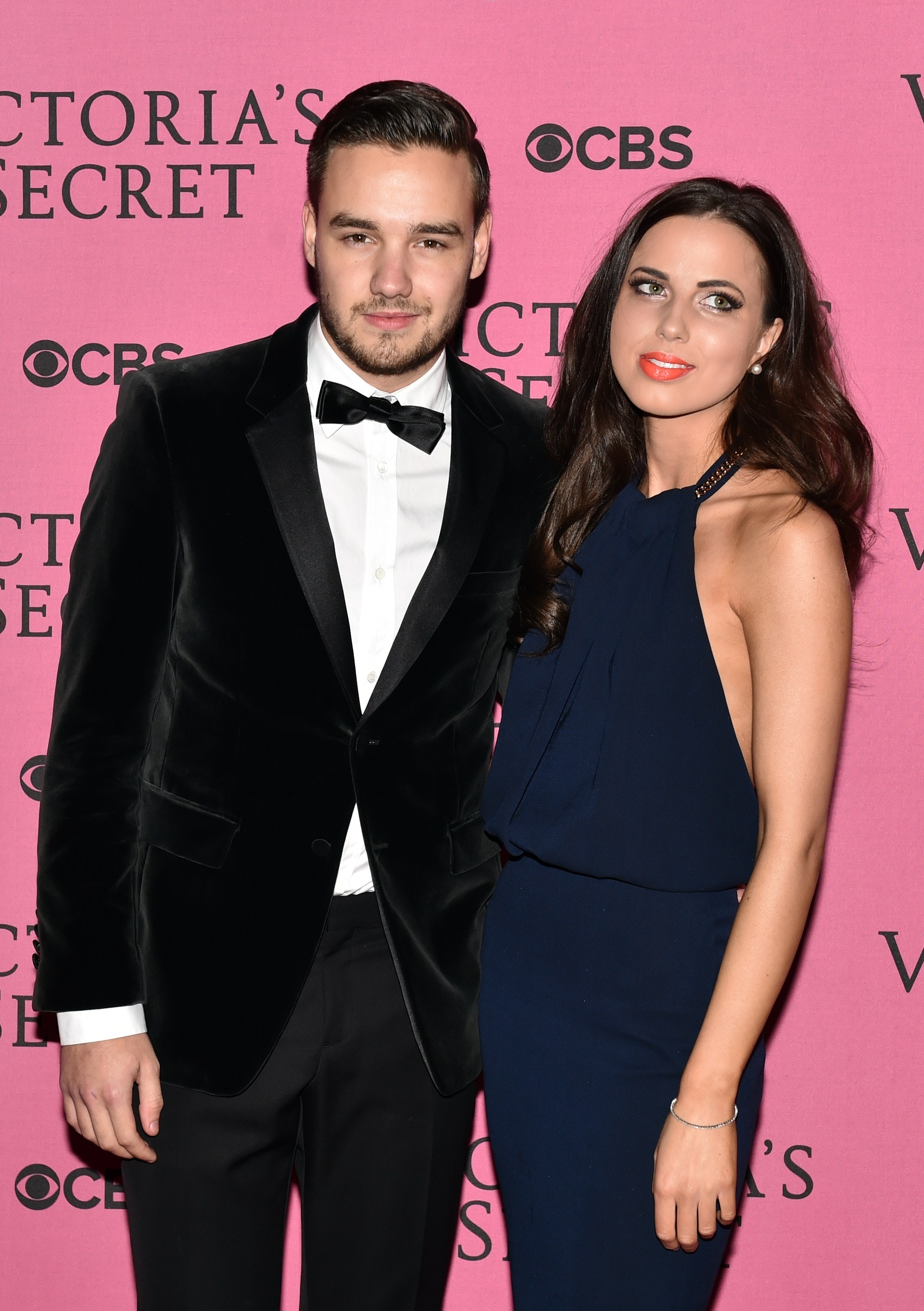 Former One Direction member Liam Payne first connected with Sophia Smith while attending St. Peter’s Collegiate School in Wolverhampton, England. "I didn’t actually go out with her at the time," he told Attitude during a October 2015 interview. "I used to see her at school and we’d kind of chat. I asked her sister for her number. She was very shy and didn’t give much indication that she liked me, so I just assumed that she wasn’t interested, as well as thinking she was way too hot for me, anyway." The two finally struck up a romance years later in 2013, but they ended up calling it quits two years later. 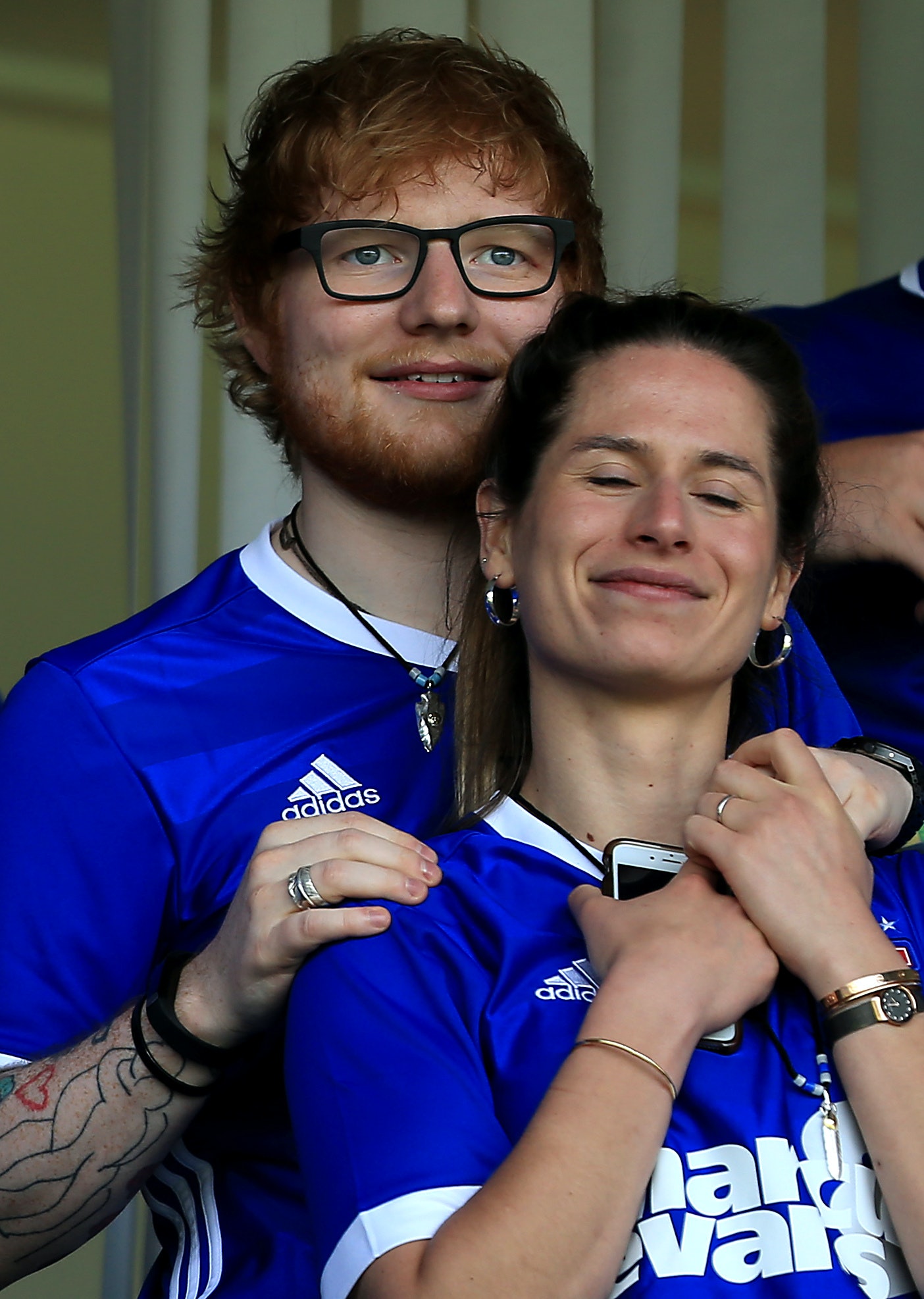 Ed Sheeran and Cherry Seaborn first crossed paths as students at Thomas Mills High School in Suffolk, England, where they were friendly but never more than friends. Sheeran ended up dropping out of school at 16 to pursue music, but in 2015, he and Seaborn reconnected in New York City.

"She worked on Wall Street in New York, and I had like six shows. It was around then, and we reconnected," Sheeran explained to People in March 2017. "I went on tour again, and then I went to Taylor [Swift]’s 4th of July party. I was texting [Seaborn], and she was like, ‘I’m in Rhode Island at a 4th of July party,’ and I was like, ‘So am I.’ I kinda said to Taylor, ‘Can I invite one of my old schoolmates?’ The rest is history." The two married in 2019, and they welcomed their first child in 2020. 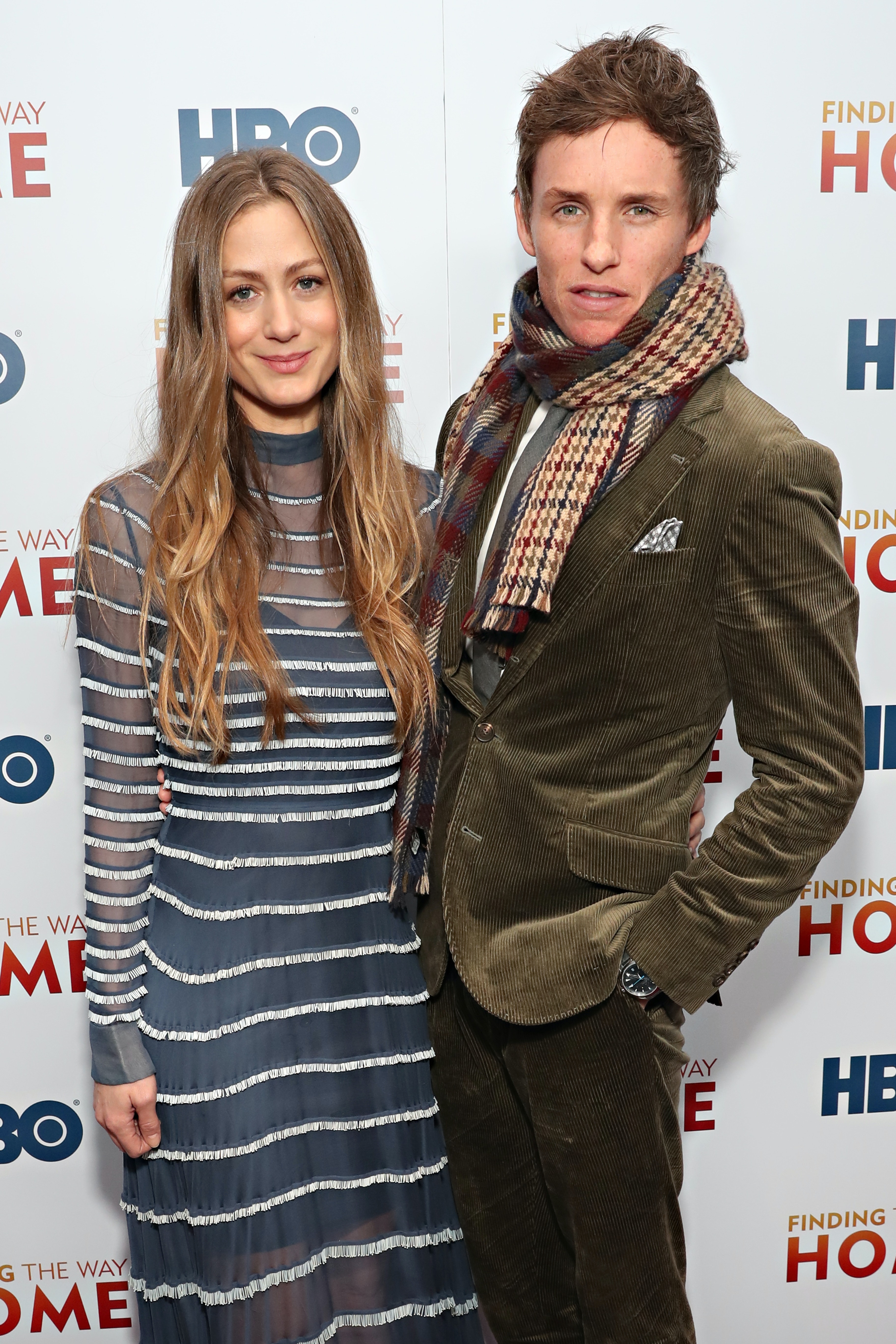 While attending Eton College, an all-boys’ boarding school in England, Fantastic Beasts and Where to Find Them actor Eddie Redmayne met Hannah Bagshawe, who attended a neighboring boarding school for girls. As Redmayne told the Daily Mail in January 2015, Bagshawe and her friends planned a charity fashion show, and Redmayne volunteered to walk the runway — shirtless. Despite being "this pasty, freckly guy," he caught Bagshawe’s eye, and the two became friends. Things turned romantic when Redmayne invited Bagshawe to join him on a trip to Florence in 2012, and now the two are married with two children. 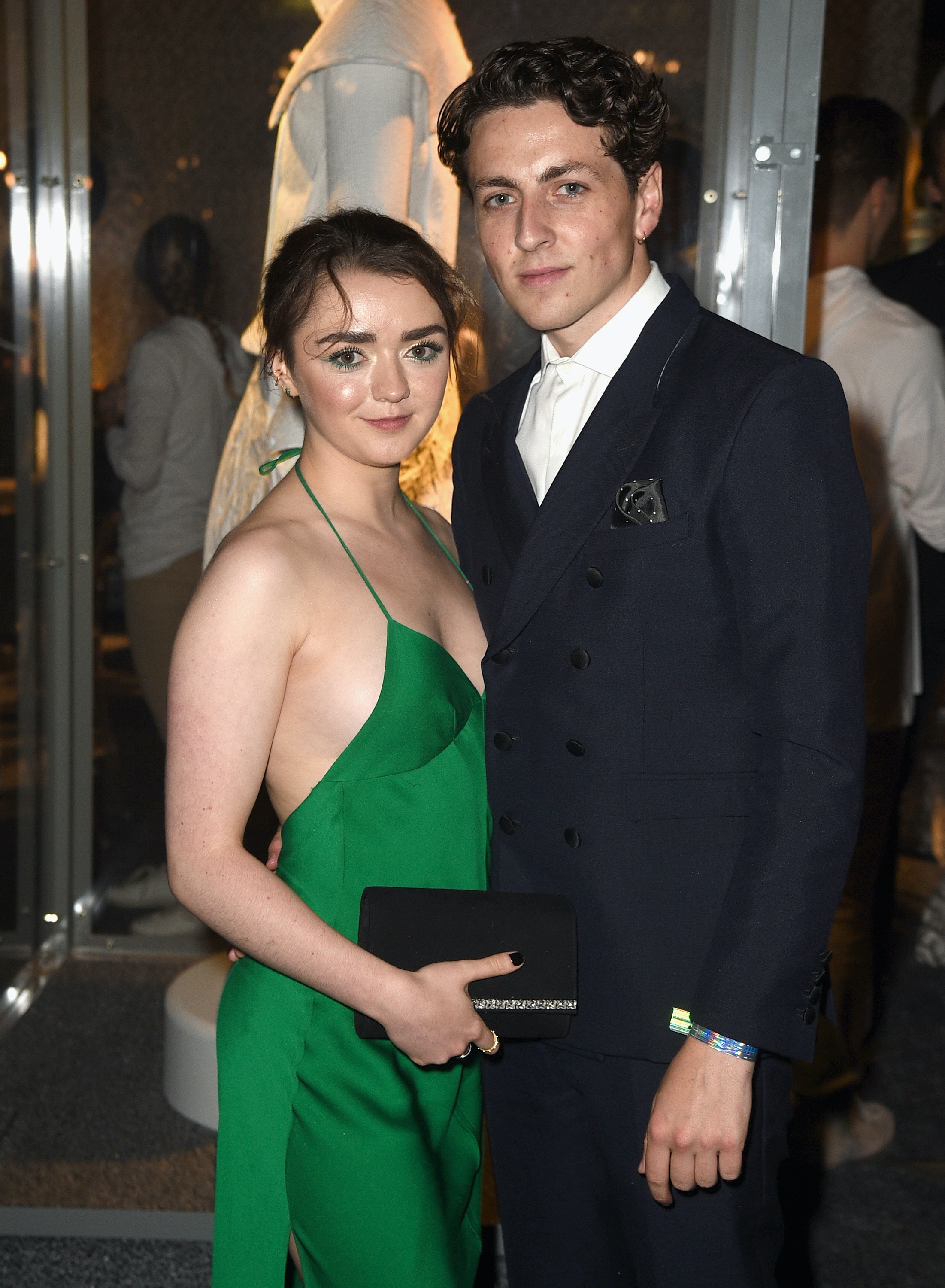 In April 2016, Game of Thrones star Maisie Williams revealed she was dating her former classmate Ollie Jackson and had been for over a year. "I guess you could say things are getting pretty serious," she told InStyle UK. "He’s not famous. I met him at school and now he’s my boyfriend! I just like normal people, I guess. People feel it’s strange that someone who’s famous can go out with someone who’s normal. I don’t meet anyone else." She and Jackson continued dating for another two years before they went their separate ways in 2019. 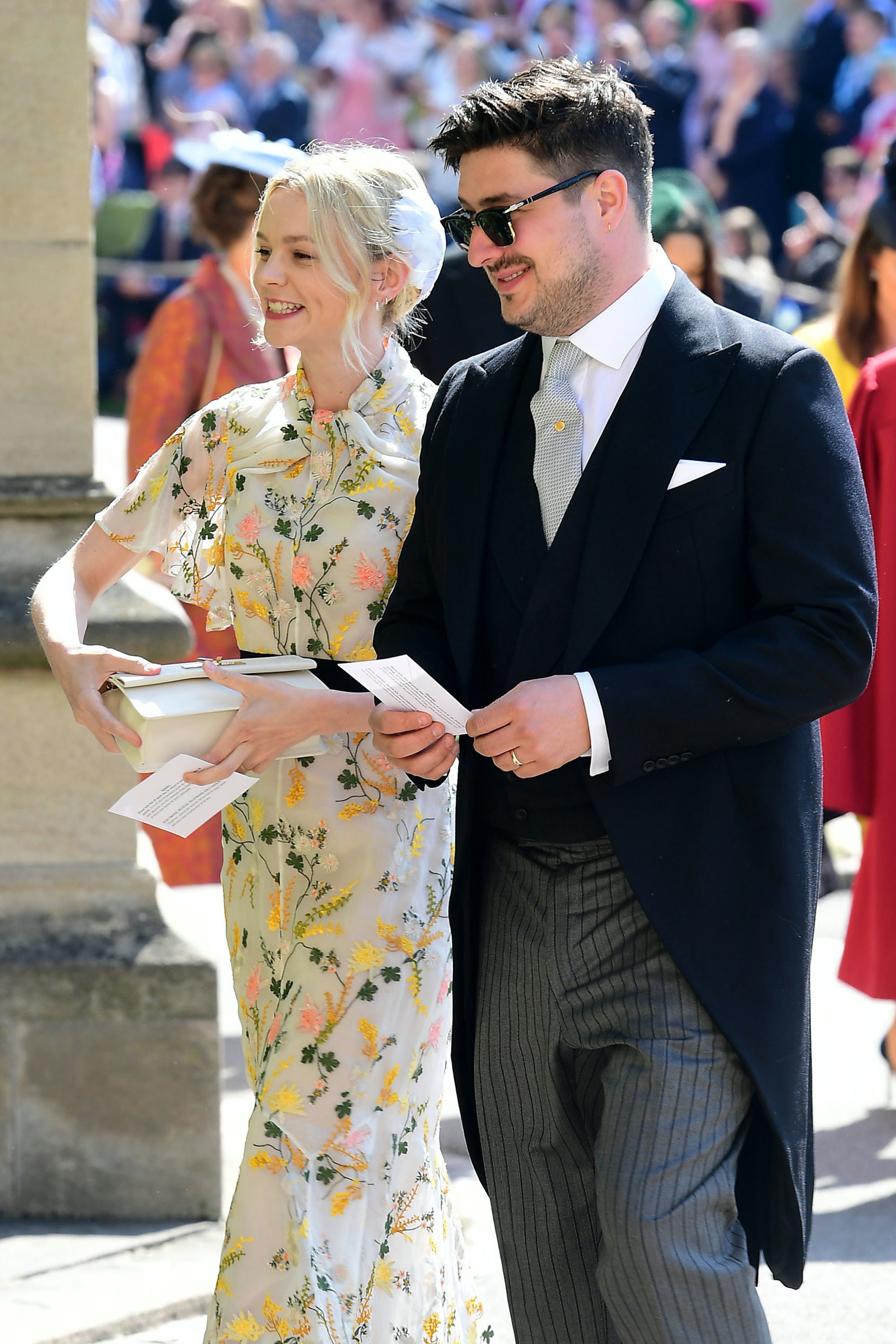 The Great Gatsby star Carey Mulligan met Marcus Mumford of Mumford & Sons at a Christian church camp when they were preteens, and they decided to stay in touch through letters. It’s unclear how long the two were pen pals, but they reportedly reconnected IRL at a party in 2011. By 2012, they were married, and the couple has since welcomed two children together. 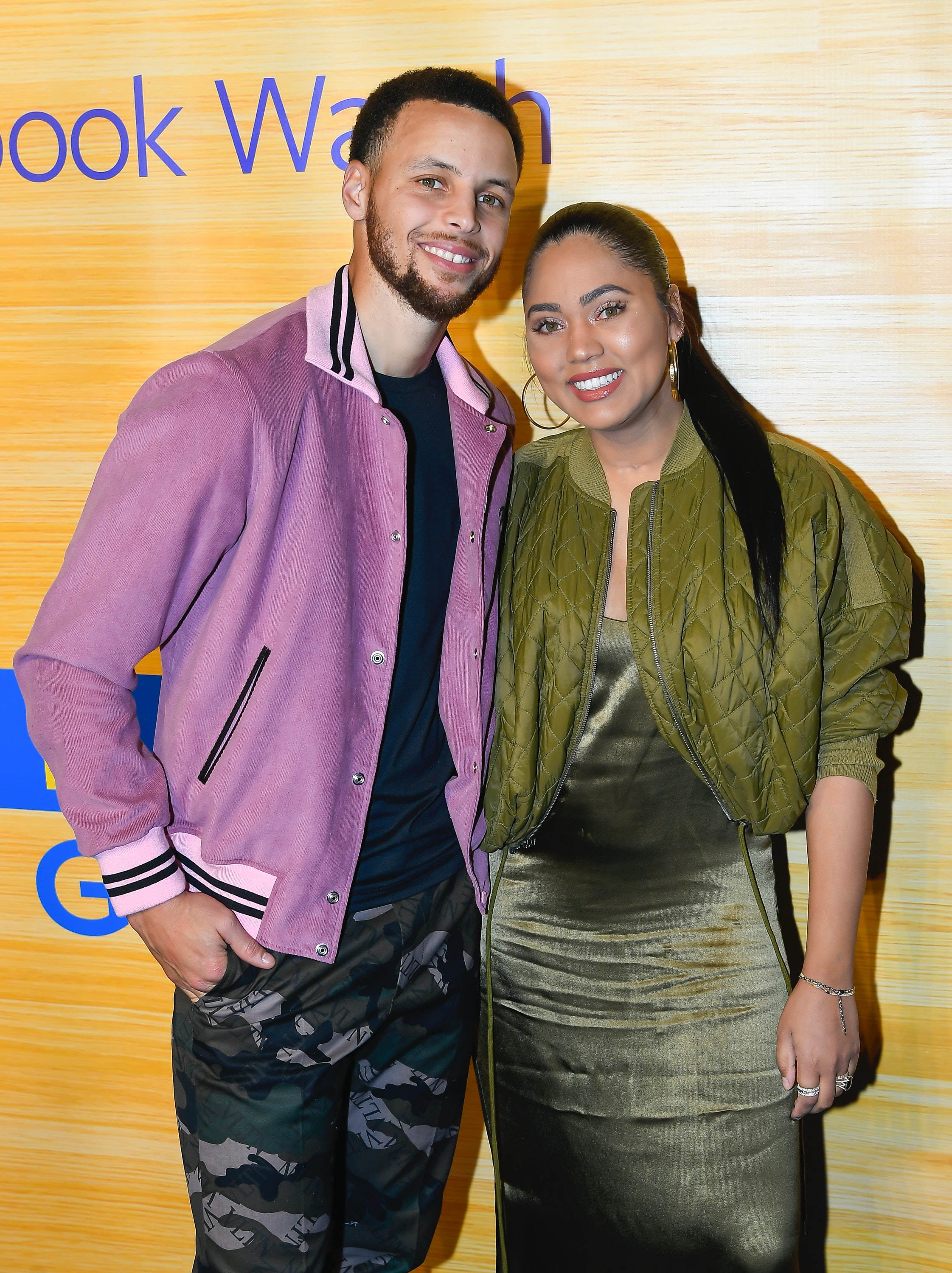 Stephen Curry met Ayesha Curry when they were young teens at their church in North Carolina, and the NBA star had a crush from the start. "I always had my eye on her, but I got a little shaken, for sure," he confessed to Parents in April 2016. Years later, he reached out to his future wife while on a trip to Los Angeles, where she was pursuing a career as an actor, and sparks flew. In 2011, they ended up tying the knot in the church where they met as kids, and the couple now has three kids of their own.

Who know — maybe you’ve already met your soulmate and don’t even know it!