When you’re a couple in the limelight, it seems like breakup rumors come with the territory. Whether they’ve been together for a few weeks or a few decades, Hollywood duos are rarely safe from the prying eyes of tabloids, and TBH, it’s impressive any A-list couples manage to stay together at all. Many pairs choose to ignore speculation, and while I totally respect that, there’s nothing more satisfying than when celebrity couples shut down breakup rumors themselves. From straightforward statements to sassy quips, a few A-listers have clapped back at tabloids in an epic way, and they all deserve a round of applause.

Of course, some rumored celeb breakups end up being true. Fans hoped Kim Kardashian West and Kanye West’s reported divorce wouldn’t actually pan out, but that sadly wasn’t the case. And while Lili Reinhart and Cole Sprouse denied split rumors throughout the majority of their two-year relationship, the Riverdale co-stars eventually called it quits for good. However, for some Hollywood sweethearts, no amount of malicious rumors can tear them apart, and they aren’t afraid to set the record straight. Here’s hoping these celebrity couples stick together for the long run, because they’re doing a great job so far.

In March 2021, fans collectively mourned when Page Six broke the news of Jennifer Lopez and Alex Rodriguez’s reported split. According to the outlet, the duo ended things due to Rodriguez’s rumored affair with Southern Charm‘s Madison LeCroy, saying it was "the reason they finally broke up. There were already problems, but Jennifer was really embarrassed by it." Several other outlets reportedly confirmed the split, but just a day later, J. Lo and A-Rod shut down the speculation. In a statement released to CNN, TMZ, and People, the couple said they’re "working through some things" but are actually still together.

Just in case there was any doubt remaining, Lopez posted a TikTok of herself dancing to Saweetie’s "Pretty B*tch Freestyle" while false headlines about her rumored breakup with Rodriguez flash across the screen. The couple also shared a smiley selfie on Instagram, so I think it’s safe to say these two are A-OK. 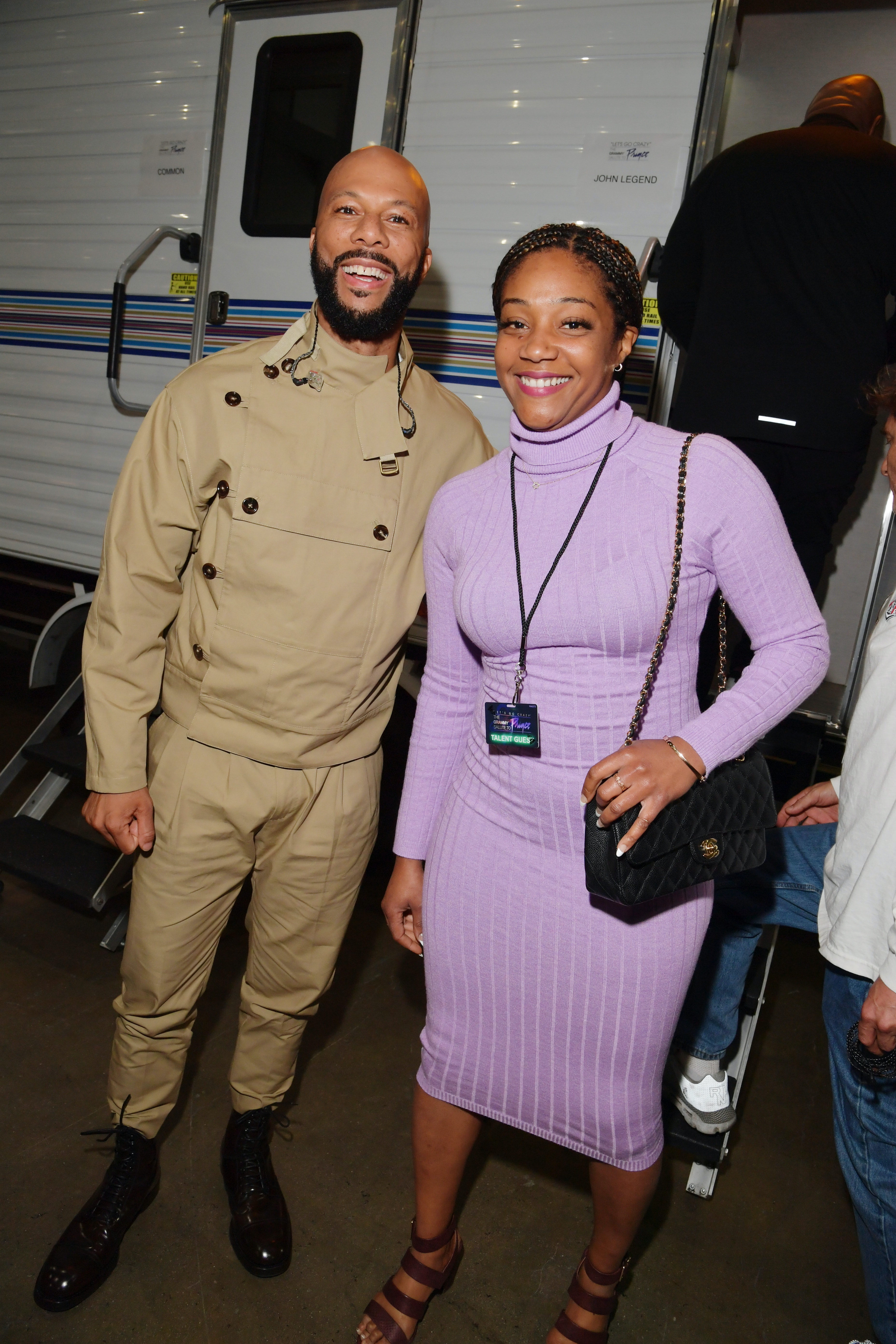 Tiffany Haddish and Common have been giving everyone heart-eyes ever since they went public with their relationship in July 2020, which is why fans were so bummed when rumors of a possible breakup started to circulate three months later. The rumor started when Common reportedly unfollowed Haddish on Instagram in October 2020, but luckily, the duo quickly shut down the speculation in an IG Live together. A few days later, Common gushed about his GF during an appearance on The Karen Hunter Show, calling her "a really incredible human being." No drama to see here! 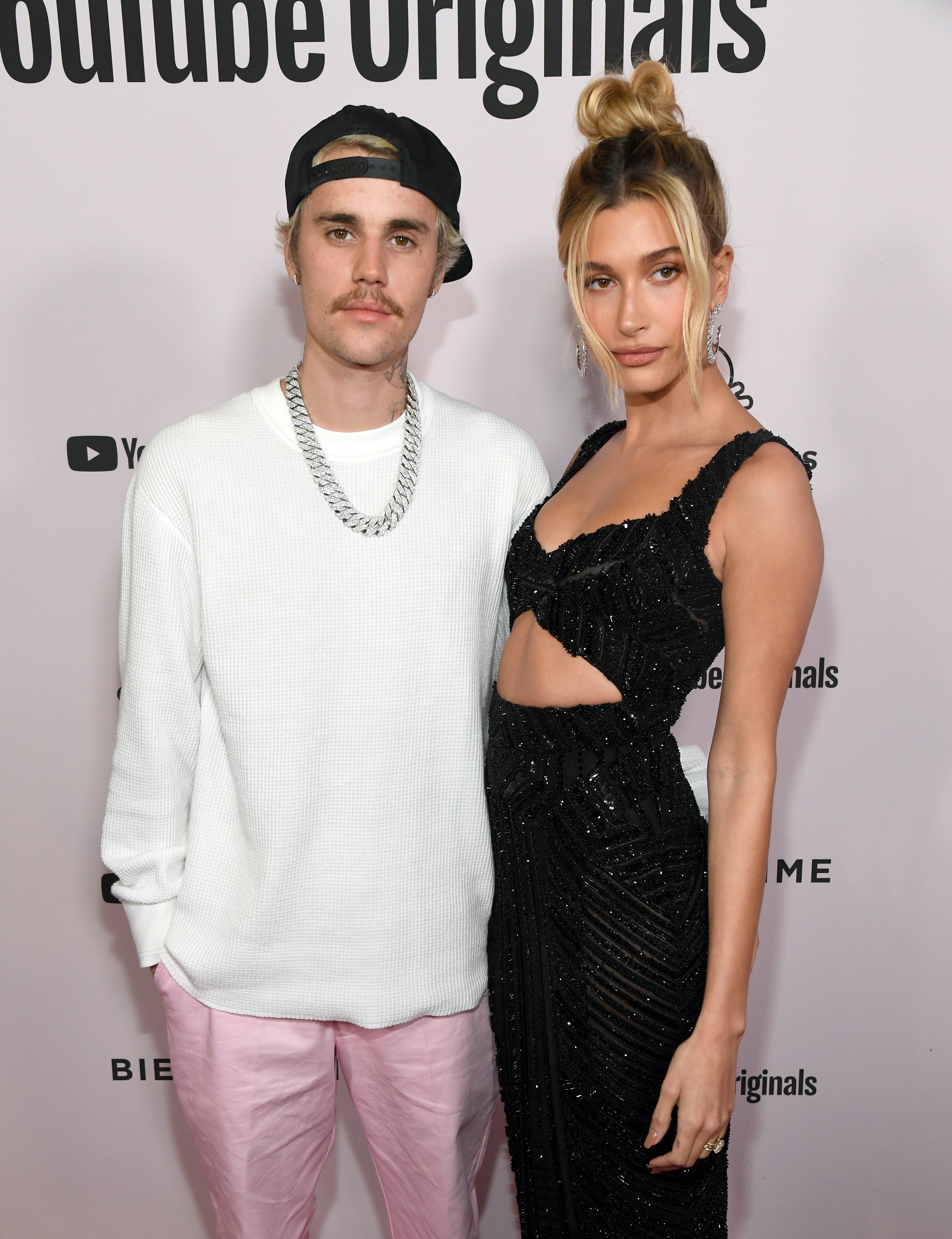 Some fans might have been skeptical about Justin Bieber and Hailey Baldwin’s whirlwind romance, but after two-and-a-half years of marriage, these two are still going strong. However, back in March 2019, a source for Us Weekly reportedly claimed Bieber’s friends were "concerned about his relationship with Hailey," adding the two were "still having trust issues and a hard time." It wasn’t long before Baldwin cleared up the speculation in her Instagram Stories, writing, "don’t believe what ya read on the internet folks" along with a sticker that said "fake news." 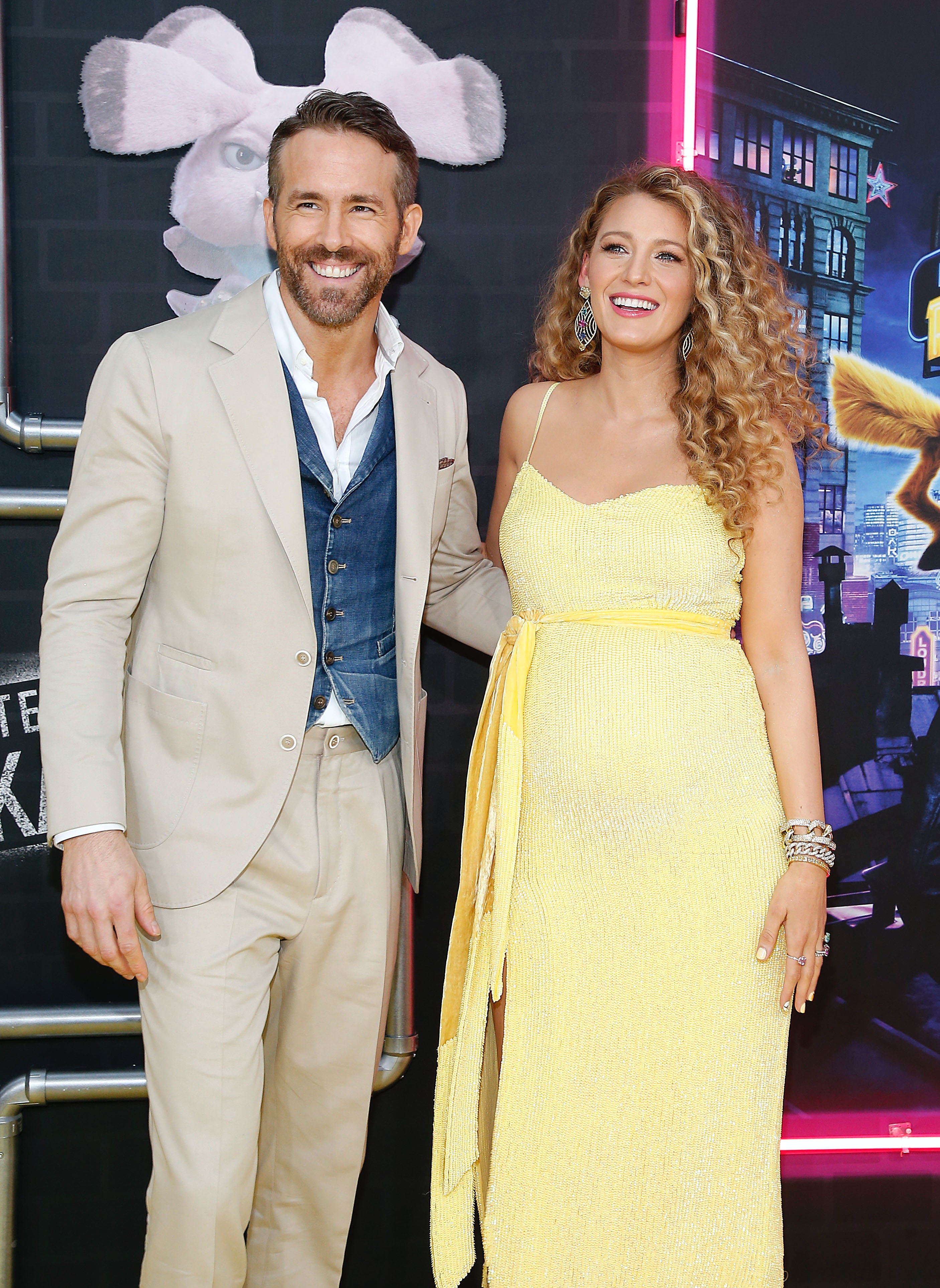 Over the course of their eight-year marriage, Blake Lively and Ryan Reynolds have dealt with their fair share of breakup rumors, but when a source for OK! magazine reportedly claimed the couple was "struggling to spend quality time" together in March 2018, Reynolds decided to clap back. After retweeting the article, Reynolds jokingly wrote, "I wish. I could use a little ‘me time.’"

Not long after, Yahoo Entertainment published a story about Reynolds’ red carpet appearance with his wife and mom for the premiere of A Quiet Place, which they shared on Twitter with the caption, "Ryan Reynolds joins Blake Lively and his mom on red carpet after shutting down split rumors." Reynolds’ response: "We’re never splitting. She’ll always be my mom. No matter how much jazz-cabbage she smokes with her rollerblading friends." 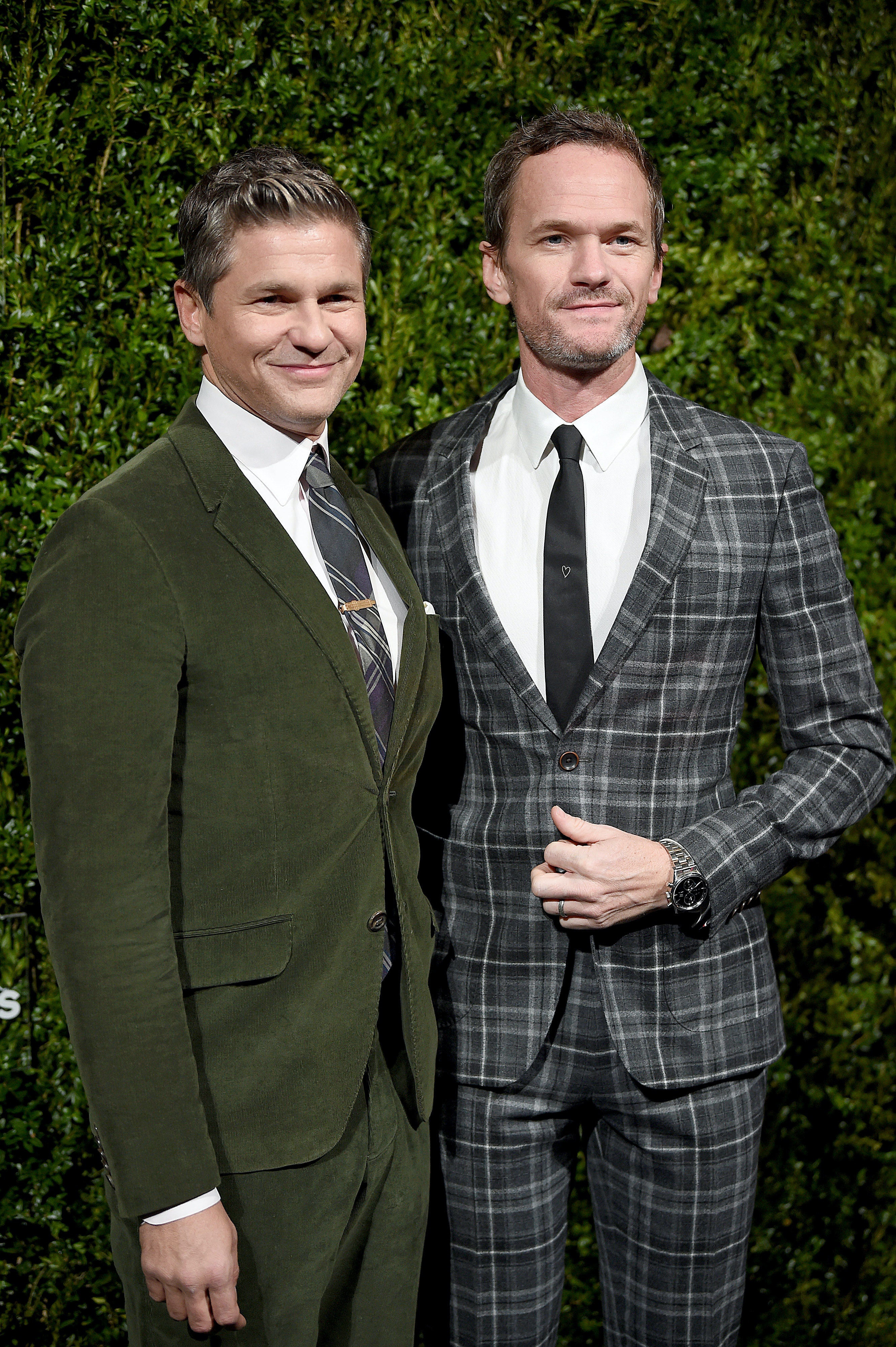 The idea of Neil Patrick Harris and David Burtka splitting is unfathomable IMO, but in August 2014, the National Enquirer reported that the couple called it quits after a decade together. Thankfully, that report was total BS, and Harris let fans know in an Instagram post. Alongside a pic of Burtka and their two kids, Harris wrote, "I couldn’t be more in love with my family. Any reports to the contrary are woefully mistaken." 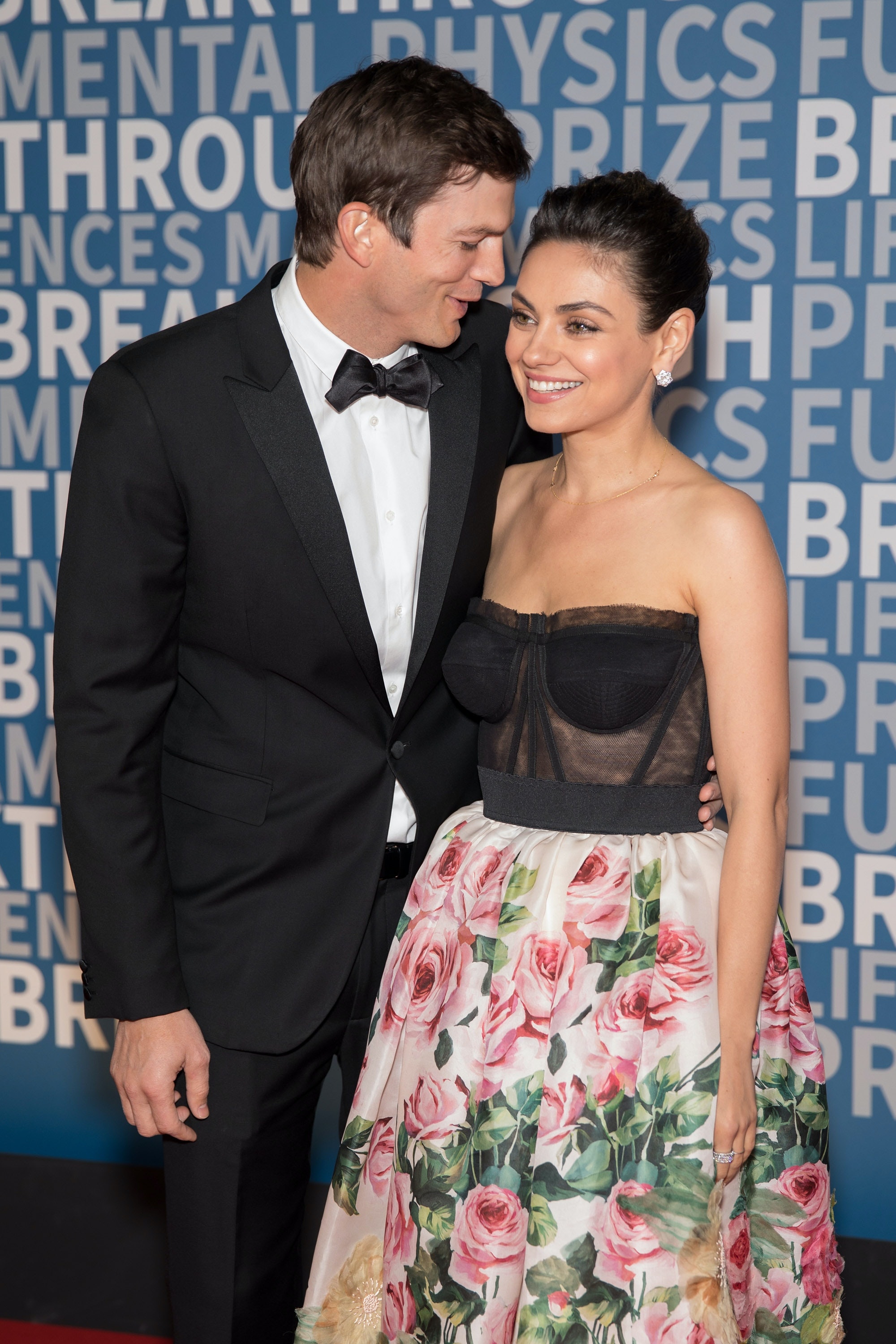 Mila Kunis and Ashton Kutcher have an adorably chill bond, and when In Touch Weekly claimed the couple was splitting up in June 2019, the actors responded in a totally on-brand way. To put the rumors to rest, the two hilariously trolled the magazine with an Instagram video, where they poked fun at the publication’s claims about their marriage. Kutcher captioned the video, "I guess it’s over @intouchweekly have fun selling magazines this week. Maybe next week my wife will be having twins. For the third time. But who’s counting." 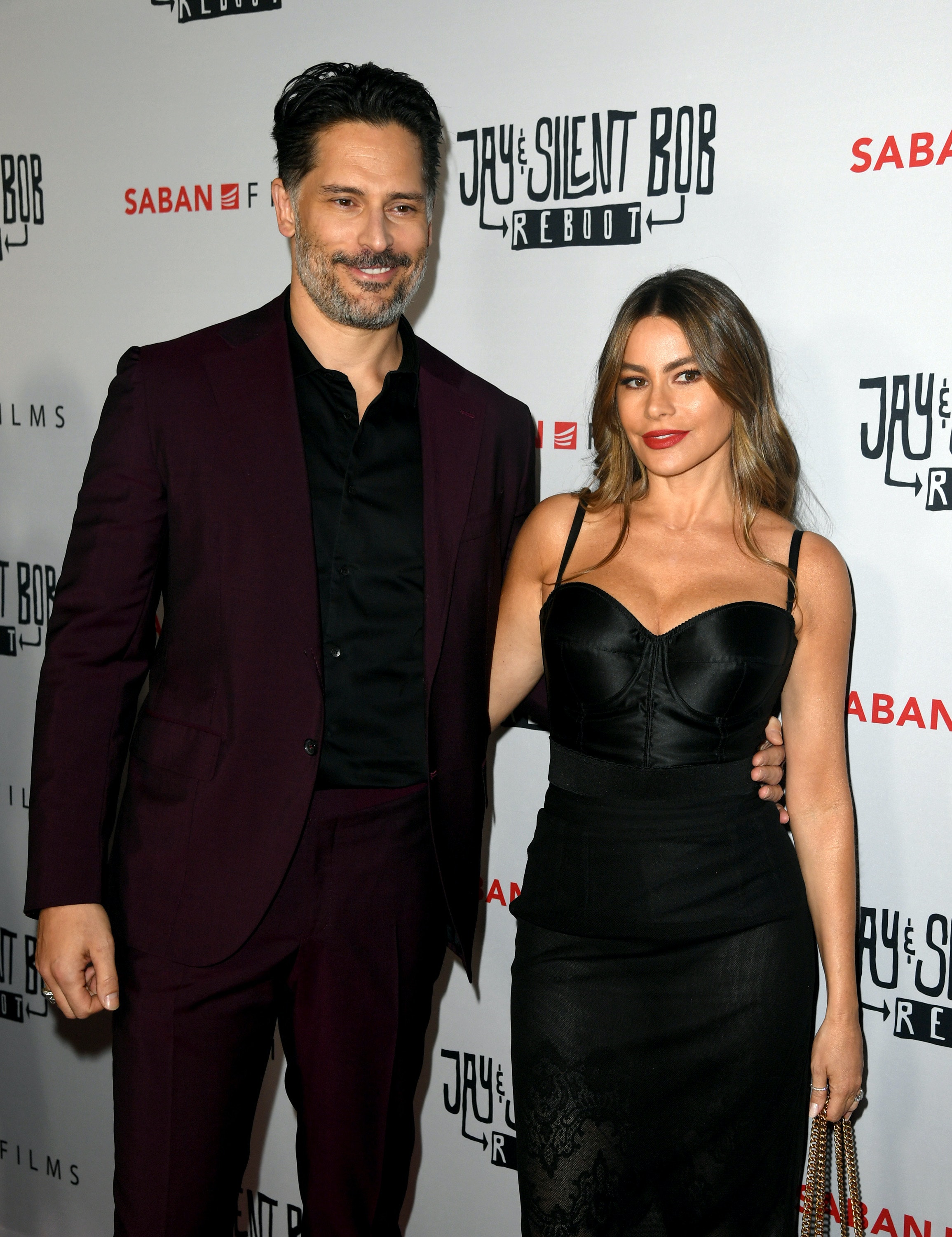 When Star magazine claimed Sofia Vergara and Joe Manganiello were divorcing after 17 months of marriage because of an alleged affair, the Modern Family star decided to fire back. In a May 2017 IG post, Vergara called the magazine editor an "idiot," noting that the mystery guy with whom she was photographed was, in fact, a friend and the producer of the movie she was shooting at the time. Manganiello also responded to the fake tabloid headline, writing, "They are run by malicious trash. Do the world a favor and don’t buy their garbage." 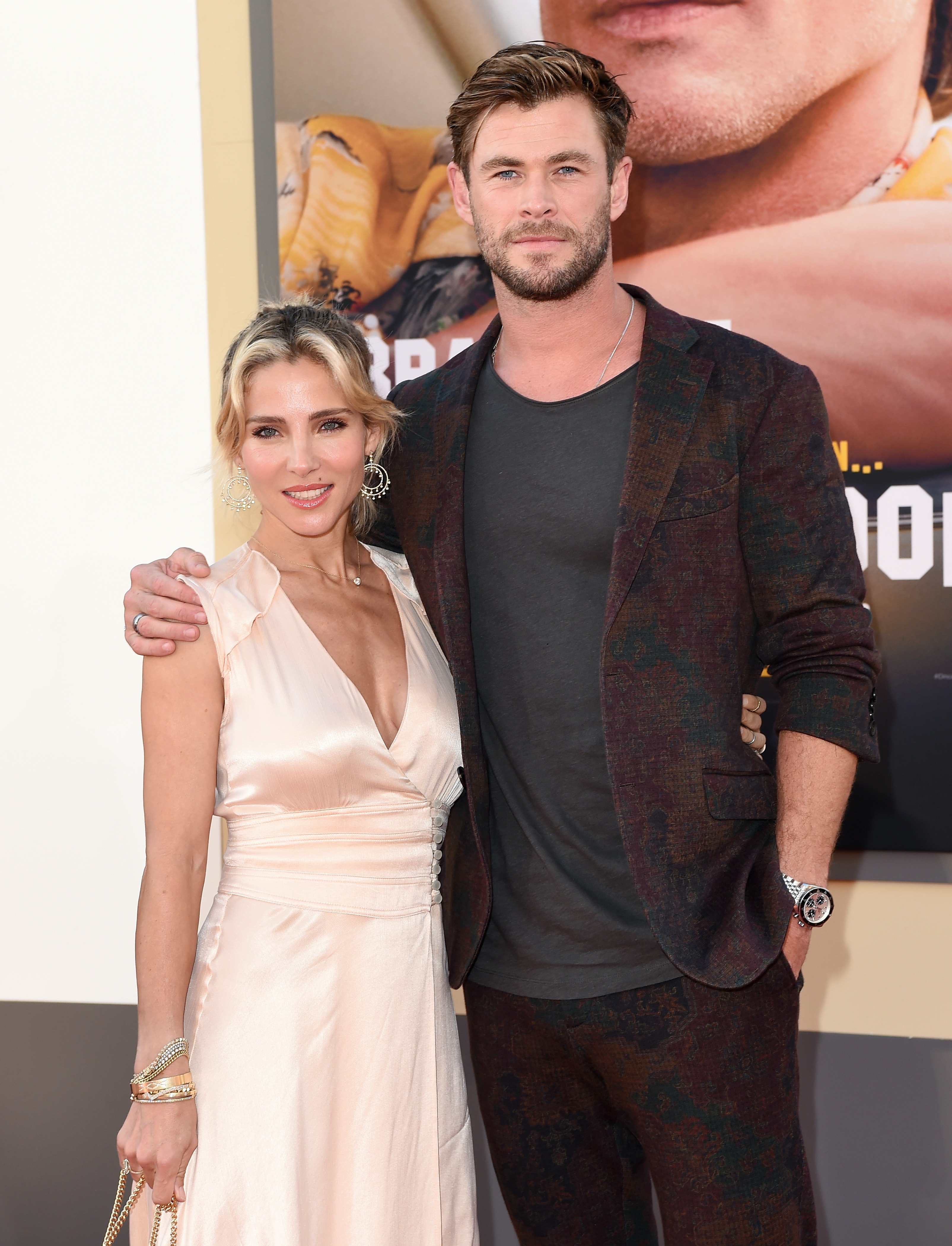 In October 2016, Woman’s Day Australia got fans freaked out when a source for the magazine reportedly claimed Chris Hemsworth and Elsa Pataky’s six-year marriage was on the rocks. "They’ve decided they need space, and they’ve been taking a little break from each other," a source reportedly claimed. Hemsworth later poked fun at the rumors on Instagram, where he posted a pic of himself looking off into the distance while sitting beside Pataky in a boat. "Looking for a new wife according to @womansdayaus and other misleading outlets!" he captioned the snap. "Honey you still love me right?!" 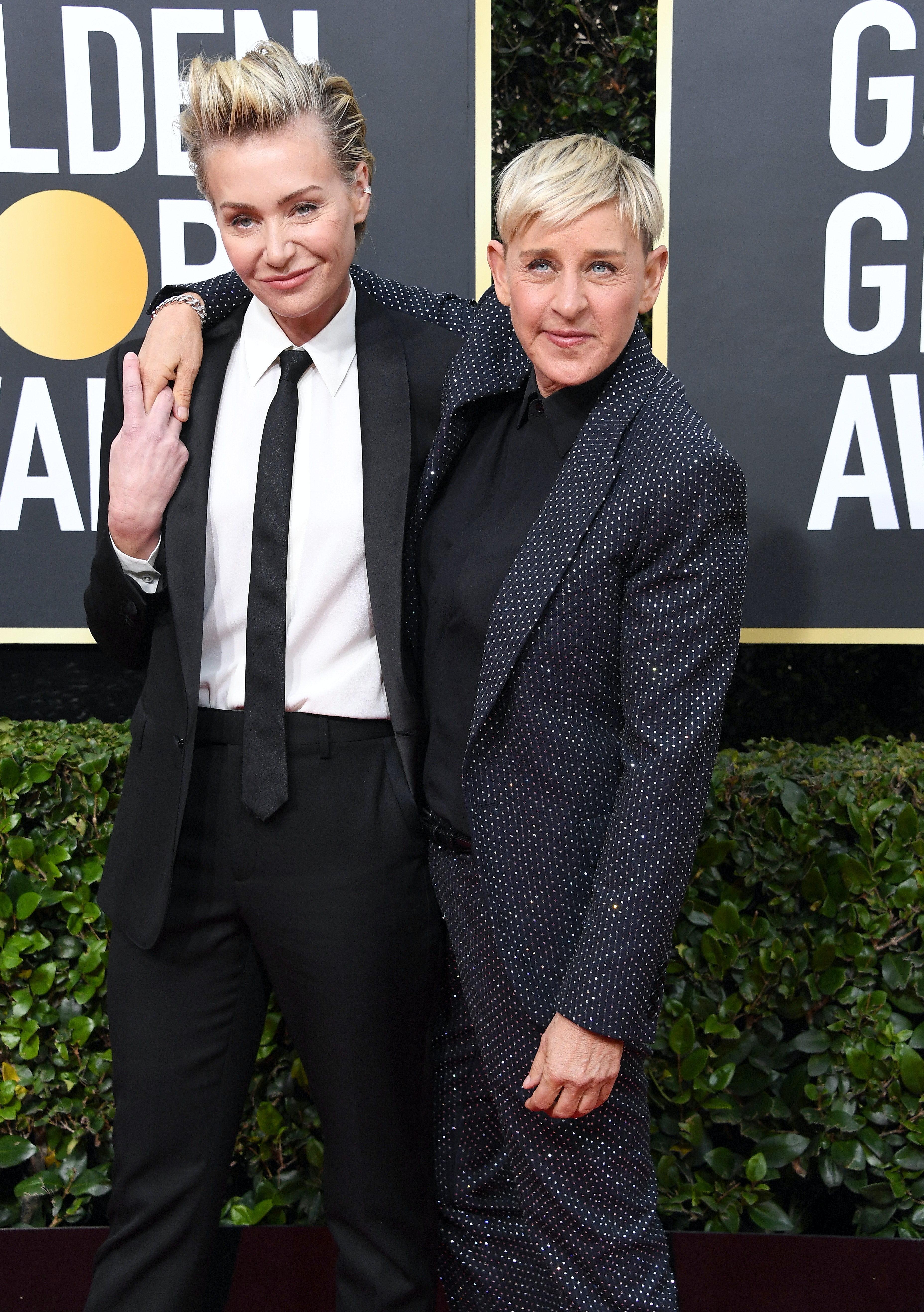 Ellen DeGeneres and Portia de Rossi have dealt with tons of divorce speculation during their 12-year marriage, but surprisingly, the rumors don’t really bother de Rossi. In fact — as the Arrested Development star explained to Us Weekly in June 2018 — the speculation makes her feel accepted. "The divorce rumors came and then we really knew the perceptions had changed," she said. "I’m not kidding. I know it sounds ridiculous, but when that started happening I thought, ‘Oh, now we’re finally accepted.’ We get the same sh*t as every celebrity couple."

And though de Rossi said she and her wife largely ignore the rumors, DeGeneres did once address divorce rumblings during a September 2015 appearance on Howard Stern’s SiriusXM radio show. When asked whether she and de Rossi were actually headed into a messy, drawn-out $220 million divorce battle (as the National Enquirer claimed), DeGeneres said the reports were totally false. "We really don’t almost break up, we don’t fight, we’re madly in love, and I guess it’s boring," she joked. 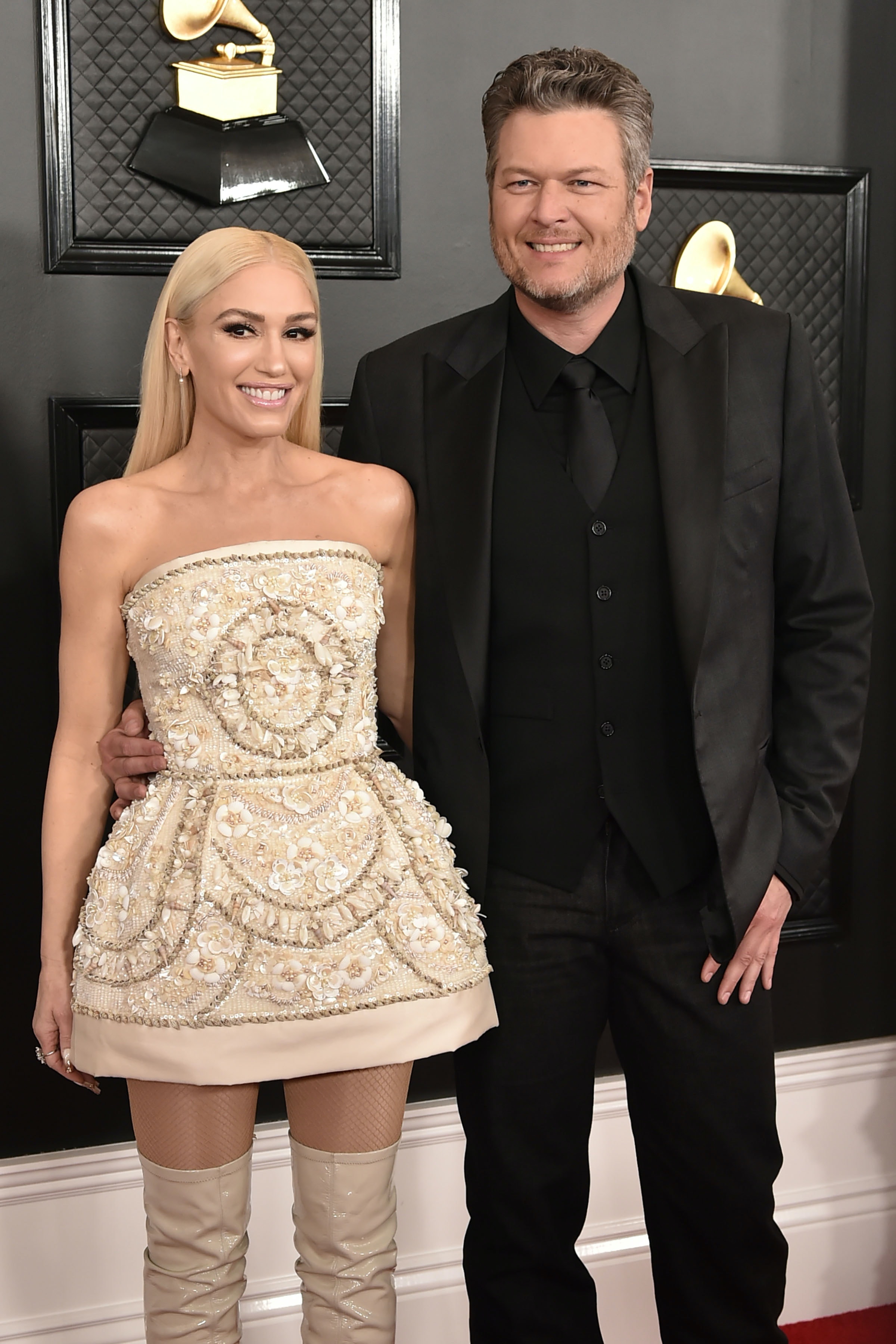 Ever since Gwen Stefani and Blake Shelton got together in late 2015, their relationship has been plagued by rumors of trouble — though the Voice judges don’t seem to be fazed by the speculation. In February 2016, Stefani even mocked an OK! headline announcing their split by taking a selfie with the magazine cover at an airport. "#airportnews," she tweeted alongside the pic. 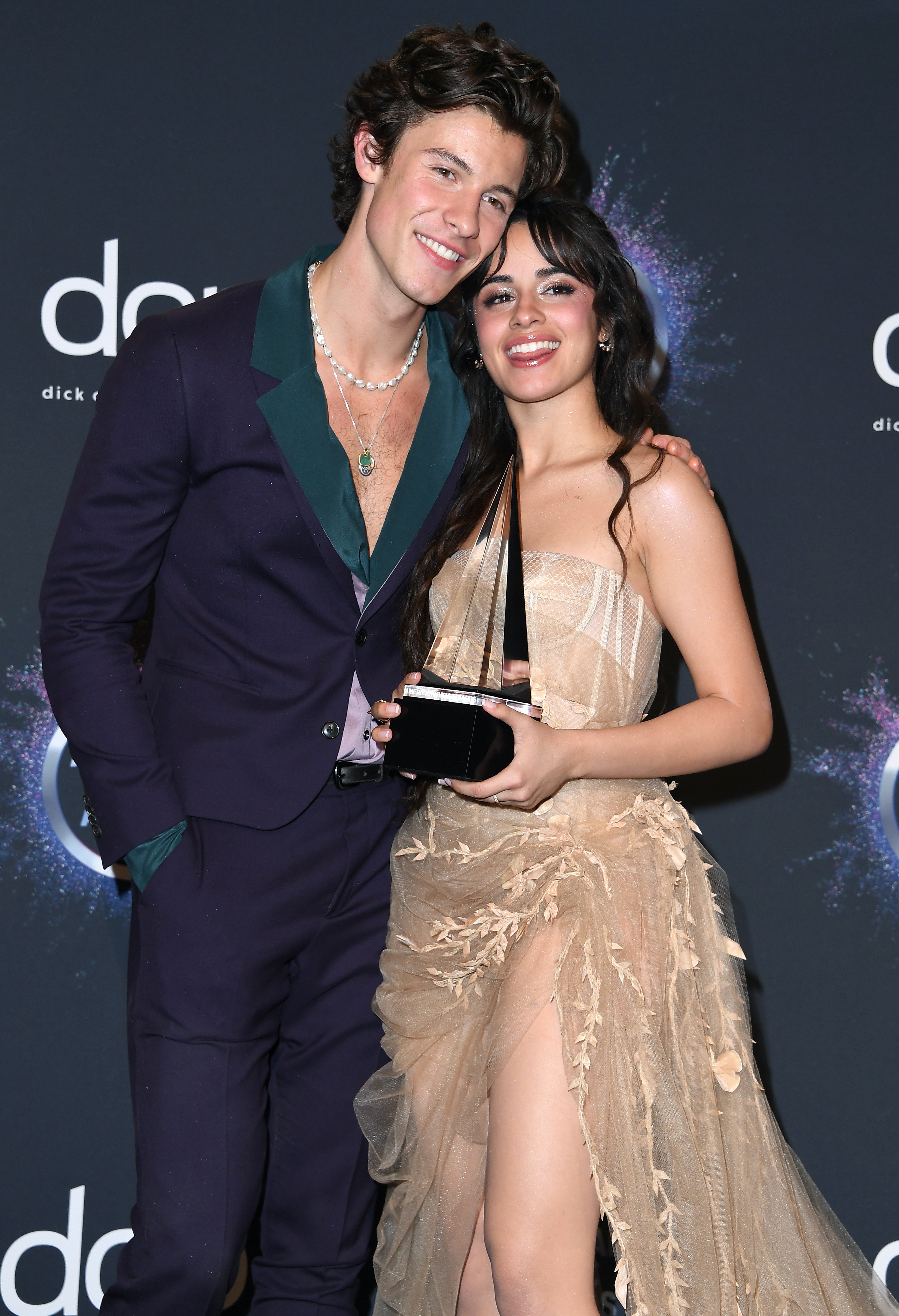 Even though they’ve only been together for less than two years, Camila Cabello and Shawn Mendes have had to shut down breakup speculation not once, but twice. The first time was in October 2019, a few months after the singers went public with their relationship. After Mendes deleted a video of the lovebirds making out, fans started wondering if the two were on the rocks. In response, Cabello shared a screenshot of an article entitled "Proof Shawn and Camilla are broken up" to her Stories, tagged Mendes, and wrote, "Well when the f*ck were you gonna tell me?"

Just about a year later, when Page Six reported Cabello and Mendes may have split "because the usually affectionate couple haven’t been spotted publicly in recent months," Cabello took to her Instagram to respond once again — but this time, her response was subtle. In an September 2020 post, Cabello gushed about Mendes’ new album, Wonder, effectively dismissing those split rumors. 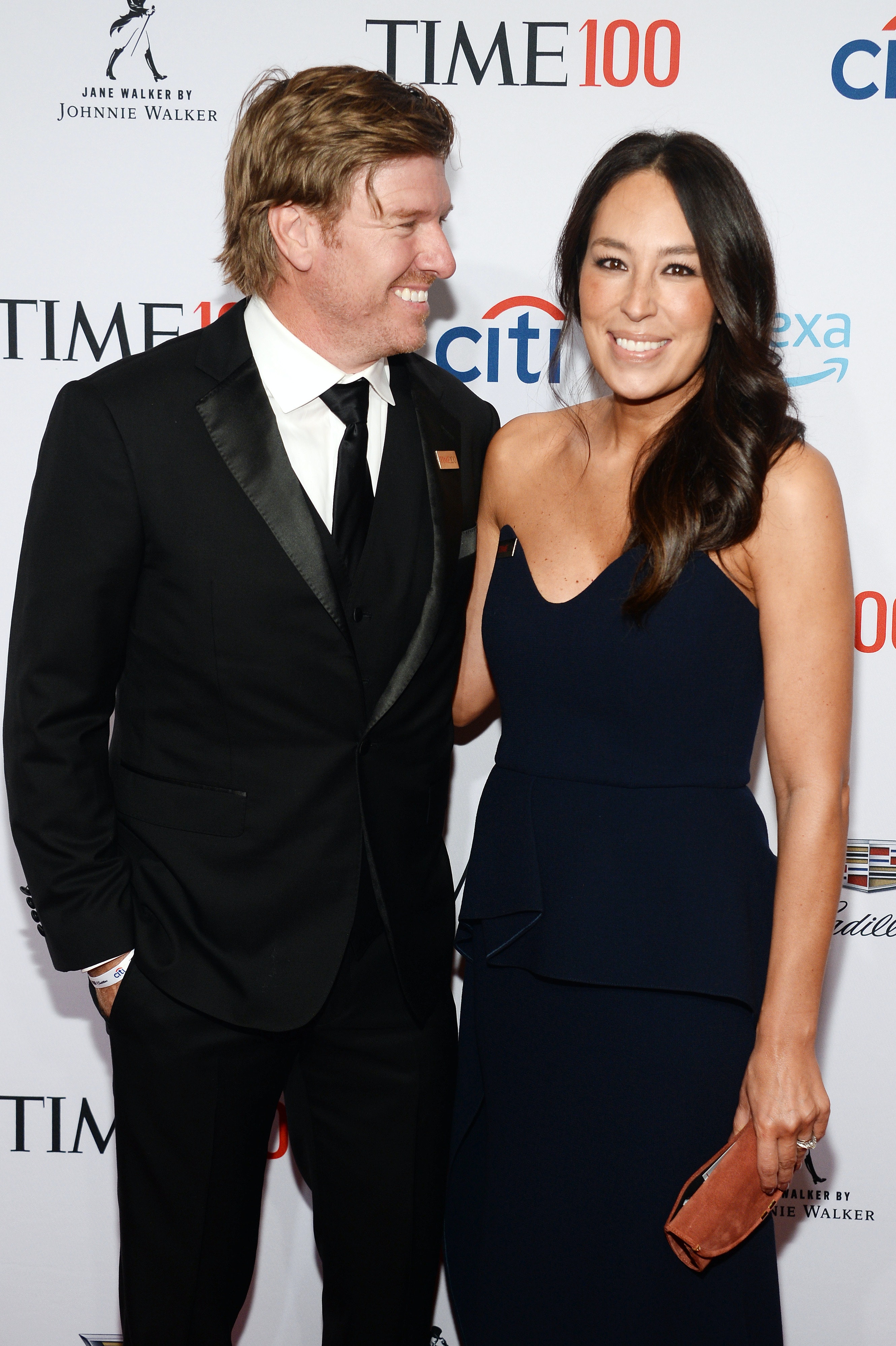 Fixer Upper‘s Joanna and Chip Gaines have a legendary partnership, but that bond hasn’t protected them from divorce speculation. Breakup rumors ramped up in August 2017, and when a fan took to Twitter to complain about the rumors (writing, "I’m so sick of these ‘stories’ claiming @joannagaines and @chippergaines breaking up"), Chip set the record straight. After retweeting the fan, Chip replied, "Won’t ever happen.. you can take that to the bank! #loveOfMyLife." 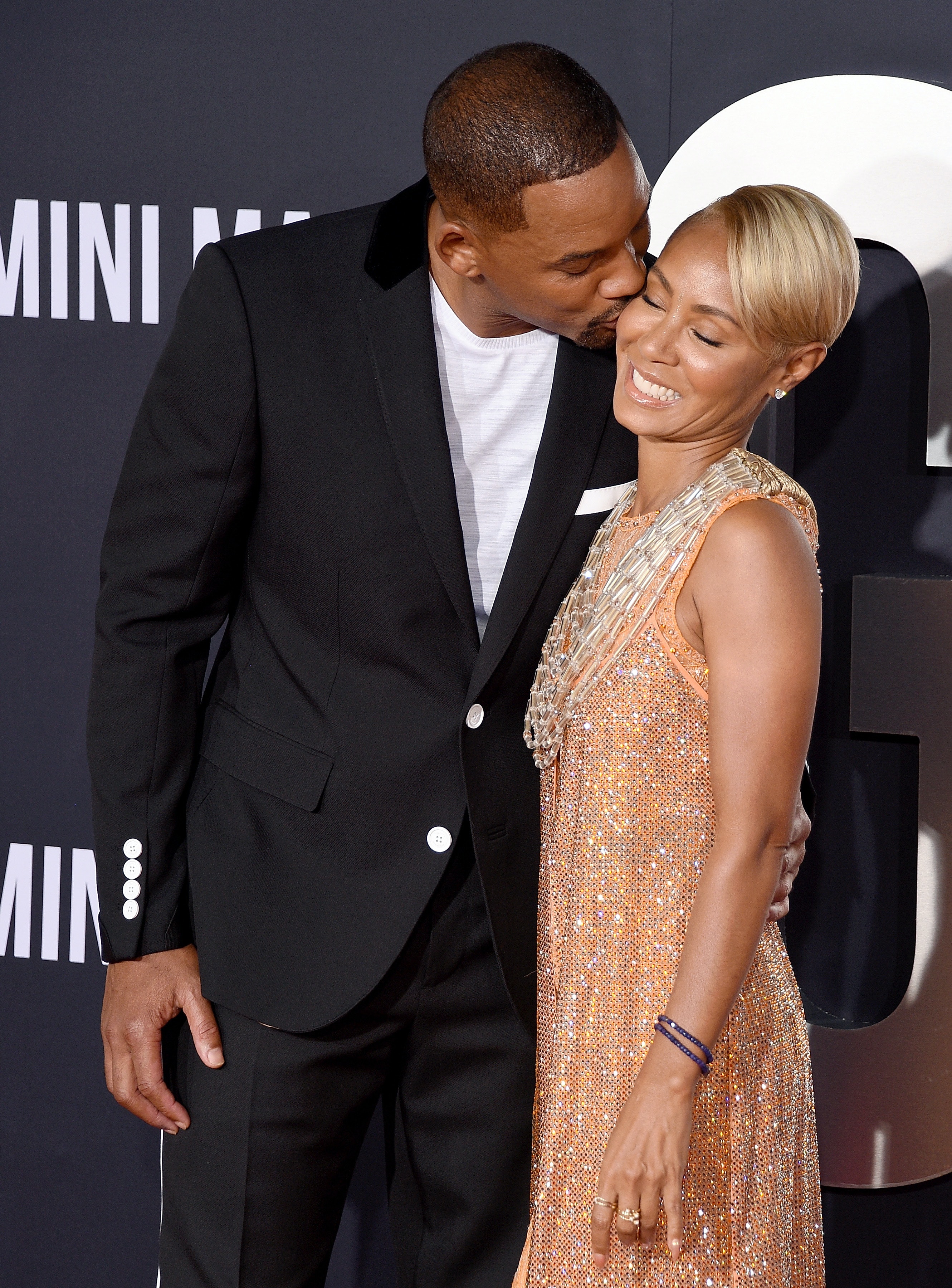 Jada Pinkett Smith and Will Smith are another Hollywood power couple who are constantly rumored to be on the rocks. The duo usually ignores the rumors, but when RadarOnline claimed they were splitting after 17 years together in August 2015, Will couldn’t help but fire back. In a statement on Facebook, Will wrote, "Under normal circumstances, I don’t usually respond to foolishness. (Because it’s contagious) But… Jada and I are… NOT GETTING A DIVORCE!!!!!!!!!!!!! I promise you all — if I ever decide to divorce my Queen — I SWEAR I’ll tell you myself!"

Sorry, tabloids — you can’t mess with these rock-solid couples.