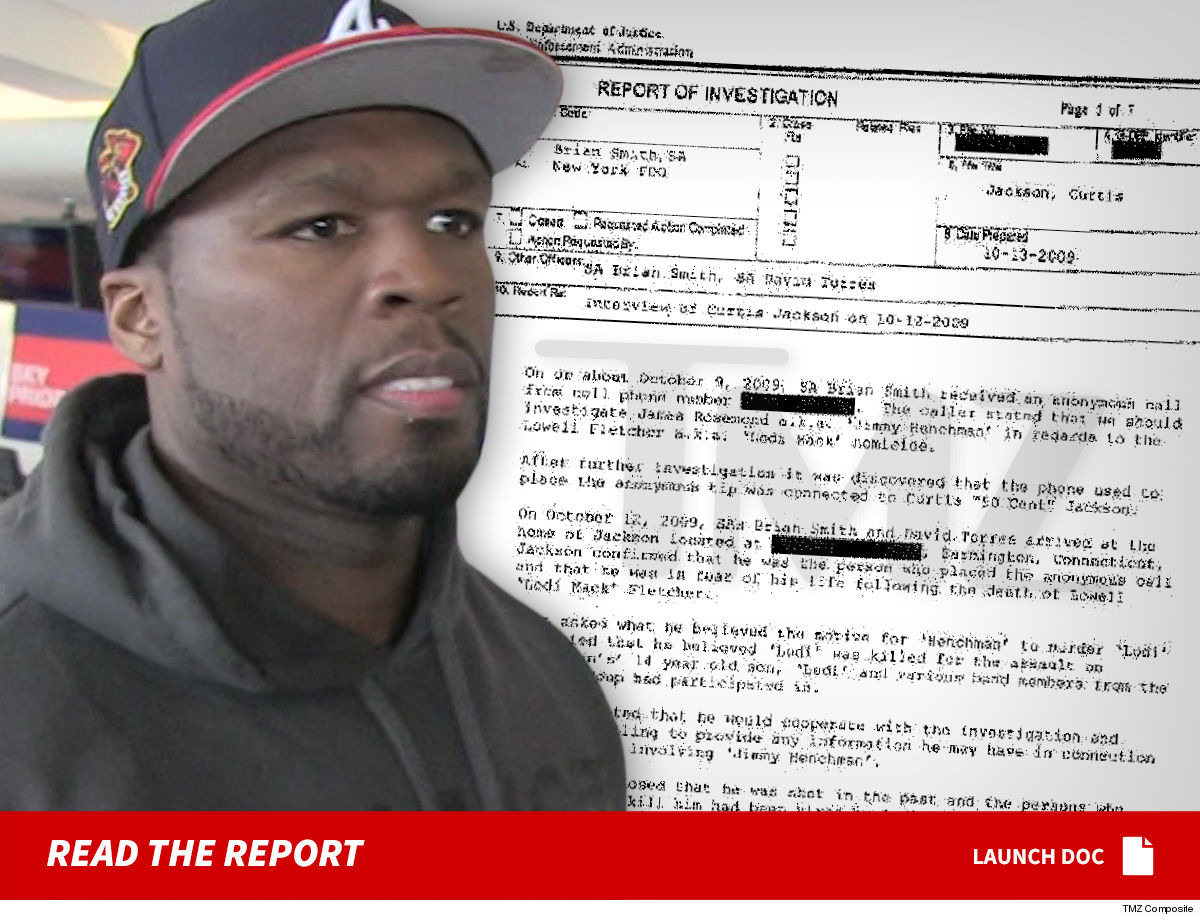 Someone really wants you to believe 50 Cent went crying to the cops about Jimmy Henchman back in the day, but a report that name drops him is complete BS … according to officials who know the case inside and out.

Here’s the sitch — a document purporting to be a “Report of Investigation” by the U.S. Dept. of Justice’s DEA Office has been circulating for a while that cites 50 as having called the feds in 2009 to tip them off to ex-music mogul, James Rosemond — aka Jimmy H.

At the time, Jimmy was believed to be linked to the murder of 50’s pal, Lodi Mack … who allegedly beat up Jimmy’s 14-year-old son in the streets of NYC. Jimmy was eventually charged and convicted for the murder — prosecutors say he hired guys to kill Lodi. 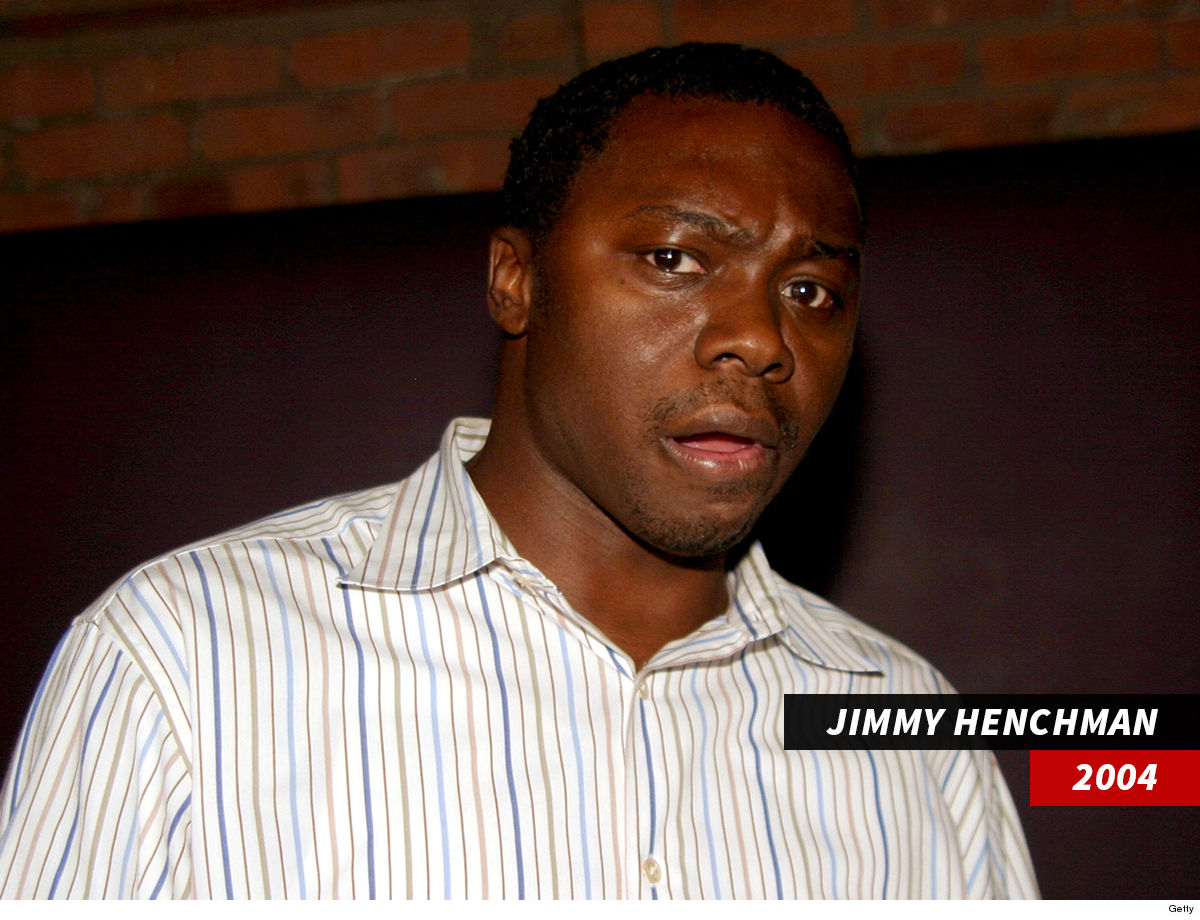 Welp … it would appear someone wants to paint 50 as a good, old-fashioned rat, ’cause the report’s been making the rounds on the Internet and in newsrooms.

In the doc, it says 50 called in anonymously at first to say the cops should be looking into Jimmy as a possible suspect for Lodi’s murder … and allegedly went on to tell cops that he was afraid for his own life in the aftermath. The doc says 50 told cops he’d cooperate with the investigation

Thing is … we’ve been told the document is a complete fake. Law enforcement sources with direct knowledge of Lodi and Jimmy’s case tell us … the alleged report was never taken, and 50 was never recorded as having talked to officers working on the matter at the time. 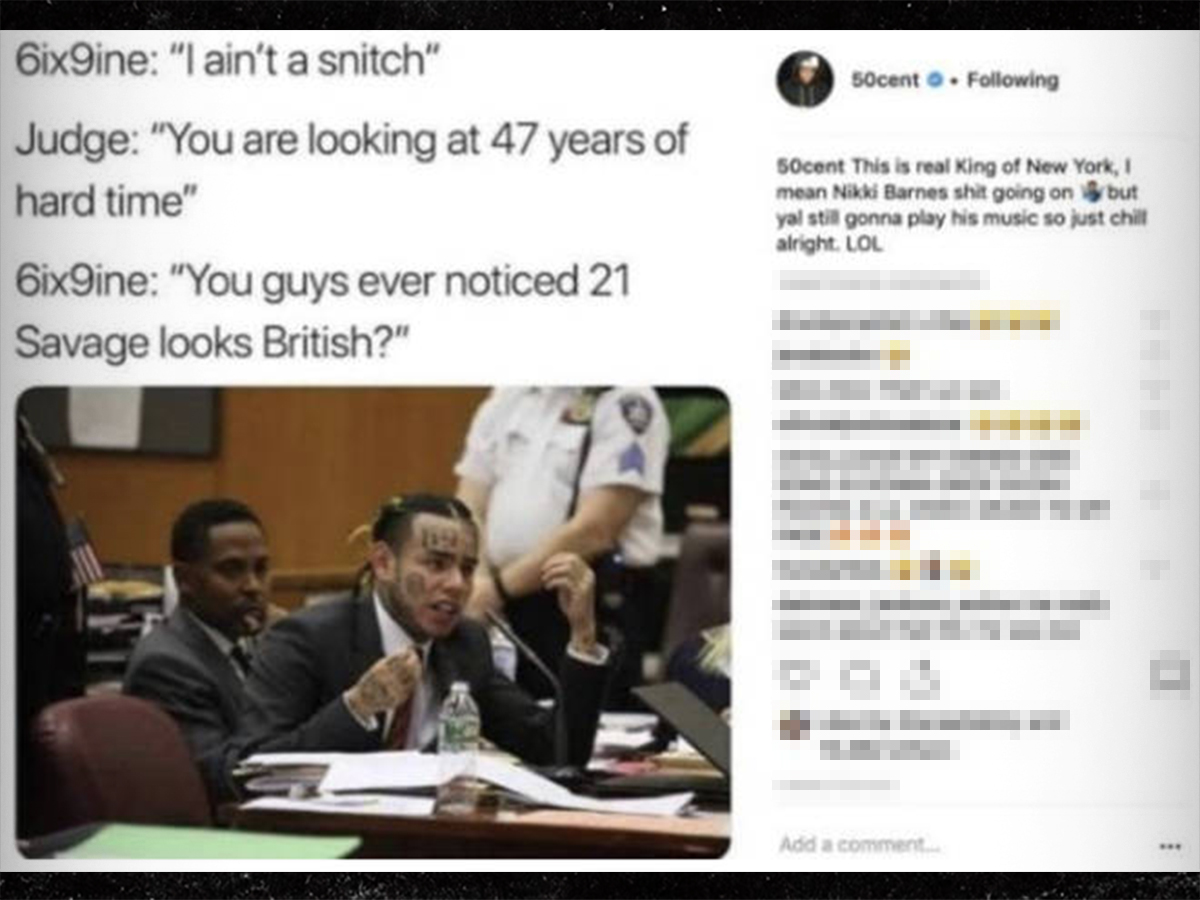 Funny enough … 50’s known for calling out real-life snitches, like Tekashi 6ix9ine, who he savagely roasted on social media upon news that Tekashi had cut a deal with the feds by diming out his associates in his racketeering case.