Actress Lisa Jakub on How Robin Williams Helped Her Through Depression Though Robin Williams may have died nearly seven years ago, his impact can still be felt, especially amongst those who knew and worked with him. In a new interview with Yahoo Entertainment, Williams’ Mrs. Doubtfire co-star and eldest daughter in the film, Lisa Jakub, opened up about how the late actor used his struggles with anxiety and depression to help her battle through her own.

“Robin was everything that you would hope he would be, and he was very open and honest with me about his issues with anxiety and depression,” Jakub said. “I was able to share with him that anxiety was something that I struggled with, and he would talk to me about mental health issues in a way that 14-year-olds aren’t usually used to adults being really open about those sorts of personal experiences with them.”

Jakub also said that Williams talked to her about his experience with addiction and substance abuse, a topic that Jakub said was important to know about as a child star. The actress, who went on to star in movies like Independence Day, eventually stepped away from Hollywood after the toll it took on her mental health.

“He was very insistent in making sure that I knew that substances were not going to help. That that was a route that he had gone with addiction and that it just made everything worse,” the 42-year-old mental health advocate shared. “And I think as a 14-year-old kid actor, it’s a really good story to get, a really good message to hear, because that does tend to be a well-worn path for a lot of kid actors.”

Jakub is now using what the legendary comedian and actor taught her to pay it forward by teaching mental health workshops to help others cope with anxiety and depression.

“I feel like that is one of the ways I’m kind of paying forward some of the things that Robin taught me by being so open,” she said.

Back in 2018, some of Williams’ Mrs. Doubtfire co-stars reunited for the 25th anniversary of the iconic film where they shared that Williams was very open about his struggles.

Matthew Lawrence, who portrayed his son Chris in the film, shared that Williams imparted some serious advice to the then-child star.

“Robin was like a guiding source,” he explained. “He would just all of a sudden, out of the blue look over and be like, ‘Don’t do drugs. They really messed up my brain, I’m serious. Do not do them.’ That stuck with me.”

Robin Williams' 'Mrs. Doubtfire' Co-Stars Say He Was 'Very Open and Honest' About His Struggles

This Precious ‘Mrs. Doubtfire’ Reunion Will Melt Your Heart: Pic 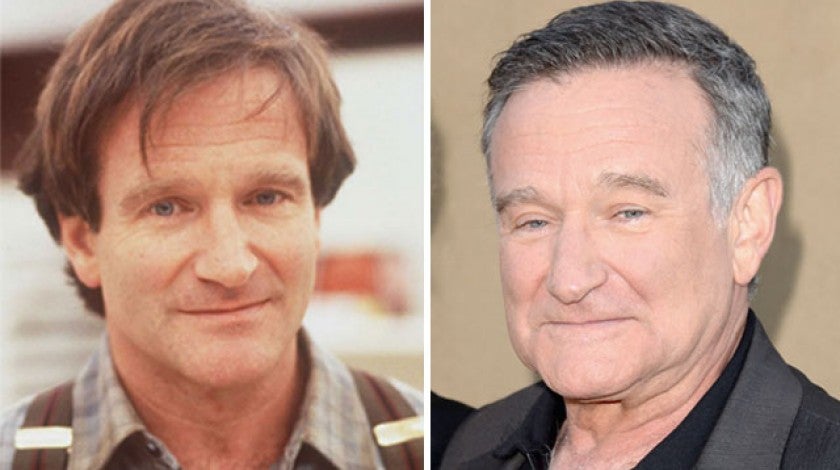 Robin Williams Through The Years