Alicia Silverstone morphed into Cher for a TikTok video, and fans were absolutely loving it.

Alicia Silverstone, 44, just pulled the ultimate throwback! The blonde recreated her iconic Clueless scene (the one where she says, “ugh, as if!” while walking outside), right down to rocking the Dolce & Gabbana plaid yellow blazer. Alicia strutted just like it was 1995 in the TikTok video posted on Friday, June 4, with son Bear, 10, making an appearance.

♬ Ugh… As if – Alicia Silverstone

“Ugh, get off of me!” she mouths along to the original clip, directed to Bear who hilariously tries to put his arm around his mom. She then jokingly shoves him to the side as she mutters, “Ugh, as if!” The doting mom then sweetly embraced her adorable son at the end of the clip and gave him a kiss. So sweet! No Doubt‘s “Just A Girl” played in the background of the entire sequence, which was notoriously on the soundtrack for the iconic film. 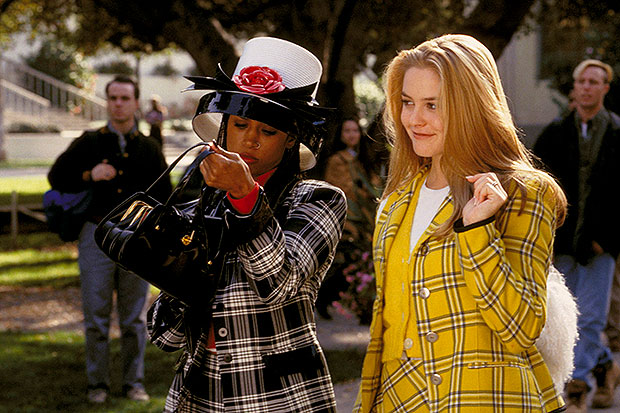 Last summer, the film — which co-starred Stacey Dash as Dionne, the late Brittany Murphy as Tai, and Paul Rudd as Josh — celebrated its milestone 25th anniversary! In an interview reflecting on the film over two decades letter, the San Francisco native admitted she didn’t ever think Clueless would be the massive success it was. “I don’t think I was thinking about anything in the future when I was 18-years-old,” she said to Entertainment Tonight in 2020. “I had no idea. I just knew it was an exciting part and that [director] Amy Heckerling was such a good filmmaker. I was really excited to take that on,” she added.

Cher’s yellow plaid mini skirt and matching blazer ensemble has easily become one of the most recognizable movie looks ever — recreated by many stars, including Iggy Azalea, Kris Jenner, and Dove Cameron in the Clueless musical. Stylist Mona May previously explained that the Dolce & Gabbana ensemble was meant to be inspired by a traditional school uniform. “It’s like taking the uniform and twisting it,” the costume designer said of the look back in 2015. “What would Cher do with a Catholic school girl uniform? Take it to another level,” she also said.