The blockbuster trial between Johnny Depp and The Sun officially came to an end on Tuesday with a closing argument from his legal team — but it was Amber Heard who really closed out the spectacle by giving a press statement outside the courtroom.

Unsurprisingly, the Aquaman actress was booed by her ex’s fans as she delivered a heartfelt statement on the steps of London’s High Court after Depp’s 16-day libel trial against the UK paper ended, telling listeners that it had been “incredibly painful” to relive the breakup of her marriage and have her “truth questioned.”

“I travelled to the UK to testify in these proceedings as a witness to assist the Court. After obtaining a restraining order in 2016 and finalizing our divorce, I wanted to move on with my life. I did not file this lawsuit and, despite its significance, I would have preferred not to be in court. It has been incredibly painful to relive the break-up of my relationship, have my motives and my truth questioned, and the most traumatic details of my life with Johnny shared in court and broadcast around the world.”

Heard, who was a witness in the defamation trial over a 2018 article that dubbed Johnny a “wife-beater,” said she stood by her evidence before thanking her supporters — all while Depp fans screamed “Justice for Johnny, Johnny is innocent,” and “It takes two to Tango.”

She continued through the heckles:

“I stand by my testimony in court and I now place my faith in British justice. Although I did not bring this lawsuit, I am aware of the precious resources being consumed by his litigation and will be glad to see those resources re-directed back to more important legal matters already delayed by the Covid-19 pandemic. I appreciate the dedication, hard work and support of the defence legal team, as well as my UK and US lawyers. I also wish to extend my thanks to the very kind and diligent court staff and the police, who have been so sensitive in ensuring my protection so that that I could testify in safety. And finally, my heartfelt thanks for the tremendous outpouring of support and the many messages I have received from around the world. You have given me so much strength and I send it back to you.”

Inside the courtroom, the Oscar nominee’s attorney David Sherborne brought the curtain down on the trial by branding Heard “a wholly unreliable witness, and, frankly, a compulsive liar” in his closing statements. 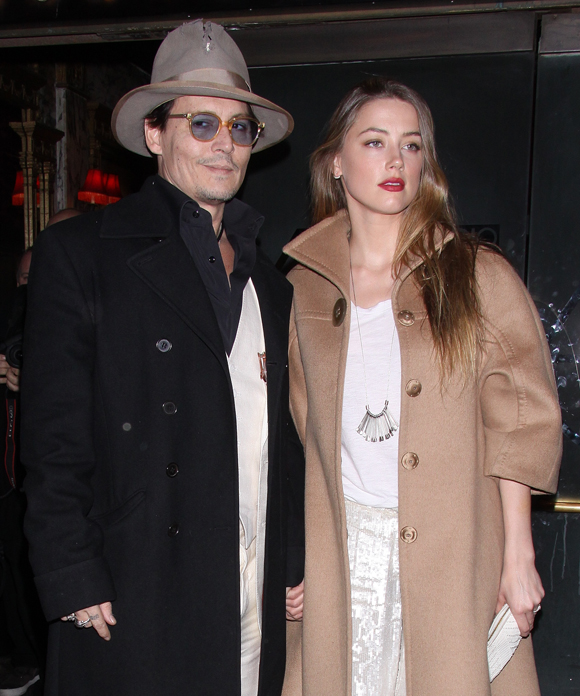 He told the court:

“From the big points to the small points, Ms. Heard has proved herself to be a wholly unreliable witness, and, frankly, a compulsive liar, and I don’t say that lightly… She has picked up her theme and run with it. New allegations of domestic violence have tumbled out over the years … even more in this courtroom. It is hard to keep up… one side is obviously lying and one side is telling the truth.”

The lawyer then referenced an earlier recording of the couple talking where Amber admits to hitting the actor, adding:

“At its very core, we say it demonstrates that she is the abuser, not Mr. Depp… If it was a man who had said what Ms. Heard said and who had admitted to what she admitted to if this was Mr. Depp for example, and it was the other way around, can you imagine what consternation there would be?”

Sherborne then argued that Heard had chopped and changed her evidence and accused others of lying to protect Depp, noting:

As for the article, the lawyer said it “tried, convicted and sentenced” Johnny on an allegation that he has always said was “completely untrue,” adding:

Judgment in the High Court trial in London is not expected to be delivered by Justice Nicol until late September. But remember, this is only part one of the legal saga: the actor’s US defamation case against Heard is expected to get underway next January.

Do U think Johnny will win this round, Perezcious readers?