Home » Celebrities » ‘American Sniper’ wife Taya Kyle recalls how she leaned on faith after Chris Kyle’s death: ‘It was a journey’

‘American Sniper’ wife Taya Kyle recalls how she leaned on faith after Chris Kyle’s death: ‘It was a journey’ 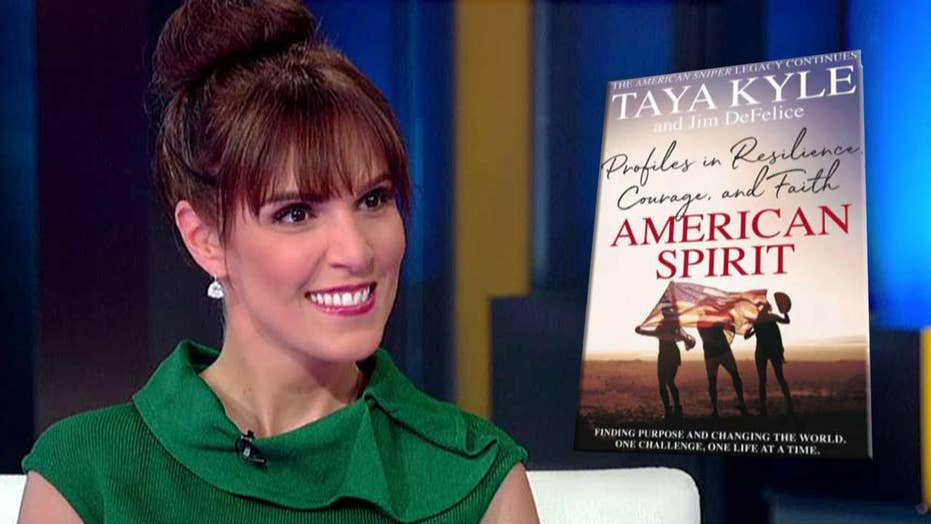 After losing her beloved husband in 2013, the 44-year-old entered a period of immense pain and grief but found solace in learning the stories of others who persevered after facing incredible obstacles.

In addition to relying on family and friends for much-needed support and healing, Kyle was compelled to team up with her trusted collaborator Jim DeFelice, co-author of her late husband’s memoir, to write “American Spirit: Profiles in Resilience, Courage and Faith.” The book details the lives of more than 30 remarkable Americans who have done extraordinary things for their community and our nation. 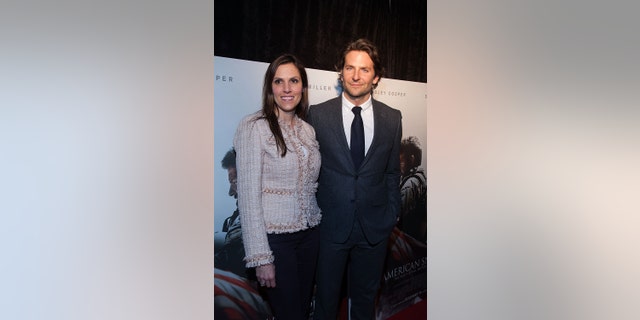 Chris’ 2012 autobiography “American Sniper” detailed how he became the most prolific marksman in the U.S. during the Iraq War. It also explored the personal pains he endured during the war, including the death of two SEAL teammates. A year later, Chris was shot dead in 2013 at a gun range at age 38. In 2014, the best-selling book inspired a film by the same title, which starred Bradley Cooper as Chris and Sienna Miller as his spouse. “American Sniper,” directed by Clint Eastwood, was nominated for six Oscars in 2015 and won one.

Kyle spoke to Fox News about the one memory of her husband that’s been on her mind, how her family is doing today and what readers can expect from “American Spirit.”

Fox News: What’s one memory of Chris Kyle that still sticks out to you?
Taya Kyle: Lately, it’s been the pranks that he would pull. The way he would just laugh. Just the funniest things that he did that entertained him. Even if it’s just honking the horn when I walk in front of the car *laughs*. It just made him laugh every time. I would look at him like, “Seriously? This is still funny?” But it does delight me today. The thing I miss the most is laughing with him, really. It wasn’t something important to tell in “American Sniper” because it wasn’t the point of the story, but it really was such an integral part of who he was. He was this mischievous guy with a twinkle in his eye who had an ability to laugh so easily. That was contagious and I miss it. 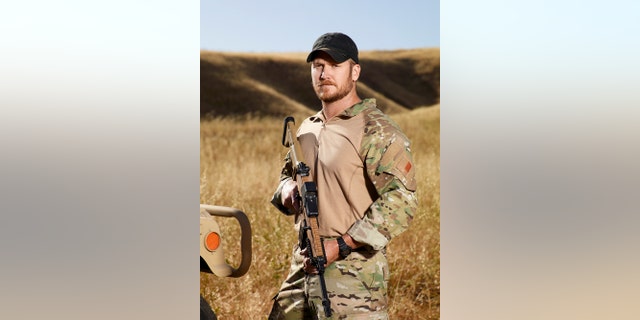 Fox News: How is your family doing today?
Kyle: We’re great. I see in my kids that their difficulty and struggle have turned into strength. Our perspective on the world is different. We know what a really bad day is like. We know what’s worth getting upset about. We’re pretty clear on things that are not in our control and how to weather those storms. We laugh a lot, we’re really close and we’re really, really grateful for what we do have. Maybe even more so because we realized you can lose it any day. So it’s best to appreciate what you have today.

Fox News: How has faith played an essential role in your life?
Kyle: When I look back, I believe the reason I’m still here is my faith in God and what he’s shown me over time. Whether the people in these stories are agnostic or have a different faith, to me, I see God. I see God in their story. I think he’s working in everyone’s life, everyone’s struggle. And I think the more you lean into him, ask him for help and have a relationship with him, the more you get these really extraordinary blessings and answers back. So my faith increased with my need for help and support… He knew someone would use their free will for evil and he prepared me ahead of time. He stayed with me during it and he stayed with me afterward, like a good parent who knows their child has to have an amputation. 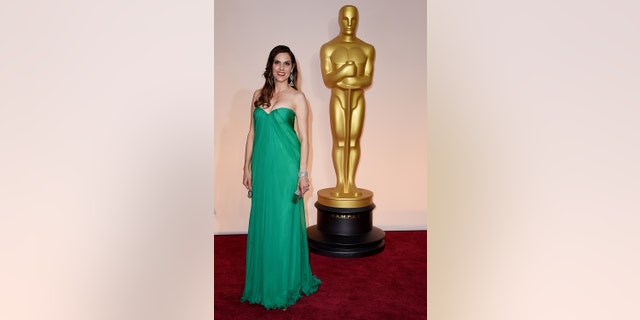 I had started leaning into my faith long before Chris was killed. I did it when I was afraid of when he was deployed. I would ask God to take my fear and he would. It was a journey. But in those moments when I needed relief, I got it. I saw how I was stronger than I thought. Everything that I was faced with, that I thought would end me, didn’t. I really did build up a sense of resiliency and endurance with his help. So when the biggest thing came, I just didn’t have any doubt that God would be there for me through it. I learned on such a deeper level how much more he could do than I ever thought possible. I thought my faith was strong, but it got so much stronger in the aftermath of Chris’ death.

Fox News: What makes you proud to be an American?
Kyle: When I see people using their freedom in a way that it was designed. In my opinion, it was designed for you to have the freedom to express good. To express love. And religion in a good way. Sharing ideas. Diving into things that enrich your life. The parts of America that I love have to do with that dream of realizing the human spirit is so much stronger than any government.

Individuals are what makes the country great. It’s not when we force each other to believe one way or another make laws to make people think the way we think or act the way we think they ought to act. The beauty is in this freedom to be our unique selves and let that influence the country in a way that is organic. It’s not forcing everyone to be like you. It’s letting you be you… We all have different gifts and different ideas that we can bring to the table to lift each other up. If we focus on that… we will all get better. 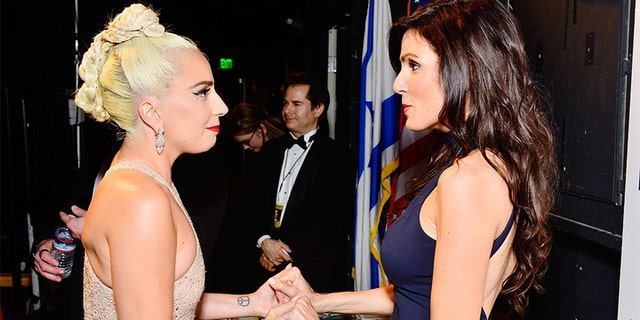 Fox News: How can we honor everyday heroes?
Kyle: By seeing them. By recognizing them…. In my opinion, keeping one safe place for our warriors is the biggest gift we can give them. They see the evil in this world. And they need to know there’s one safe place where somebody will support and love them… And just listening. Showing up. Appreciating the fact that they have a life outside of service. That they have a family who loves them. That they’re a whole person, not just a warrior. I think you can do the things we’re starting to get better at as a country — thank them, buy them a coffee, just showing an act of kindness. Those things matter.

Fox News: What inspired you to write “American Spirit”?
Kyle: When I was out doing speaking engagements and visiting with the public across the country, I realized there were so many people doing really good things. They’re showing up for each other in unique ways, filling gaps that I wouldn’t have even thought were there. I got to the point where I felt it was selfish of me, it would be shameful of me not to share these stories. It gave me such hope in our country. It gave me hope in people and hope in healing.

Fox News: Which story surprised you the most and why?
Kyle: I think Micah Fink from Horses and Heroes, surprised me. That’s such a philosophical, poetic way he approached the issue of PTSD in his own life. The way he came through it, he has these analogies that are so beautiful. He comes out of it with this strength and toughness that you wouldn’t expect from someone who is also poetic about it and philosophical. But the other side of him is that warrior spirit, which is ever-present.

He’s a guy from New York who is now in Montana taming wild Mustangs with other people. It’s such a crazy, dichotomy of things that work. The way he was made is perfect for this need. And he says, “The easy way will kill you.” That’s something I think we’re losing a little bit in our culture. We sometimes think things should always be easy…. If you take the easy way, you miss out on the grit of the human spirit. That truly is where the beauty is. That’s where the gift is.

Fox News: You were also moved by Donny Davis, an Air Force veteran.
Kyle: Donny was an Air Force veteran and then he was a police officer. He started to get this cumulative PTSD where he says he was no stranger to the taste of his own gun barrel. That really paints a picture pretty quickly of how much he did not want to exist anymore in this world because of the evil he saw, all the trauma he faced. And yet, he comes out of it as a minister who is married to a woman who works with special needs kids.

And they take out a loan to secure a 1.3 million dollar property with a lake on it in order to build tiny homes for other veterans. It’s so cool to go on this crazy, winding road to get to this property. He came up with this unique concept of tiny homes on a property so that other people don’t feel so alone, so that other veterans have community, a roof over their head, food to eat and the ability to just pause for a second. That’s an extraordinary way to do it.

Fox News: There’s also the woman named Barbara who lost her husband, a member of the military. How did her story impact you?
Kyle: I met Barbara on the road and she had this ability to laugh and cry within a two-minute stretch. I can completely relate to that. I knew that she had the strength and an ability to take on difficult things without losing her heart, her soul and need for things to be good in life. And so, she started American Snippets. She’s doing incredible things for veterans, widows and people who are just struggling.

She’s also very vulnerable in her struggles, what she went through and things she’s not particularly proud of. But I think that kind of courage to speak out is what heals people. We often think that things we’re most ashamed of, we’re alone in it. And that’s because we don’t want to share it. So we don’t tell people. But the healing is when we’re OK with saying, “That is my shame, that was my story. And that’s OK. Because I’m not that person today. I grew. I changed.”