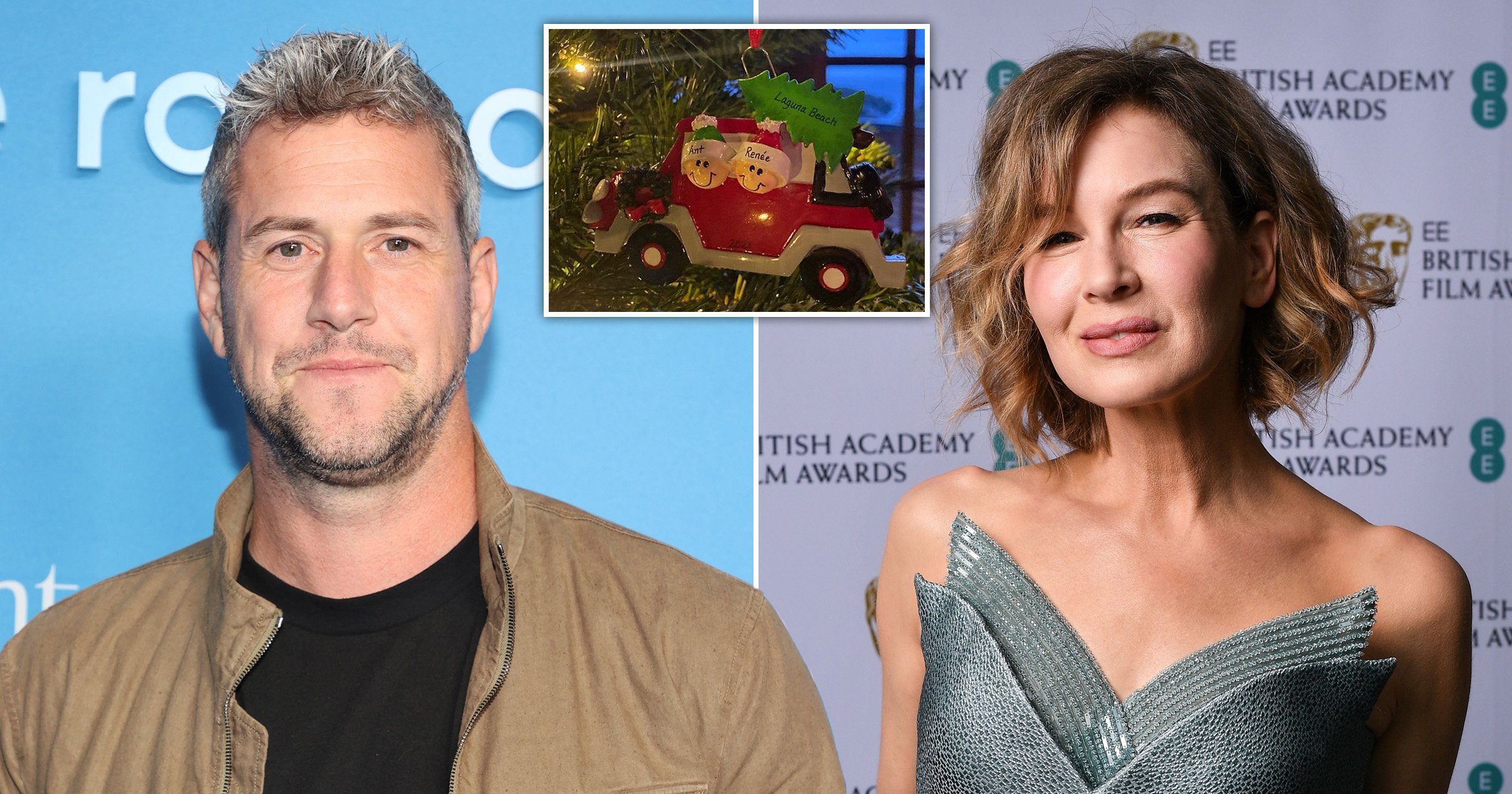 Ant Anstead took his romance with girlfriend Renee Zellweger up several notches over Christmas, as he introduced her to his two oldest children.

The Wheeler Dealers star, 42, started dating the Bridget Jones actress, 52, last year, and they have been seriously loved up ever since.

The dad-of-three shares Amelie, 18, and Archie, 15, with his first wife, Louise, and welcomed son Hudson with Christina Haack in 2019.

Spilling the beans on his family celebrations over the holidays, Ant explained that there were some ‘firsts’ in the Anstead household as the teenagers were finally able to meet his new partner in real life.

‘It was great,’ he told People Magazine. ‘I mean, Renee’s so personable, and so great with people, and they’ve met a few times on FaceTime, so everybody was excited to finally get together.

‘Of course, everybody got on famously. It’s really nice.’

Ant’s eldest children live in the UK and were unable to travel to the US earlier due to the Covid-19 pandemic, meaning that their recent celebrations were even more poignant.

‘There were a lot of big firsts for them,’ he continued. ‘New house, seeing Hudson, meeting Ren… It was great.’

Speaking of his daughter’s ‘instant’ bond with the Oscar winner, he added: ‘She and Ren really hit it off. Just as two girls.’

Ant and Renee were first linked last year, before making their public appearance as a couple in August.

The lovebirds have kept things low-key ever since, but have shared their fair share of PDA-filled snaps on social media.

However, while they have been growing closer, the Celebrity IOU: Joyride host vowed that he has no plans to pop the question any time soon.

Speaking to Us Weekly, Ant explained that he will not be getting down on one knee in the near future.

‘Oh, absolutely not,’ he said when questioned on whether they were taking the next step. ‘I mean… what’s the rush?’

The car enthusiast also told the publication that he hasn’t considered adding to his brood in the future.