Anton Du Beke, 53, has taken the ballroom dance floor by storm alongside EastEnders actress Emma Barton, 42. The Strictly Come Dancing 2019 star has since announced big news ahead of the semi-final this weekend.

In view of his 244,000 Twitter followers, the Latin champion revealed he is currently in the process of writing his third instalment to his novel Moonlight Over Mayfair.

However, the exciting news did not stop there as he added his publishers have also requested a fourth book to complete the series.

Anton gushed: “More bookish news! Thrilled to reveal there’ll be plenty more chapters to come in the stories of Raymond, Nancy, and the Buckingham Hotel: my publishers have asked me to write Book 3… and Book 4 – how tremendous! Do give my first two a whirl, if you haven’t already! #AntonDuBook.”

Fans flocked to comment on the news, with many sending the dancer congratulatory messages. 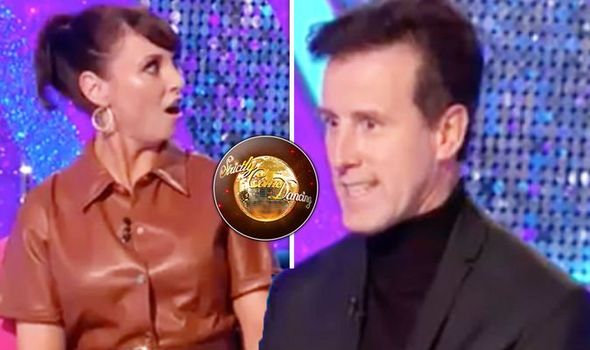 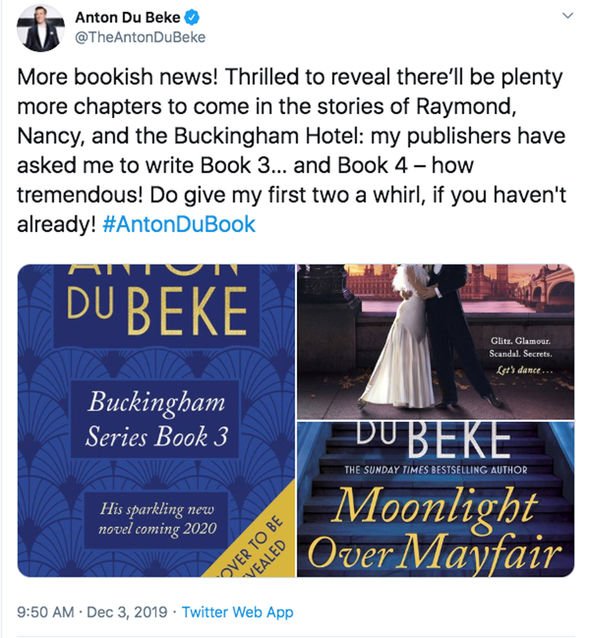 One person commented: “That’s fantastic news! I’m making my way through book two as we speak.”

Another person gushed: “Oh my goodness I am beyond excited. Well done Anton you are such a talented gentleman and deserving of such success. Your first two books were fabulous I could not put them down. A must read for all.”

While a third person added: “Oh my god, this is fabulous news! I plan on rereading them this week and now it’s even better knowing there’s more to come!”

Anton has become a household name thanks to his appearances on the long-running hit show Strictly Come Dancing but his skills extend far beyond the dance floor. 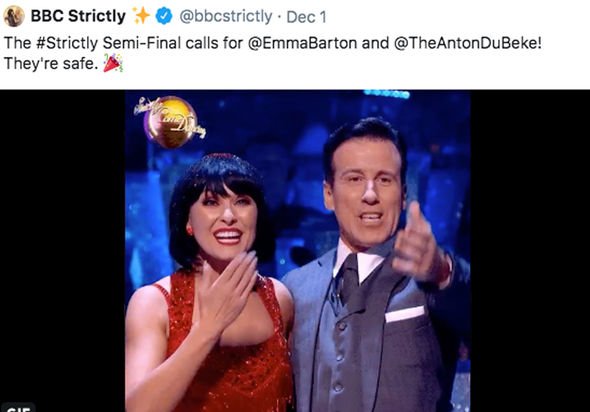 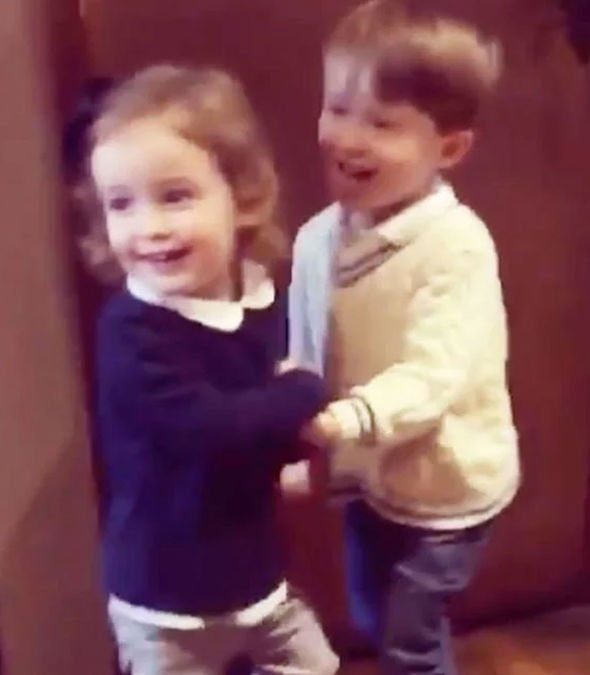 The ballroom pro recently embarked on a nationwide book tour to share the inside details of his latest novel.

The news comes after it was announced that Anton will not be joining Emma on the Strictly Come Dancing Live Tour next year, due to other commitments.

The EastEnders star will instead be partnered with Graziano Di Prima on the tour, who did not have a celebrity partner in the current series.

CBBC presenter Karim Zeroual will dance with his partner Amy Dowden, while Coronation Street star Catherine Tyldesley will return to the dancefloor with Johannes Radebe and footballer Alex Scott will dance again with Neil Jones, after they were axed from the show at the weekend.

However, Kelvin Fletcher will dance with Janette Manrara on the live tour as Oti Mabuse will appear on BBC’s The Greatest Dancer.

The tour will begin at the Arena Birmingham on January 16 and will visit Aberdeen, Leeds, Manchester, Dublin, Belfast, Glasgow and Nottingham, finishing with three nights at London’s O2 Arena from February 7 to 9.

Meanwhile, Anton recently shared a rare video of his twins – Henrietta and George – dancing a Charleston together.

Taking to Instagram, he wrote in view of his 195,000 followers: “Me and @theemmabarton when we realise it’s Friday! Aren’t they a couple of beauties?!#imdancing #startthemyoung #strictly #charleston.”

The twins were clearly inspired by Emma and Anton’s routine last week on the BBC competition as they imitated their dance moves.