Home » Celebrities » Ariana Grande’s Tweets For The "Thank U, Next" Anniversary Are Inspiring

Ariana Grande’s Tweets For The "Thank U, Next" Anniversary Are Inspiring

It’s been 52 glorious weeks since Ariana Grande released her hit breakup anthem "Thank U, Next" and the tune is still replaying in my head on the daily. While the song was written at a challenging time for the pop star — right around the time she ended her engagement with Pete Davidson in October 2018 — it was ultimately a melody that brought a lot of positive change in Grande’s life. Ariana Grande’s tweets for "Thank U, Next"’s anniversary will hit you right in the feels with her inspiring message.

Grande poured her heart out on social media and reflected on how much she has "learned and healed" in the past 365 days since "Thank U, Next" first hit the airwaves.

"Happy birthday ‘thank u, next’. i can’t believe i’ve spent more time alone this year than i have in my life," Grande began her tribute. "I can’t believe how many sessions w my therapist i’ve had, how many times i’ve sung this song, how much i’ve learned and healed, how much i still have to learn and heal!"

The former Sam & Cat actress added: "It’s been one [hell] of a productive, emotional, wild and yet … happy! year. thankful for my babies who have provided me with endless strength, energy and inspiration… and to my friends who have held me together on the road and at home. i’m sure they’re just as exhausted lmao."

In classic Grande fashion, she then teased that she still doesn’t "know sh*t ab love or have a clue what a personal life looks like," other than hanging out with her beloved dogs and pig, which she has learned is "more than enough!"

The songstress concluded her series of posts writing, "Not sure why this anniversary has made me ramble on so much but …. my heart feels good. even though everything is up in the air / i still have a million questions … i’ve accepted it and feel somewhat whole and that feels like something worth sharing. i guess. love u."

Grande has been open about her season of healing since splitting from Davidson, whom she was dating when Mac Miller died of an accidental drug overdose in September 2018. The devastating life events came nearly a year and a half after multiple people lost their lives during a suicide bombing that took place at Grande’s Dangerous Woman tour stop in Manchester, United Kingdom, on May 22, 2017. While it’s been a rough two years for Grande, she’s continued to share her journey with fans every step of the way. 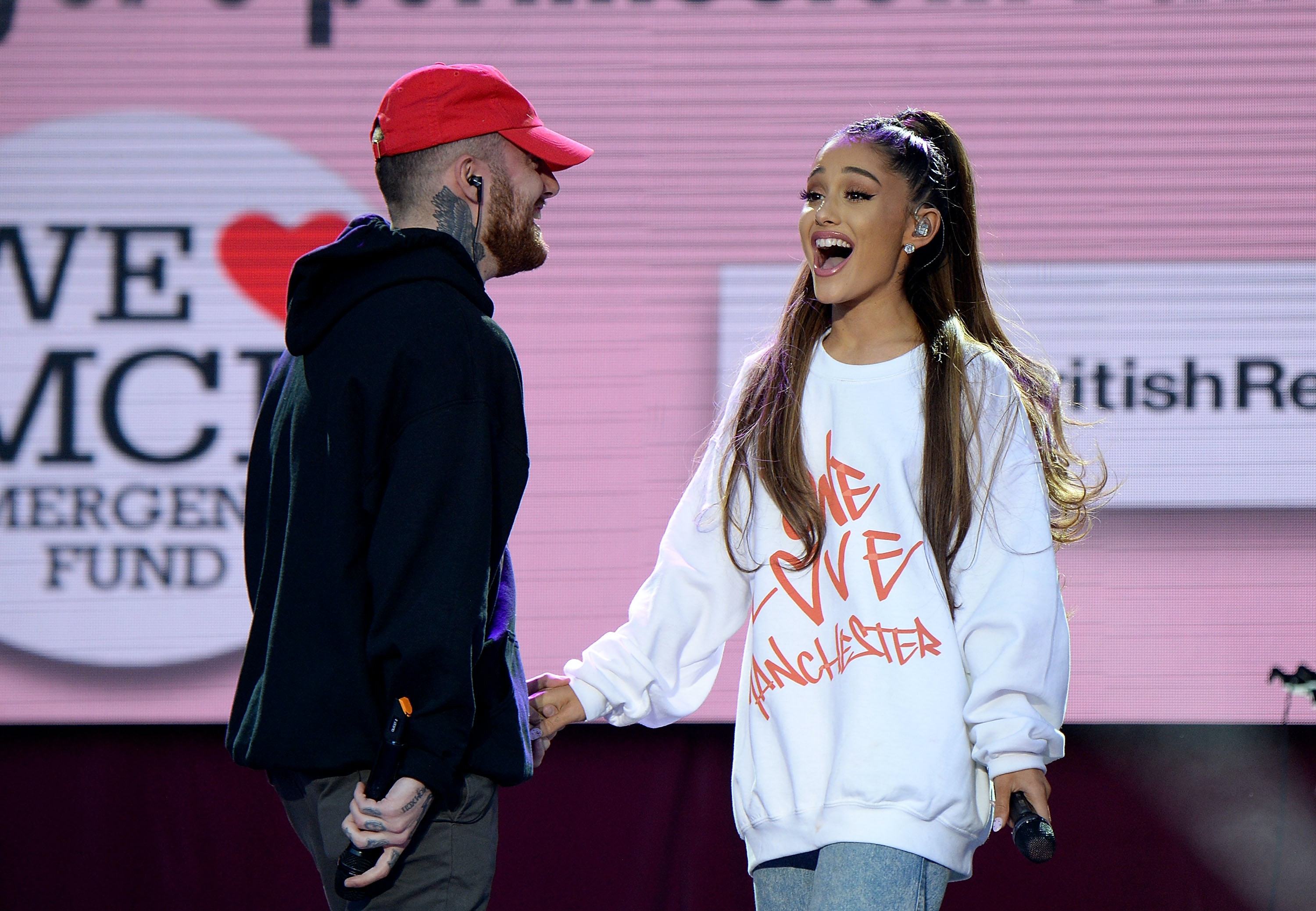 "In all honesty therapy has saved my life so many times," Grande tweeted in November 2018. "If you’re afraid to ask for help, don’t be. u don’t have to be in constant pain & u can process trauma. i’ve got a lot of work to do but it’s a start to even be aware that it’s possible."

Here’s to hoping Grande continues to grow and heal and channel her feelings through her music, because her fans are in her corner.