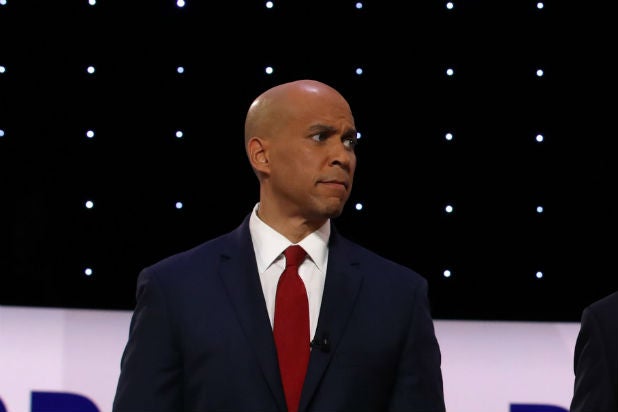 The British Broadcasting Corporation on Tuesday apologized for a radio interview broadcast last Friday that was presented as one with Sen. Cory Booker (D-New Jersey) — but turned out to be an imposter who pulled off a “deliberate hoax.”

“In our Newshour radio programme on Friday, a man claiming to be Senator Cory Booker was interviewed in what appears to be a deliberate hoax,” the network said in a statement. “We have apologised to Senator Booker and are looking into what went wrong to make sure it doesn’t happen again.”

The statement went on, “The interview only aired once at 2000 GMT on Newshour on Friday 26 February and has not appeared elsewhere.”

The network did not indicate how it became aware it had been duped or why it took so long after the broadcast.

Representatives for the New Jersey Democrat and 2020 presidential candidate did not immediately return a request for comment.

Hoaxsters do sneak onto news shows from time to time, but are typically called out sooner.

Last December, an animal rights activist hoaxed his way onto Maria Bartiromo’s Fox Business Network program — but she and her team got wise to the trick by the end of the show and apologized to viewers that same day. The activist later told TheWrap he didn’t feel too guilty about what he had done.