Like cast members of color in other sci-fi and fantasy franchises, Caleb McLaughlin has had the misfortune of experiencing racism from supposed fans of his wildly popular show. Portraying Lucas Sinclair on Netflix’s Stranger Things, McLaughlin is one of the very few Black characters in the fictional town of Hawkins, Indiana.

While appearing at Heroes Comic Con Belgium over the weekend, the actor, now 20, opened up about the difficulty he faced starring on the show as a teen and not comprehending why he was often less favored than his white co-stars. 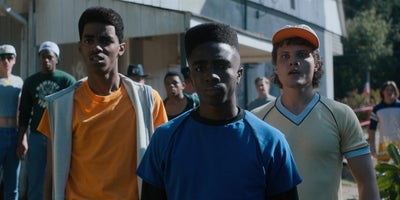 “It definitely took a toll on me as a younger kid,” he said in a Twitter video captured by a fan attending the convention. “My very first Comic-Con, some people didn’t even stand in my line because I was Black.”

“Even now, some people don’t follow me or don’t support me because I’m Black. Sometimes overseas, you feel the racism, you feel the bigotry. Sometimes it’s hard to talk about and for people to understand, but when I was younger, it definitely affected me a lot.”

The actor explained that as the show reached a fever-pitch in popularity and the cast became household names, he noticed a difference in the response he got versus that of his castmates. Wondering why he wasn’t getting the following and recognition everyone else was, his parents finally had to pull him aside and explain a harsh truth.

“I was like ‘why do I have the least amount of followers? I’m on the same show as everybody since season one!’ But my parents had to tell me, ‘it’s a sad truth, but it’s because you’re the Black child on the show’.” 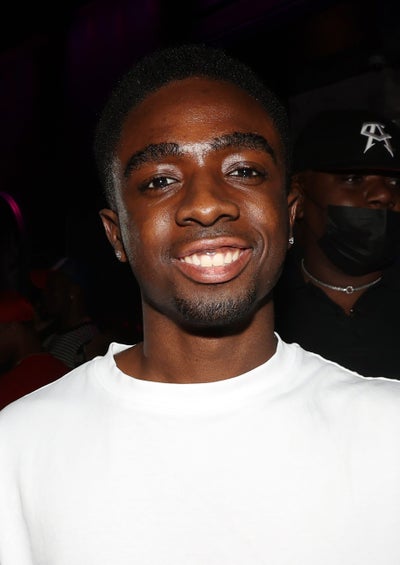 Though it was a tough realization for the actor to come to, he uses it to amplify his voice in positivity and focus on the love he receives rather than the hate.

“Because I was born with this beautiful chocolate skin, I’m not loved. But that’s why, with my platform, I want to spread positivity and love because I do not give hate back to people who give hate to me.”

The actor is the latest in a string of performers to come forward about racism from their respective fandoms in the sci-fi/fantasy genre. Actress Moses Ingram was frank about experiencing similar backlash while starring on Disney +’s Obi-Wan earlier in 2022, and cast members from Prime Video’s Lord of the Rings: The Rings of Power have faced a constant onslaught of doubt over their “belonging” in J.R.R. Tolkien’s fictional fantasy world.

Even more notably, social media recently went into an uproar over the first trailer featuring songstress Halle Bailey as Ariel in Disney’s upcoming live-action reimagining of The Little Mermaid.