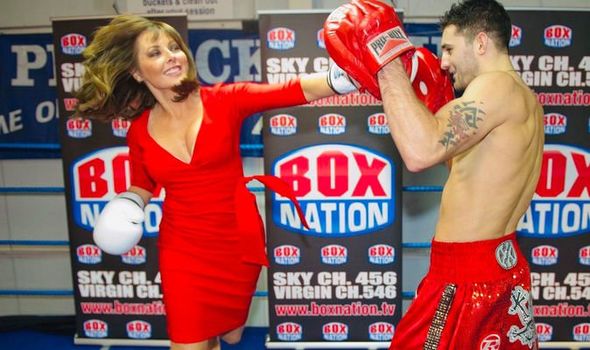 The TV star, who found fame on Channel 4 game show Countdown from 1982 to 2008, plans to try out some “new extra activities” this year.

Her list included paddle boarding and boxing – a sport she tried once before as seen in the unearthed snap she posted online yesterday.

The popular television star told her 425,100 followers that she once had a lesson from a world champion boxer.

She shared an unearthed picture which showed her throwing a punch at Nathan Cleverly – a two-time light-heavyweight world champion – on the social media site.

Carol was unsuitably dressed for the encounter in a low-cut little red dress and boxing gloves.

She sported a huge grin on her face in the animated snap. 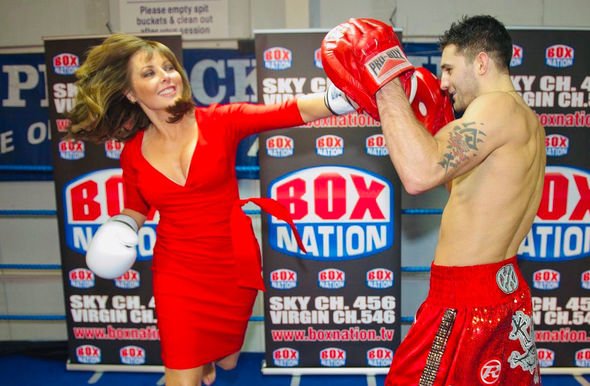 Alongside the picture she wrote: “I’m musing on NEW extra activities for this year.”

At the bottom of her list was: “Boxing (without head hitting ie the wimpy version, more my style [laughing emoji]).”

Carol divulged a bit more information about her boxing experience and jokingly described herself as “a natural”.

She said: “Had a lesson from then world champ Nathan C a few yrs ago…think I’m a natural.”

Twitter users and fans took to the comments section to share their thoughts as well as advice and additional suggestions.

Drawing attention to the throwback picture, one user remarked: “Not sure it was a fair fight in that dress.”(sic)

Another added: “Not many can pull off the ‘Boxing while looking glamorous’ look, you have done it in style!!!”

Other users had a few more suggestions for Carol to try.

One said: “Have you not thought of ladies rugby as you love the sport?”

“Get a mountain bike, great trails around brecon beacons,”(sic) said another.