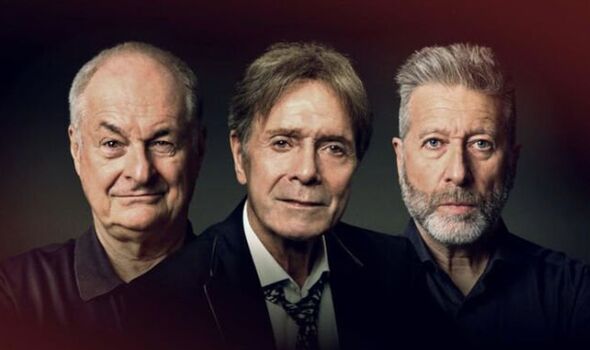 The singer and radio DJs were all investigated but cleared as part of Operation Yewtree and one of its subsequent inquiries. The probes were launched 10 years ago in the wake of the Jimmy Savile scandal.

Channel 4’s The Accused: National Treasures On Trial will focus on the impact the process had on the three stars, their careers and reputations.

Video diaries recorded with radio DJs Gambaccini and Fox at the time will offer further insight into their immediate thoughts during the investigations.

The documentary will also reflect on the operation’s wider legacy through their eyes and the lasting impact it has had on the country’s values, attitudes and culture.

Some of those close to the police investigation, along with journalists who were involved in the national conversation surrounding Yewtree, will also feature.

Sir Cliff, 81, won a privacy case against the BBC over its coverage of a South Yorkshire Police raid on his home in Berkshire in 2014, following a child sex assault allegation.

The veteran singer denied the allegations, he was never arrested and in June 2016 prosecutors announced that he would face no charges.

Gambaccini was arrested in October 2013 as part of Operation Yewtree over a claim he sexually assaulted two teenage boys.

The 73-year-old, a regular fixture on the airwaves for decades, spent a year on bail before the case was dropped.

Former Capital FM presenter Fox, 61, was accused of eight counts of indecent assault and two of sexual assault dating back to the late 1980s, involving young fans and colleagues.

He was cleared of all 10 counts at Westminster magistrates’ court in December 2015.

Sir Cliff and Gambaccini have since launched a campaign calling for suspects to have their anonymity protected by law unless they are charged.

Lee McMurray, commissioning editor of factual entertainment at Channel 4, said: “This film offers a unique and fresh take on events that changed us forever, compelling viewers to ask important questions about a watershed moment in recent British history.”

Sir Cliff’s team yesterday released images from his 2023 calendar and – after years of stripping off – the star keeps his shirt on.

The veteran singer beat Harry Styles and Taylor Swift in the 2022 calendar sales charts and has sold more than 250 million records worldwide.