In Ye he trusts? While many celebrities have spoken out in opposition of Kanye West’s presidential campaign, Chance the Rapper has come to the fellow musician’s defense.

“Are u more pro biden or anti ye and why?” Chance asked his followers. “I get that you’ll want to reply that you’re just tryna ‘get Trump out,’ but in this hypothetical scenario where you’re replacing Trump, can someone explain why Joe Biden would be better??” 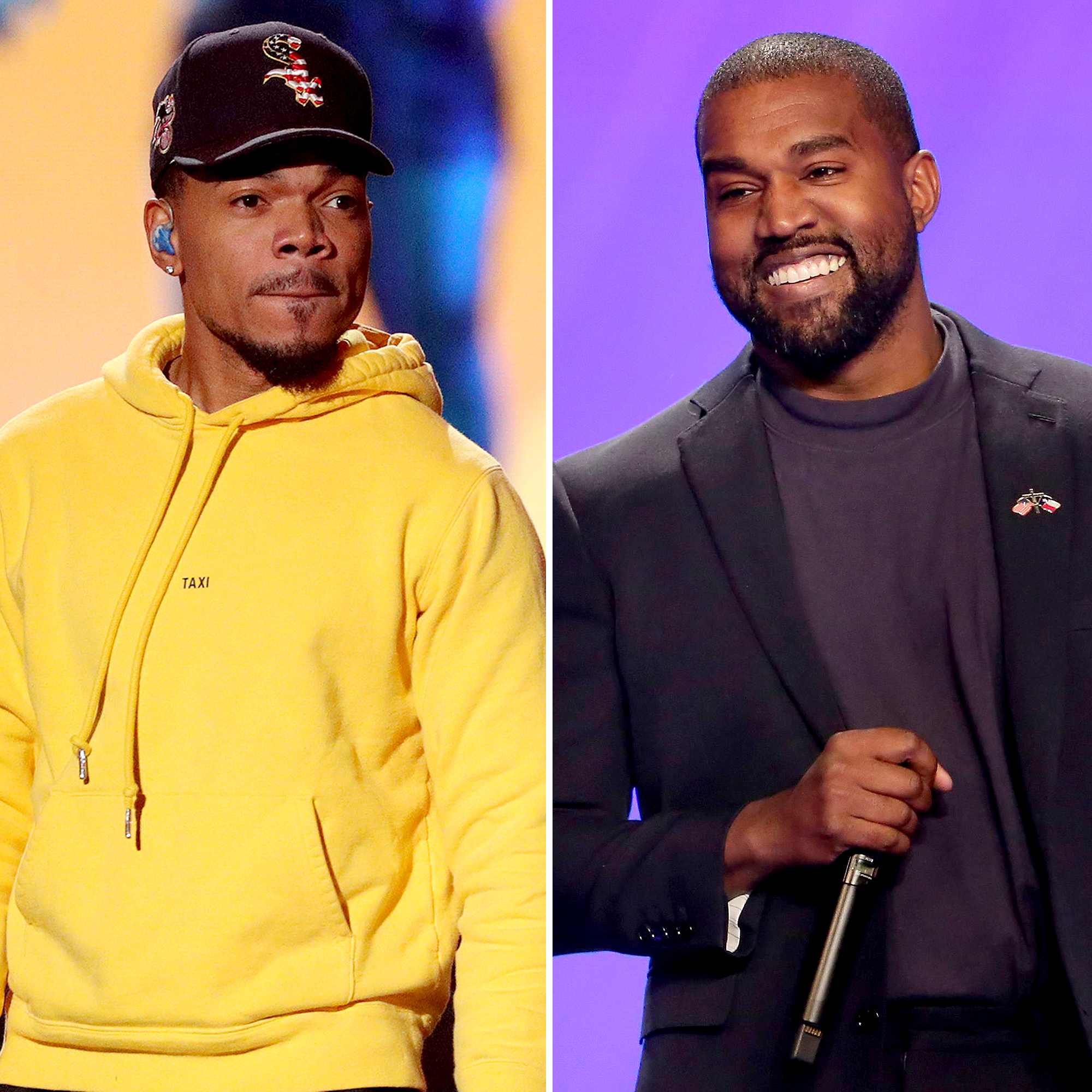 Chance’s tweet sparked criticism from many users, including an individual who was seemingly shocked that the rapper wasn’t “joking.” Another person suggested the public “should not have to teach a millionaire the ins and outs of presidency just because he decided he wanted to run,” but then they asked Chance to share “one solid platform” West has.

Celebs Fight Back on Social Media

“Reparations. Prison Abolition. Universal Basic Housing. Education Reform. Universal Basic Income,” he replied back. “There’s more but ion [sic] work for folks so I’ll let him do his job. Just saying we [have] been doing this thing the same way for a long time. Can a blck [sic] man get a chance?”

The Grammy winner later tweeted that he “didn’t plan on trending” on Twitter for his remarks, but he instead used his voice to speak out against the Chicago Police Department for killing Black Panther Party leader Fred Hampton in 1964. “I would like [to] take this opportunity to say: with all these apologies and accountabilities going around the city of Chicago and the Chicago Police Dept should finally admit to and denounce the assassination of Fred Hampton,” he wrote.

The two Chicagoan rappers have collaborated on songs including West’s “Ultralight Beam.” In the past, Chance has opened up about his close friendship with the Yeezy designer.

Kanye West Says He Had COVID-19, Comes Out as Anti-Vaxxer: 5 Revelations

“He’s one of the most supportive people in my life,” the “Hot Shower” artist said on Nicki Minaj’s Queen Radio show in July 2019. “I went and spent some time with him a couple weeks before [my debut] album dropped. He just gave me some ideas. We’ve spent a lot of time on the phone in the past two days. That’s fellowship and it’s strengthening each other.”

West announced his run for president in a single tweet on July 4. “We must now realize the promise of America by trusting God, unifying our vision and building our future,” he wrote at the time. “I am running for president of the United States Flag of United States! #2020VISION.”

In the days after his announcement, Forbes published an interview with West about his political beliefs and what’s to come amid his campaign. He came out as an anti-vaxxer and revealed his vice presidential running mate will be Michelle Tidball.

An insider exclusively told Us Weekly that West “believes in supporting big-business tax breaks but also more stimulus and opportunities for minorities and Black people.” The source said that West is in support of “massive education reform and wants to build world-class infrastructure projects,” but that he also “believes he can be a bridge between Republicans and Democrats.”