It’s honestly refreshing to find out that celebrities haveawkward first dates just like the rest of us. It can be very eye-openingmeeting someone for the first time, and even A-listers experience the totally uncomfortablemoments that can happen while spending time with a stranger.

Academy Award winner and internationallyacclaimed actress Charlize Theron might have the weirdest, mostcringe-worthy first date story of them all. The Bombshell star recently dishedto Jimmy Kimmel about a dating experience that was sobizarre and horrifying it made her burst into tears on national television. 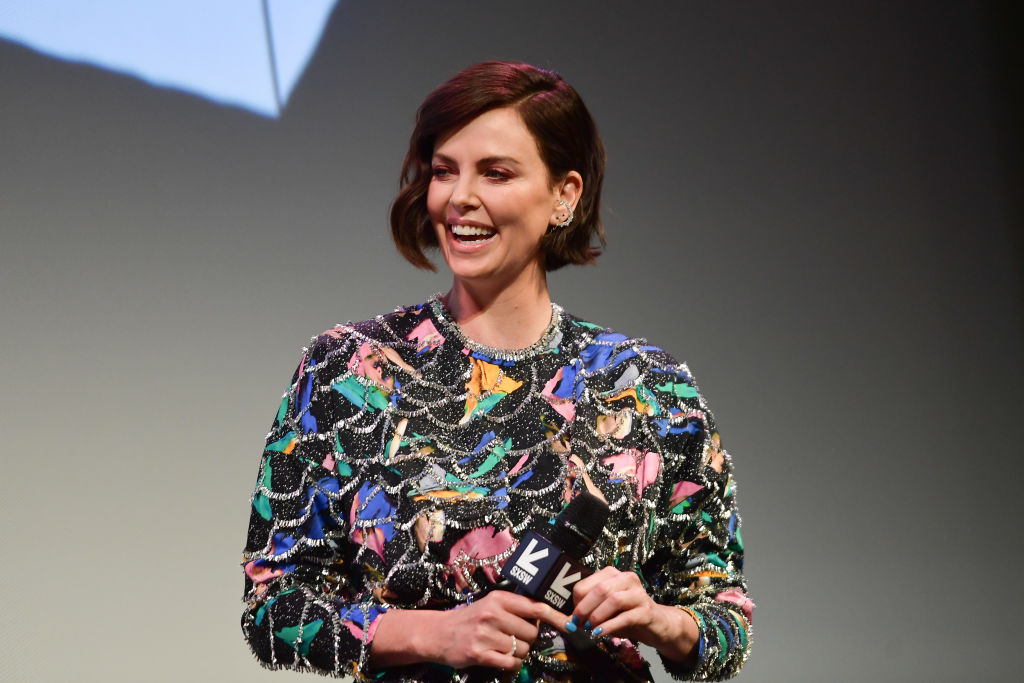 Luckily for the man in question, Theron never revealed his name.But she did recount the story about the weird, gross thing her date wanted herto doon a first date they had.

“So I went on a date with this guy in my 20s,” she explained to Jimmy Kimmel. “He was super handsome. I was like really into it. He picked me up for dinner, he drove me home, and I kind of signaled I was in for a kiss.”

“He pulled over bymy house and we started kissing and he pulled away and he said… ‘Make outwith my nose.’”

At this point in the interview,Theron begins crying as she tries to hold back the laughter. She barely ekesout, “I swear on my life. I’ve never met another person who likes to havesomeone make out with their nose.”

Instead of running awayscreaming, Theron said she did try to appease her date. “So I gave alittle peck on the nose and he was like ‘No make out with it.’”

At this point, both Theronand the audience explode into laughter at the prospect of her making out with someone’snose.

She was still laughing aboutthe incident the next day

If you’ve ever wondered what it’s like to burst into tears on national television from laughing so hard, watch @jimmykimmellive tonight to see me live that nightmare for you #BombshellMovie

The 44-year-old actress went on that date more than two decades ago, but clearly, the whole event left a real impression on her. Telling the story still had her chuckling the next day.

She posted on Instagram saying, “If you’ve ever wondered what it’s like to burst into tears on national television from laughing so hard, watch @jimmykimmellive tonight to see me live that nightmare for you.”

She’s a mother of two adopted children but Theron never wanted to get married.

“I haven’t been in a relationship for a very long time,” she told Glamour in an Oct. 2019 interview. “I never wanted to get married. Those are things that are not hard for me, because they’re innately my truth. I find people are somewhat perplexed by that, and also more with women, right?”

Hopefully,the rest of her dates don’t include any nose makeout sessions.