Home » Celebrities » Cheryl Burke Opens Up About Her Struggle With Sobriety

Cheryl Burke Opens Up About Her Struggle With Sobriety For “Dancing with the Stars” pro Cheryl Burke, alcohol has always been a slippery slope. In October 2020, the reality star appeared on “Good Morning America,” where she discussed her decision to quit the booze and put her “party girl” days behind her. Burke — then two years sober — explained that she “was on TMZ every day practically going out seven nights a week, and then I just took it to the next level and it became an issue.” After moving to Los Angeles, she recalled that it had “become an everyday thing for me,” which is when she knew she needed to make a change. The decision carried added weight as her late father had also fought and overcome alcoholism.

But while sobriety was the right move for Burke she understood that not everyone would understand it. “When you make a big decision … your friends will change,” she said on “Good Morning America.” “And, you know, some people will support it. Some people won’t. And at the end of the day, you have to be okay with this.” These days, Burke has more “meaningful” friends, including her “Pretty Messed Up” podcast co-hosts: Backstreet Boys’ A.J McLean and dancer/singer René Elizondo Jr. All three are in recovery, which is why Burke felt safe enough to open up about her sobriety struggles on a June 27 episode of the podcast. Here’s what she had to say.

Cheryl Burke has been thinking about drinking again 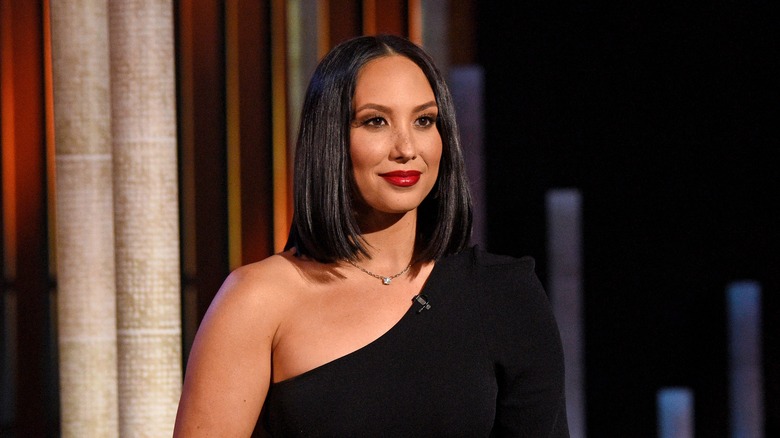 As Cheryl Burke, A.J. McLean, and René Elizondo Jr. touched on the topic of Britney Spears’ conservatorship battle on their podcast “Pretty Messed Up,” the conversation soon shifted to addiction and sobriety. That’s when Burke revealed that, despite the fact she’s been sober for three years, she’s recently begun struggling with drinking again. “I’m here to confess that lately staying sober has been a little bit of a challenge for me,” she revealed. “And recently I’ve been thinking a lot, I have to admit, about drinking again. So, I decided to hold myself accountable by confessing my anxious feelings.”

This struggle is the result of some personal difficulties in her life that have challenged her sobriety journey, including “something bothering me that I don’t necessarily want to feel or face,” Burke shared. In the past, numbing her feelings had acted as a coping mechanism, so these difficulties have triggered her need to pick up the bottle. “There’s so much chaos going on in my life right now,” she said on “Pretty Messed Up.” “In the past, everyone always used to say, ‘How do you do it all?’ But I did it all because I was numbing through it all. Now, for the first time … I’m actually having to feel it and be uncomfortable while I’m feeling it.”

At least this time around, Burke knows she can count on the support of McLean and Elizondo Jr. to help her get through.