CHRISTOPHER STEVENS reviews last night’s TV: Patients who cure themselves are a proper pain in the… head

How To Beat Pain

This joke was ancient even in the heyday of the Victorian music hall: a man staggers into hospital, begging ‘doctor, doctor, I’ve got this terrible pain in my head, bang in the middle of my forehead’.

The medic takes one look at him and says: ‘I’ve seen this before. I can cure it but I’ll have to chop off both your big toes.’

‘Anything, doctor,’ sobs the patient. ‘Just make the pain go away.’ So the doctor takes a hacksaw, whips off the man’s toes and the pain vanishes. Miraculous.

Of course, the man’s shoes are now too big. So he goes to a shoe shop and an assistant measures his right foot. 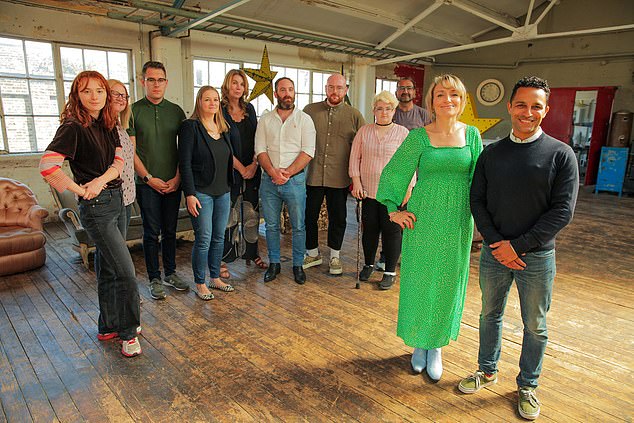 Then she asks to measure his left foot. ‘Don’t fuss,’ says the man irritably. ‘Both my feet are bound to be the same size.’

‘Oh no, sir,’ says the woman. ‘Your left foot might be bigger. The shoe will pinch — and if your left shoe pinches you’ll get this terrible pain, bang in the middle of your forehead.’

None of the doctors and presenters was proposing amputation to help sufferers with their chronic ailments on How To Beat Pain (C4). But they didn’t look exactly thrilled when one patient came back after six weeks of trial treatments and announced that he’d found his own cure, no thanks to them.

Mike, a big fellow with a beard, was a martyr to his migraines. The doctors had lots of suggestions: cut out carbs, regular bedtimes, ‘wild swimming’ in a lake.

Swimming sort of worked — Mike was so cold that he forgot his headache. But it came back with a vengeance, so badly that he ended up in A&E.

Then someone suggested he might try CBD oil, the cannabis derivative that was recently made legal for over-the-counter sales. And, just as magically as if someone had chopped off his big toes, Mike’s headaches melted away.

At this point, a message appeared on screen urging us not to try untested cures at home without consulting our GP first.

One doctor pointed out through clenched teeth that trials had not proved CBD oil possessed any medicinal powers whatever. She couldn’t have looked more unhappy if a patient had healed himself with the power of spoon-bending.

Holiday advert of the night:

Joanna Lumley was in Havana, Cuba, on Unseen Adventures (ITV). Meanwhile, on BBC2, Wild Cuba explored the island, before Castro v The World looked at its politics. The Cuban tourist board is loving this.

Presenter Kate Quilton did encourage other people to tackle their long-term pain with alternative therapies such as tai chi, yoga and acupuncture. Some patients felt a bit better but we were left with the impression that these were hit-and-miss remedies that doctors try only when the drugs aren’t working.

More hands-on treatment was meted out by animal medics Peter Wright and Julian Norton on The Yorkshire Vet (C5) — but if you can keep eating your supper while watching an alpaca with a prolapsed uterus, then your stomach is stronger than mine. (Alpacas in the Dales? What next?)

Even the cute case of Quercus, the greedy wire-haired pointer, was a bit yucky. Quercus had snatched a bag of seven party poppers from a table and swallowed them. His owner was worried they might explode in the dog’s stomach.

Julian gave Quercus an injection to make him bring up the poppers. Obviously, poorly animals are a vet’s life but this was all a little too visceral.

Luckily, the irrepressible Peter, who was once the apprentice of Alf Wight (James Herriot), was dispensing his usual cheerful humour. Visiting farmers Steve and Jeannie Green to trim a heifer’s horns, he wrestled with the young cow: ‘I think I’ll have to put me leg over again… careful, Mrs Green!’