Cindy Crawford, 54, ‘reprimanded for speaking her mind’ on scantily-clad shoot Following an illustrious career in front of the camera, supermodel Cindy Crawford has opened up about her experience of working on scantily-clad photoshoots. The 54-year-old American model spoke about a specific swimsuit shoot she did, claiming she was “reprimand” for speaking up when on set.

“I have done a lot of nudes and swimsuit shoots, but the ones you regret are the times you feel pressured in the moment,” Cindy said in a new interview.

“When I did Playboy with Herb Ritts, I felt totally comfortable.

“I could have killed the whole shoot if I wanted and that allowed me to do it in a way that felt safe.

“But there were times when I haven’t felt I had a voice,” the mum-of-two told Red magazine. 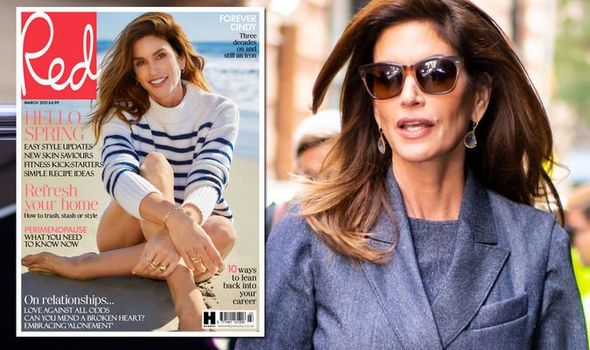 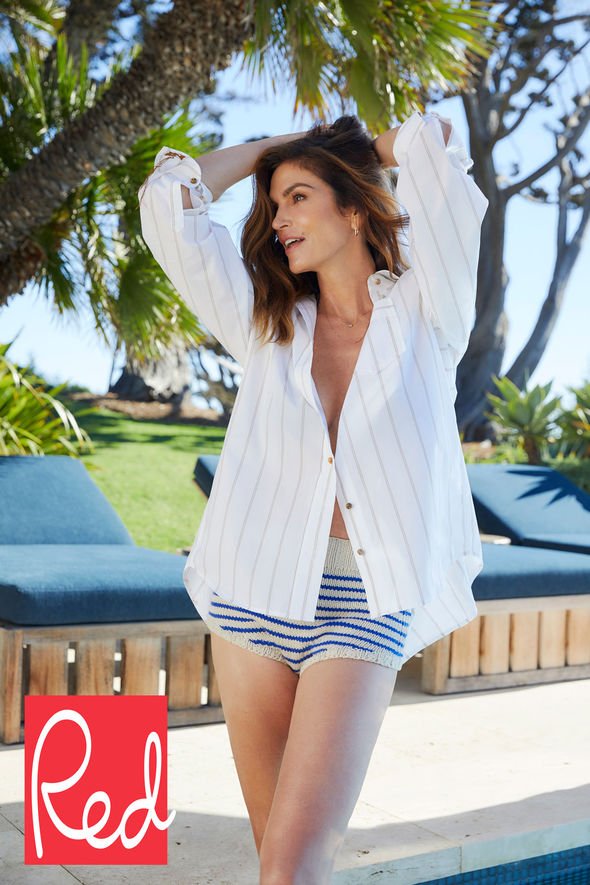 Cindy went on to talk about a “controlling” person she encountered, who was not happy when she voiced her opinion.

“I did the Sports Illustrated swimsuit issue early in my career and the woman overseeing it was very controlling.

“I remember getting to Thailand and she wanted me to wear a turban for the first shot.

“At the time, I thought, I am not sure the guys who read Sports Illustrated think that turbans are very sexy, and I voiced that, and she did not like it.” 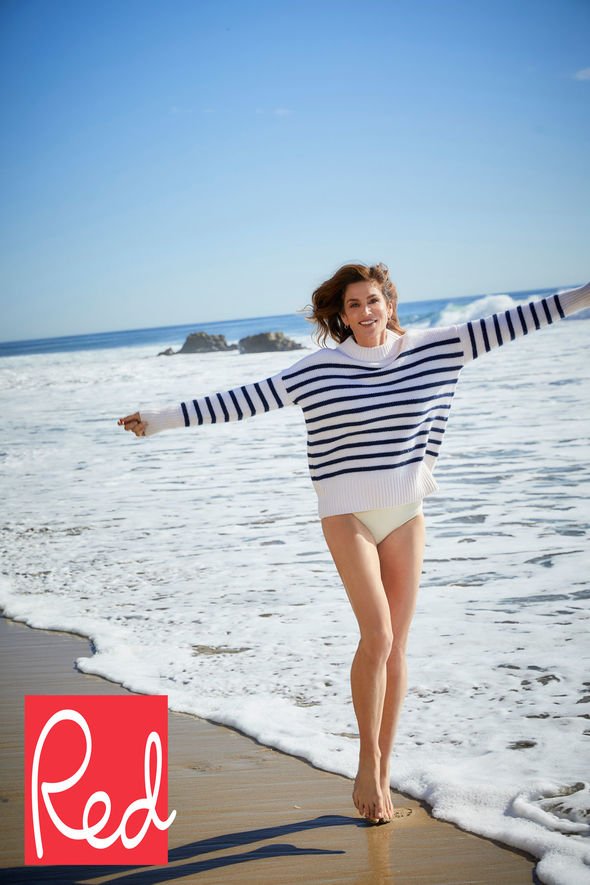 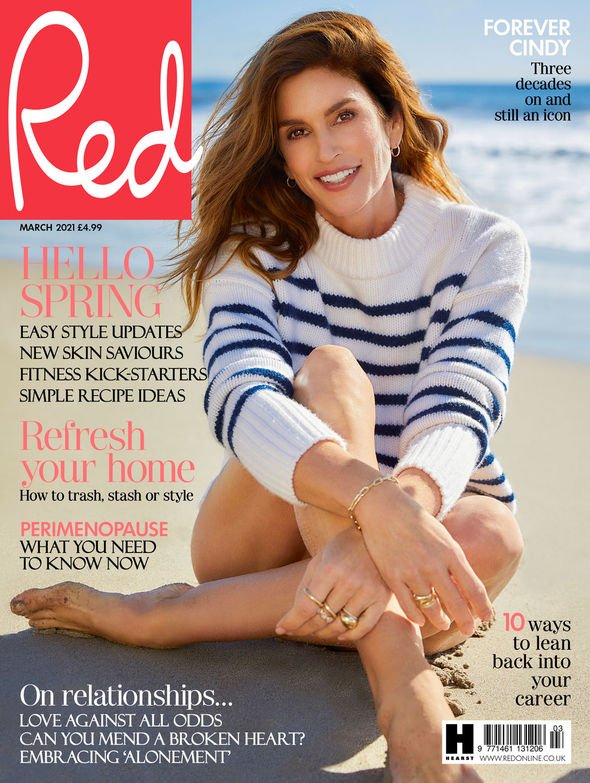 Revealing the outcome following her remarks, the model continued: “I ended up only having one small picture in the magazine.

“I thought, ‘Wow, I’m being reprimanded for speaking my mind – I’m not really down with that.’”

Cindy recalled the incident during a chat with the publication about her past failures and what she had learnt from them.

She also spoke about the secret to her long marriage.

Cindy is married to businessman and former model Rande Gerber, 58.

Both of whom have followed their parents into the modelling industry.

The mum-of-two said their relationship is based on “friendship and mutual respect”.

Cindy is the cover star of Red’s March issue.

True to form, she looks incredible in the pictures by photographer Joseph Montezinos.

The former runway star strikes a pose on the beach in the sunshine, wearing bikini bottoms and a striped jumper.

She can also be seen playing in the surf and posing by a swimming pool in the stunning location.

Read the full interview with Cindy Crawford in the March issue of Red, on sale now. It is available in all supermarkets and online at MagsDirect https://magsdirect.co.uk/magazine-category/lifestyle/red/