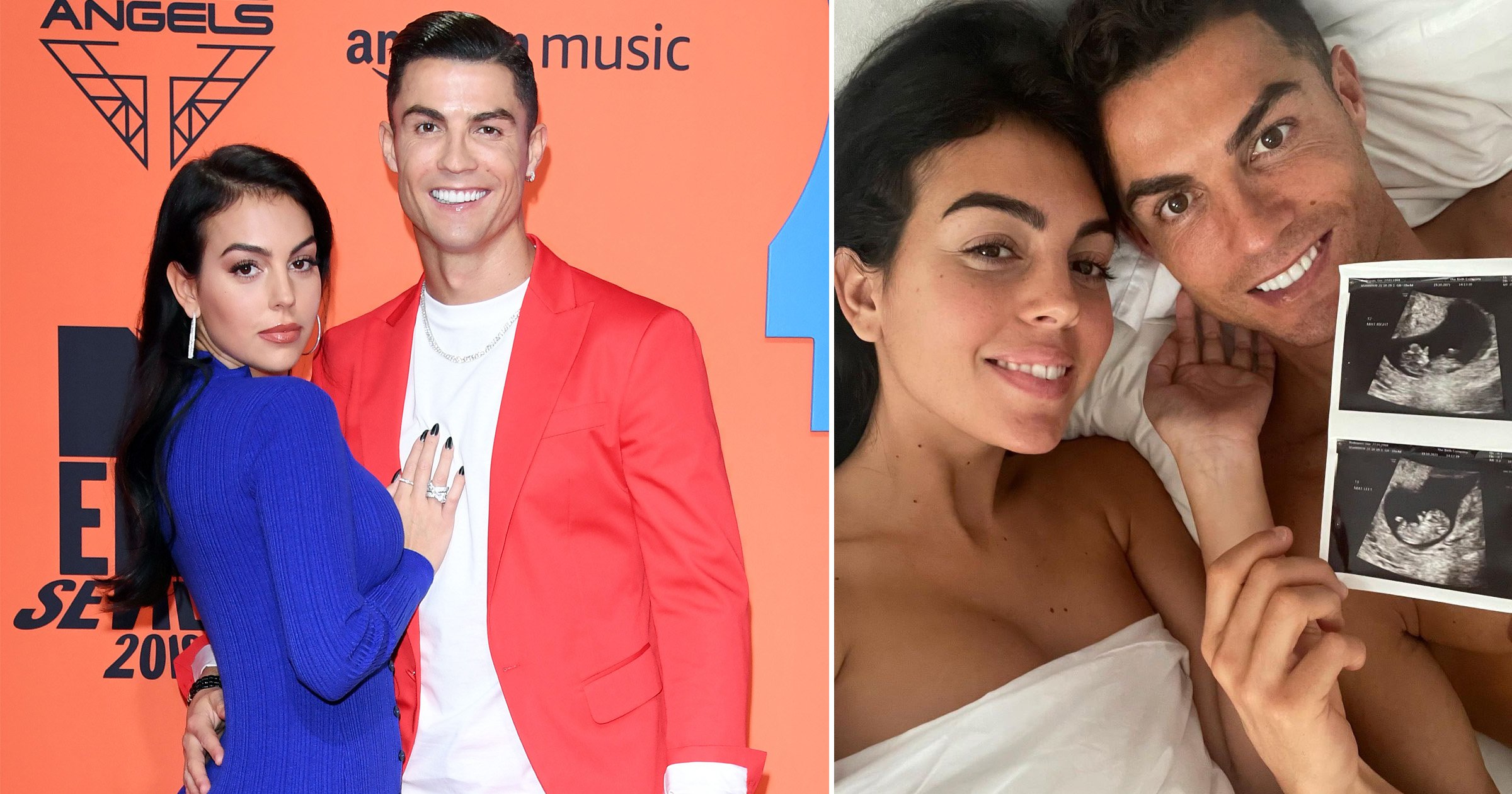 The Manchester United footballer announced he was expecting another set of twins with his longtime girlfriend last month.

Georgina, who is around three months pregnant, shared a photo from her ultrasound appointment on Monday and she was in good company.

In the sweet snap, the 27-year-old is seen lying on a bed at the doctor’s office with the scan of one of the babies seen on a nearby screen.

However, the cutest aspect of the photo is Georgina and Cristiano’s four children excitedly watching on from the corner.

Cristiano shares daughter Alana, three, with Georgina and also has son Cristiano Jnr, 11, and twins Eva and Mateo, four, via unknown surrogates in the United States.

Georgina captioned the photo: ‘Impacientes ❤️ ❤️,’ which translates to ‘impatient’ showing just how excited their kids are to meet the twins.

The couple announced that they were to become parents of six last week, with footballer Cristiano sharing a picture of him and Georgina happily showing off their twins’ ultrasounds and a photo of his four children swimming together.

The 36-year-old penned: ‘Delighted to announce we are expecting twins👶🏻👶🏻. Our hearts are full of love – we can’t wait to meet you ❤️🏠.’

Georgina and Cristiano have been dating since 2016 when they met at the Gucci store where she worked as a sales assistant.

Recalling the early days of their relationship, Georgina previously revealed to Italy’s Elle magazine: ‘Days later we saw each other again at another brand’s event.

‘It was then that we could talk in a relaxed atmosphere, outside of my work environment. It was love at first sight for both.’

Over the years, it has been rumoured that Cristiano and Georgina were engaged but she soon shut it down in 2019.

Speaking to Spain’s Hola! Magazine, she said: ‘Every couple wants to get married and I would love to personally.

‘Right how we have priorities and a lot of responsibilities, although in the future it would be marvellous to become Cristiano’s wife.’