But after having a second and final dose of the vaccine means she can now crack on with domestic chores and finally celebrate her landmark. Dame Esther said: “Having my second jab means that for the first time I can really start planning my next birthday party.  “I had to delay celebrating reaching 80 for a whole year so I can’t wait to picnic in my garden with all my grandchildren which will be the best birthday celebration of all.

“I’m also going to book the man who told me my boiler needs servicing. At first I thought he was being personal but it turns out my boiler really does need servicing and now I feel confident letting him into my house to get it done.”

The national treasure is known to millions as the eternally optimistic presenter of That’s Life! which ran for 21 years and drew regular audiences of 18 million and a tireless campaigner who set up ChildLine in 1986 and The Silver Line for lonely pensioners in 2013.

She was given the jab at Milford War Memorial Hospital in Lymington, near her New Forest home in Hampshire.

Dame Esther said: “Silver Line callers often say their greatest dread is being carted off to intensive care units alone, and maybe even dying alone. Two small jabs in the arm and they will be protected from that nightmare. It’s the best way for us all to stay safe.”

Dame Esther has three children Miriam, Rebecca and Joshua from her marriage to the late Desmond Wilcox. 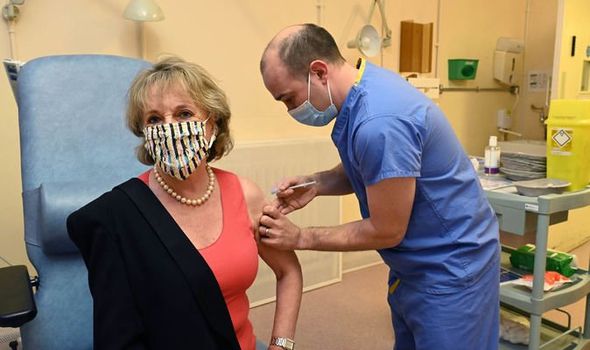 But the most painful part of the long and weary pandemic has been separation from her five beloved grandchildren Benji, seven, Xander and Teddy five, and Florence and Romilly, two, and her string of friends.

Last month she spoke openly and honestly about struggling with loss, which first struck when her documentary maker husband died from heart disease aged 69 in 2000.

And, like millions across Britain, lockdown has been a daily battle against isolation and loneliness.

She said: “When Dessie died I felt like the sun had left the sky.

“One of the things about death is there is so much to do. I must have been tearing around in a mad frenzy.

“I was now the bread winner, a single parent, and there were all these things that needed dealing with. If you can get to the point where you celebrate what you had, that’s a terrific place to be. I feel I have reached that place.” 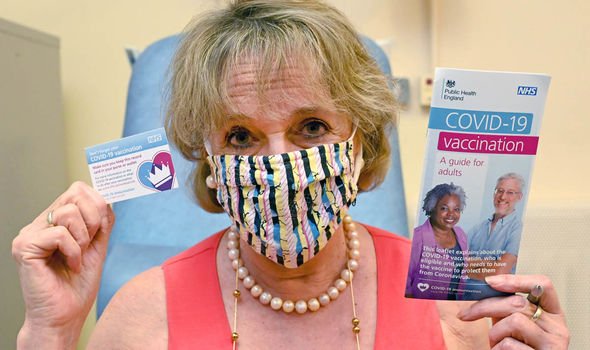 She added: “In the last year or so I thought I had invented him – that I had made him up – and thought to myself, was it a fairytale?”

After watching home videos Dame Esther said: “It’s a glimpse to a time when we were very lucky to have each other.

“We had tough times as well, plenty for tough times, everyone does, but this is just a glimpse of a really golden moment. It’s lovely to see him. When he died my heart did break. Is it broken now? I hope not.

“I think I was stuck. It’s a bit like wandering around for ages and ages and ages with a plaster cast on and eventually being persuaded to take it off. Maybe I think the present and the future now are more important to me than the past. You never lose the pain but it has this wonderful context of a celebration, it’s a really good feeling.”