Debra Messing developed a close relationship with Will Chase’s ex, Lori Davis, when they were dating. After learning of Lori’s sudden death, Debra took to Instagram on Dec. 27 to write a touching tribute.

Lori Davis, a stand-up comedian who was previously married to actor Will Chase, died on Dec. 26. Lori and Will shared two children together, and when the actor dated Debra Messing from 2011 to 2014, Debra developed a close relationship with the entire family — including Lori. The Will & Grace star was absolutely devastated by Lori’s passing, and mourned the loss with an Instagram tribute. She shared various photos of herself with Lori and their children, along with a lengthy message revealing her grief.

“I can’t believe you’re gone,” Debra wrote. “No doubt, heaven has a new bright light. It’s not fair. You’re so good. So loving, funny, nurturing, loyal, open, optimistic and ready to celebrate…anything. Ours was a unique bond. Lori was my ex-partner’s ex-wife. Yes, that’s right. And the mother to two spectacular girls who I had the opportunity to fall in love with, and who became the sisters my boy never had. We loved each other’s children and in turn developed a beautiful friendship.” 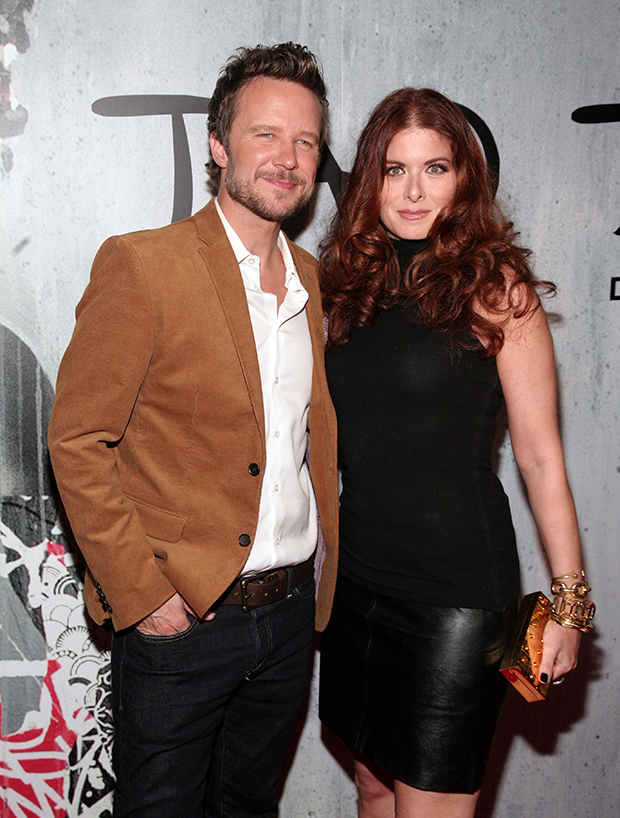 Debra reminisced about attending school musicals and theater productions together, as well as trips to Broadway musicals and Six Flags with the kids. “It was special because it was entirely chosen,” she gushed. “We connected recently. She wrote a personal recommendation for my boy’s application to her college alma mater. I wrote letters for both of the girls’ as well. We rooted for each other. We sent singing happy birthday videos to each other and she helped me celebrate my 50th birthday. We were chosen family. Many many hearts are shattered right now. Please say a prayer for her family. And remember, we are guaranteed nothing.”

Lori was married to Will from 1998 until 2008. Their daughters, Daisy and Gracie, are now 22 and 20, respectively. Will went on to marry Stephanie Gibson in 2009, with their divorce being finalized in 2012. He and Debra were together on and off from 2011 until 2014. Now, he’s in a relationship with Ingrid Michaelson, who also mourned Lori’s death. “I’ll miss Lori,” she wrote. “She called me her wife. Which was funny since she was Will, my partner’s, ex-wife. And silly. She was so supportive. Creative. Daring. Always a bright light in a dark room. We will miss you Lori.”