Strictly Come Dancing professional dancer Dianne Buswell, 31, who is dating YouTuber and former dance partner Joe Sugg, 28, was caught ripping off her bra on camera during one of the latter’s vlogs. The BBC favourites, who competed together in 2018, gave their viewers an insight into their holiday in Dorset and the Jurassic Coast.

Are you getting your kit off?

After the couple arrived, Joe decided to show his fans what their bedroom looked like in his latest vlog.

The TV star began by saying to the camera: “Because we got here first, we got first dibs.”

The YouTuber then turned his camera to show Dianne, who was unpacking their things in one of the bedrooms.

As the Strictly pro started to unhook her bra while fully clothed, Joe announced: “And then through here, is our bedroom!” 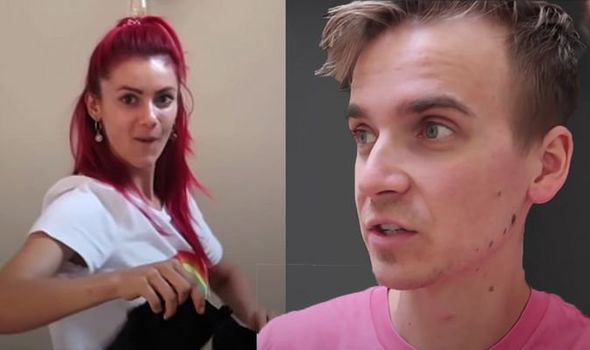 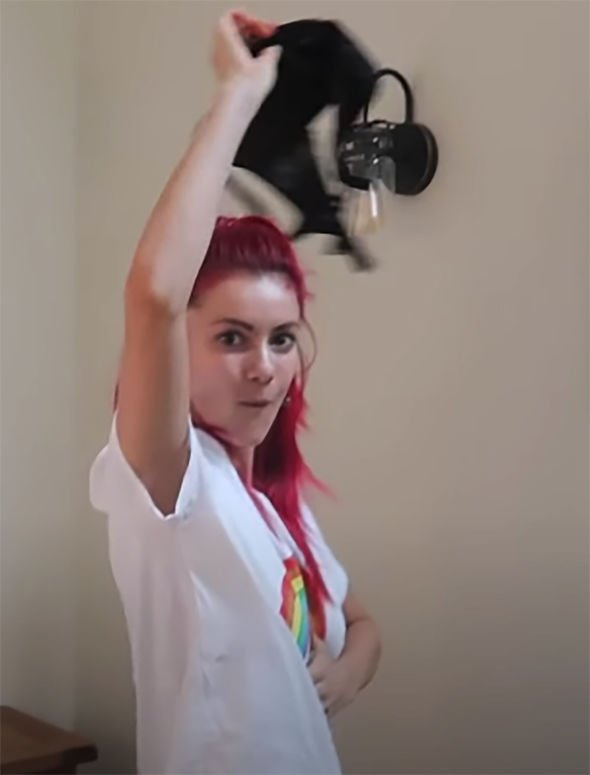 Once Joe realised Dianne was stripping off while he was filming her, he asked: “Are you getting your kit off?” as the performer started to dance and sing as she pulled down her bra.

Joe then moved the camera away and said: “Oh my God, no. Oh my word.”

However, he went on to film the star and joke: “She’s escaped to the country. She’s getting her kit off.”

Once Dianne had successfully removed her bra with minimal effort, Joe was impressed and added: “Oh my God,” as she started swinging the piece up in the air. 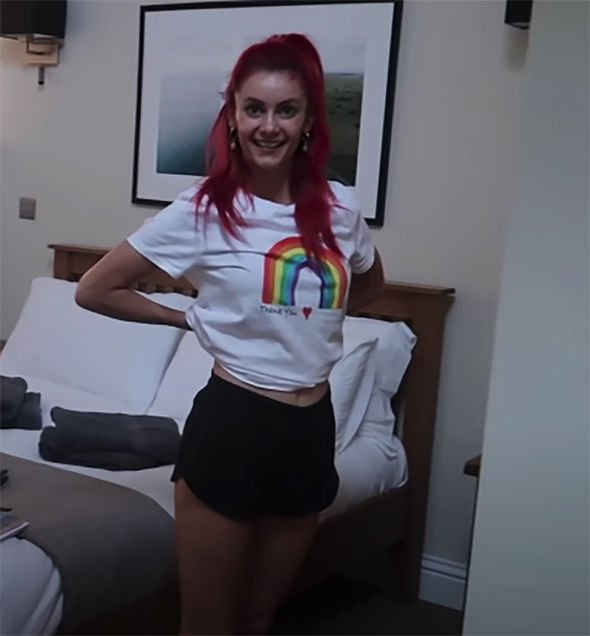 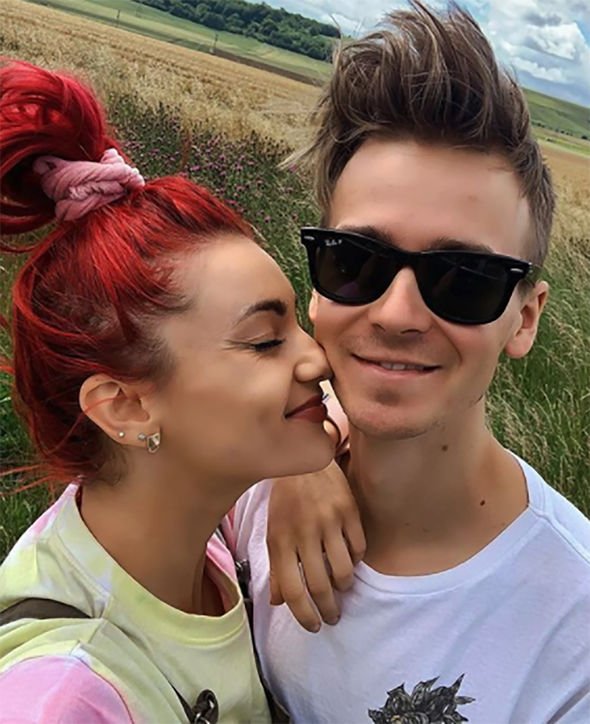 The professional dancer then moved towards the camera while holding her lingerie, before Joe asked: “How did you do that? Is it magic?”

Dianne soon attempted to fling it onto the vlogger’s camera, but it instead fell onto the floor, which left the couple laughing.

Joe stated: “Absolute fail!” but Dianne managed to fling her bra at him on her second attempt.

Dianne and Joe started dating after they came runner-up on Strictly Come Dancing two years ago.

Elsewhere, Dianne sparked pregnancy speculation after she shared a cosy snap of herself and Joe when they were away.

The picture she shared with her 824,000 Instagram followers showed herself cuddling Joe as they sat on top of their campervan.

After Dianne captioned her post with: “Just the 3 of us,” fans assumed the loved-up couple were hinting at some exciting news and not their beloved vehicle.

Another also replied: “I nearly had a heart attack,” which was followed by a laughing face emoji.

Joe, who is now living with the red-haired beauty, previously told Express.co.uk about whether he would propose anytime soon.

“Who knows? I’ve not really had the time to think about it just yet,” he revealed.

“Who knows what the future will hold, I’d probably tell my family and friends first.”