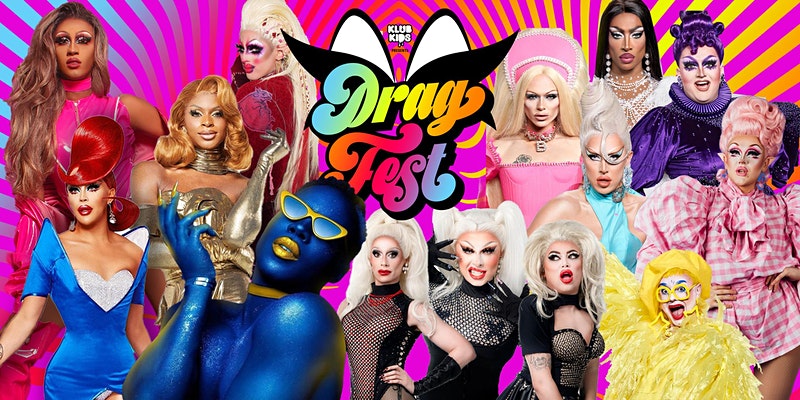 Drag Fest UK has publicly apologised after a number of high-profile queens dropped out of the event with days to go.

The music festival is set to take place in London’s Printworks on Saturday August 14 and in Manchester’s Victoria Warehouse on Sunday August 15, with tickets starting at £54.

However, with just days to go, fans have criticised the promoters after a host of drag queens dropped out, citing communication issues and travel concerns.

Many of the queens had been set to fly over from the US to join the UK talent, including RuPaul’s Drag Race UK queens Lawrence Chaney, Bimini Bon Boulash, Tayce, A’Whora and Ellie Diamond.

Klub Kids, Drag Fest’s promoters, addressed the situation on Twitter, writing: ‘We would like to publicly apologise to those artists that we cannot get to Drag Fest UK this year. We only knew 2 weeks ago that this event was going ahead, with Covid rules constantly changing this has really hit this event hard……..

‘We are going to work on getting these artists back with Klub Kids later this year when we can be more prepared and organised. Big love to everybody.’

They added that anybody who had purchased meet and greet tickets for a queen who has now pulled out would be getting a full refund.

Drag Race season seven queen Pearl Liaison has also since dropped out, writing on Instagram: ‘Due to many factors including poor communication, travel issues and Covid I will not be appearing at Drag Fest this weekend.’

Meanwhile, fans noticed season eight queen Acid Betty had been removed from a joint meet and greet with Bebe Zahara Benet, and she commented on Vander Van Odd’s statement: ‘I think my name is on the flier as well…’

Season seven Drag Race winner Bob The Drag Queen, who was not scheduled to attend the festival, addressed the controversy on Twitter, writing: ‘I don’t know what going on with the fest but it sounds like the Fyre Festival of drag.’

The Greatest Dancer judge Todrick Hall is set to headline, with Canada’s Drag Race winner Priyanka already in the UK and still scheduled to perform.

Many of the US names are already in the UK for other shows, while there does not seem to be any issues with the UK-based queens’ performances.

Shea Coulee, Miz Cracker and Drag Race Holland winner Envy Peru had dropped out after the dates were pushed back due to Covid-19.

The event will host a live stage, lip sync stage and comedy stage, as well as a drag market, merch stalls, meet and greet booths and face paint and glitter stations, and stresses that it is not a drag convention like DragCon, but rather a music festival.