Is Gemma Arterton hoping to be the first female 007?

I ask because the 35-year-old former Bond Girl says she only agreed to appear in Matthew Vaughn’s The King’s Man after he told her she’d be portraying a 007-type figure.

‘He said he would love to have a female action-spy, James Bond-esque character,’ says Gemma, who plays Polly Wilkins in the prequel to the Kingsman films.

Maybe she’s had enough of leaving viewers shaken and stirred in raunchy outfits — and wants to be the one to carry the gun. 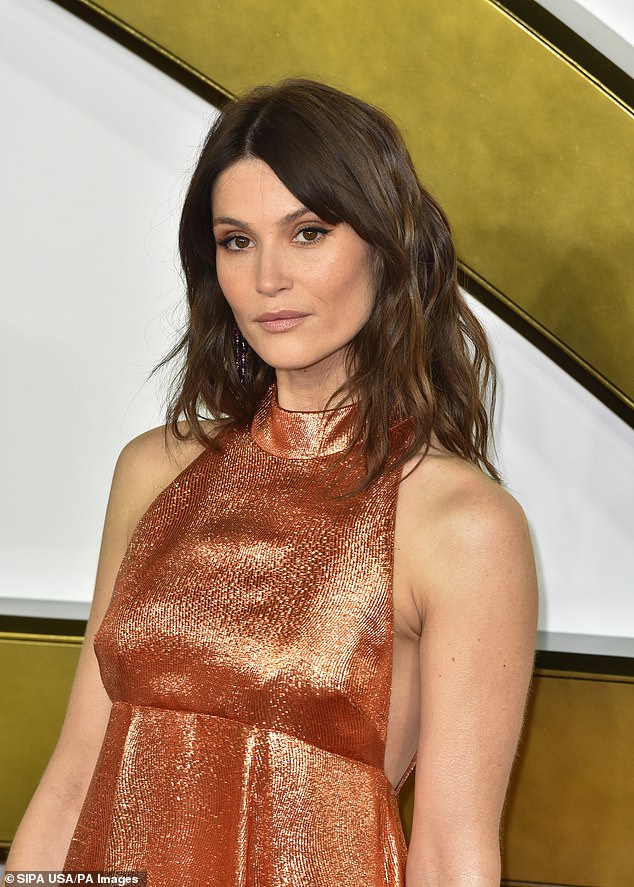 Is Gemma Arterton (pictured) hoping to be the first female 007?

Carrie Johnson has had a busy year, working for an animal charity and recently becoming a mother for the second time.

But I can reveal 2022 could be a blockbuster for the Prime Minister’s wife, as she has been in talks with Netflix to produce hard-hitting nature documentaries.

Shows fronted by figures such as Sir David Attenborough are smash hits on streaming sites.

And after Prince Harry and Meghan scooped an estimated £100 million-plus Netflix deal as executive producers, signing up with broadcasters is a no-brainer for public figures.

Carrie, 33, is head of communications at the Aspinall Foundation. She and her boss, Damian Aspinall, are being courted by Netflix, among others, who want them to make a programme about the elephants at Aspinall’s wildlife haven.

The herd of 13 is currently at the Howletts Wild Animal Park in Kent, but is due to be relocated to Kenya in the coming months in a world-first project of its size.

A friend of Mrs Johnson tells me: ‘Carrie’s phone was ringing off the hook after it was announced she was working hard on the project to rewild the elephants. It’s an inspiring story, and she and Damian are such charismatic and passionate people that they are the right people to tell it.’

Since the rehoming project was announced in July, Carrie has been fielding requests from national broadcasters as well as streaming giants, who want to film the quest, following the magnificent animals (which weigh 25 tonnes each) on their 4,000-mile journey to a top-secret location in their native Kenya.

Damian, son of gambling tycoon John Aspinall, and Carrie hope this will pave the way for a wider programme on the ‘cruelty’ of zoos.

They hope to make a show similar to the Netflix hit Seaspiracy, which made a powerful case against eating fish and became one of the top-ten most viewed shows on the streaming service worldwide.

A source close to the pair tells me: ‘Carrie and Damian are the perfect pair to teach the world about the horrors of zoos. Watch this space!’

Rolling Stone Ronnie Wood gets a great deal of Satisfaction from painting, saying: ‘There is no kind of therapy like the one you have from starting a picture and then seeing it through to the end.’

I can see why the 74-year-old rocker finds art so good for his mental health — especially as, I can reveal, he has raked in £600,000 in the past year selling his paintings.

Many are still up for grabs, including a flattering oil of bandmate Mick Jagger, on sale for £750.

Judging from this picture, you would think Alice Naylor-Leyland was moving house, but it turns out the socialite was packing to visit her father for Christmas. 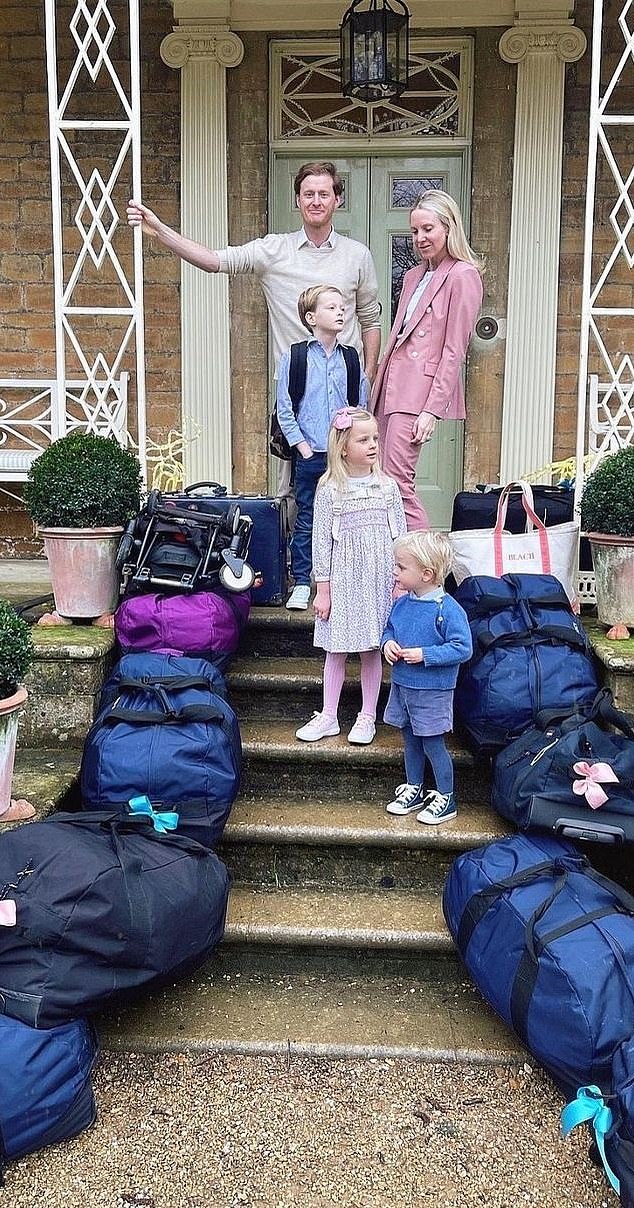 Judging from this picture, you would think Alice Naylor-Leyland was moving house, but it turns out the socialite was packing to visit her father for Christmas

This is despite having 12 pieces of luggage outside her Cambridgeshire Regency mansion, Stibbington House, where she was joined by her husband, Tom, the heir to the £176 million Fitzwilliam land-owning fortune, and their three children, Billy, Nancy and Felix.

The excessive luggage prompted one pal to comment: ‘I thought you were donating to charity, all those bags. Maybe you should give just one bag.’

Former Cabaret star Jane Horrocks, 57, was surprised to discover she’d been shunted to the cheap seats at the Kit Kat Club (aka London’s Playhouse Theatre) to watch the latest production.

Jessie Buckley, 31, is playing Sally Bowles in the musical (a role Jane took in 1993), alongside Old Etonian Eddie Redmayne, 39.

My spy tells me Jane was told it was because Jessie doesn’t like to look into the whites of the eyes of anybody who’s previously played the part.

Eyebrows were raised when Prince Harry launched eco travel firm Travalyst, preaching how to holiday sustainably — after taking private jets around the globe.

I can reveal the first year of trading for the firm, set up with start-up cash from Harry and Meghan’s charity Sussex Royal, has been a damp squib: it made just £11,538 in profits.

Travalyst calls for everyone to ‘explore our world in a way that protects both people and places’.

Everyone but the Duke and Duchess of Sussex, it seems. They provoked outrage in 2019, when they took their fourth flight on a private jet in 11 days — on Sir Elton John’s plane, no less.

Perhaps a luxury holiday firm with trips on private jets would prove more lucrative for the couple?

France has all but banned British visitors due to the Omicron variant. But celebrity chef Raymond Blanc managed to slip back to his home country to pay his respects to his mother, who died during lockdown last year at the age of 97.

‘I just came back from France,’ he reveals, adding: ‘I was lucky to be able to go to my village, gather my family and celebrate my mum with a mass and prayers, a visit to her grave and arrange flowers on her tomb.’

The 72-year-old Michelin-starred chef, based in Oxfordshire, was heartbroken to have lost the woman who inspired him to cook.

Who took on Jude in food fight?

Working with the likes of Gwyneth Paltrow can mean having your lunchtime sandwich snatched from your hand and replaced with kale or something similarly Goop-worthy. 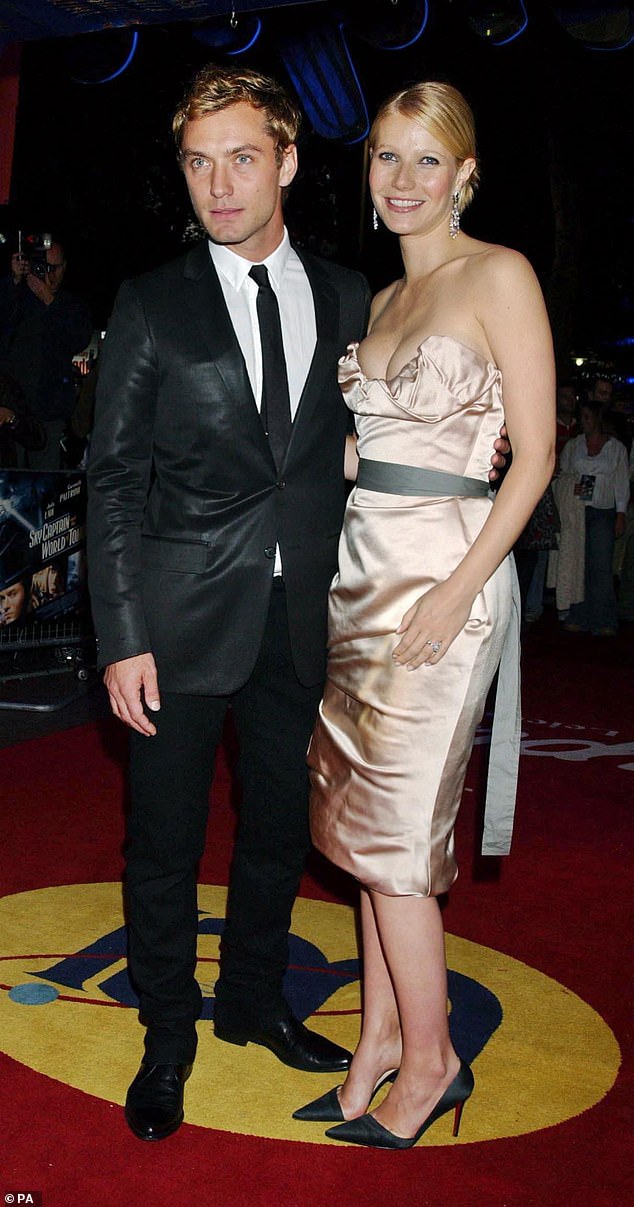 Jude Law — who appeared opposite Gwyneth in The Talented Mr Ripley — gallantly refuses to name a co-star who took over as unofficial food tsar on one film set.

‘One actress decided that the food was very unhealthy and got it all changed to healthy gluten-free,’ he recalls. ‘There was this uprising because the crew wanted pie and custard.’