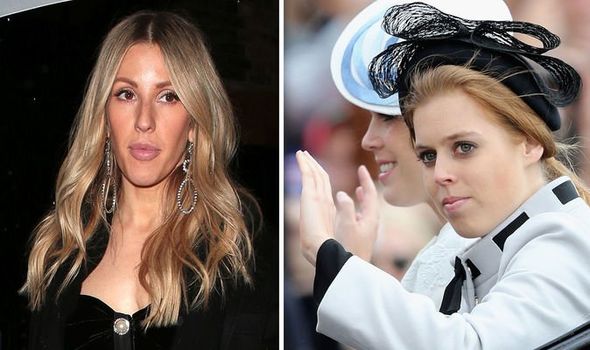 Ellie Goulding, 32, was among other A-list celebrities to join Princess Beatrice and her close family at her official engagement bash that was held at the trendy Chiltern Firehouse bar in London on Wednesday night. Stepping out in a sultry velvet dress, the singer turned heads as she battled the rain.

Beatrice is due to marry Italian property entrepreneur Edoardo Mapelli Mozzi, in the new year and made sure they celebrated their forthcoming wedding in style.

The US hit-maker donned a glamorous velvet dress, a vintage-inspired number that boasted a complete gemstone front and sweetheart neckline.

Her luscious blonde tresses were styled in waves as she opted for a natural makeup look with winged liner, looking the epitome of elegance.

Her husband Caspar Jopling was by her side, dressed in a smart casual look. 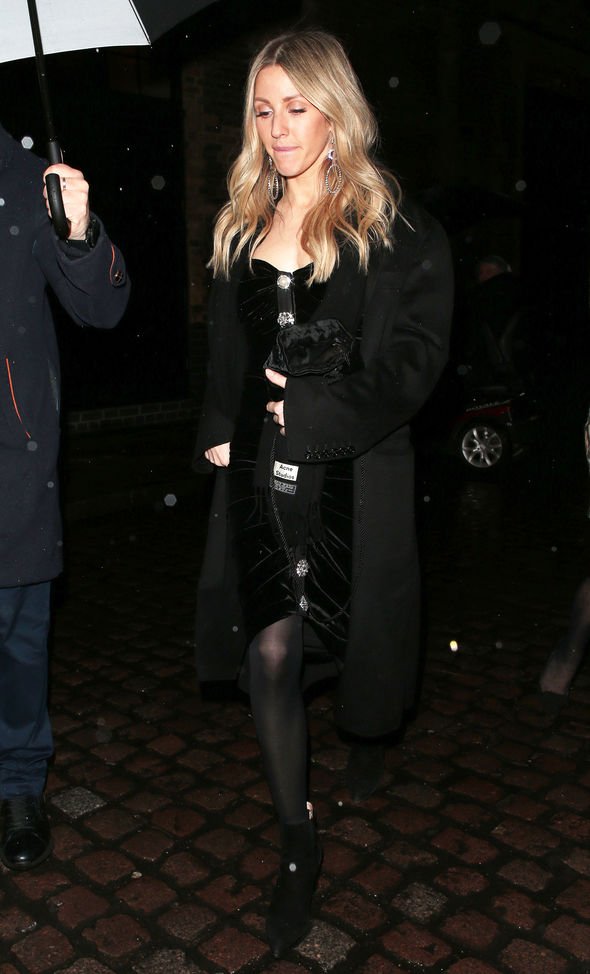 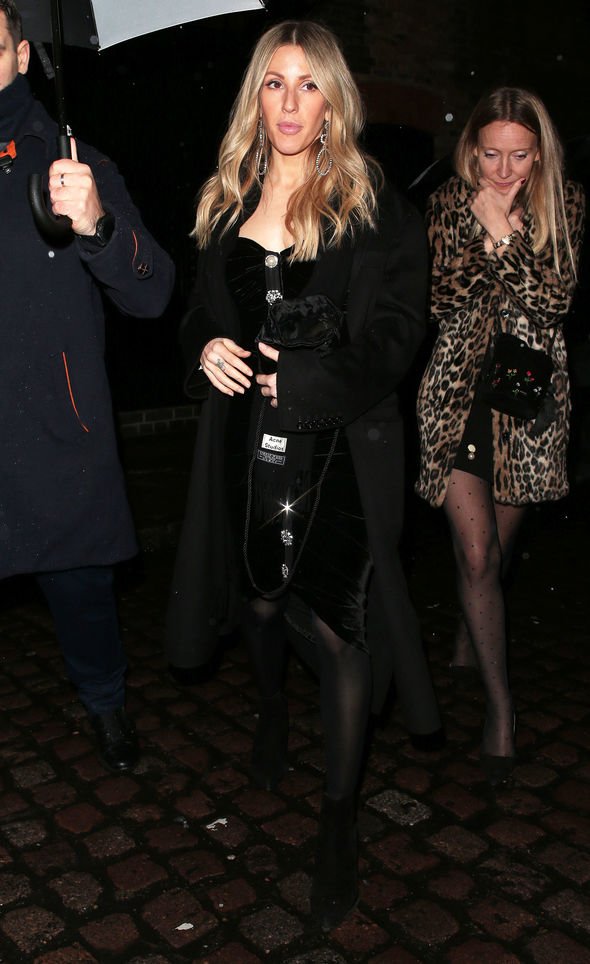 Wrapping a scarf around his neck, he held an umbrella to shield his love from the dreary British winter weather as they arrived at the star-studded event.

The pair tied the knot in York at the end of August in an extravagant ceremony that boasted a guest list made up of the likes of Katy Perry and Orlando Bloom, Sienna Miller, James Blunt and the singer’s close pals Beatrice and her sister Princess Eugenie.

The popstar has been good friends with the royal sisters for years, with the star jetting off to Jordan with the engaged princess back in 2017. 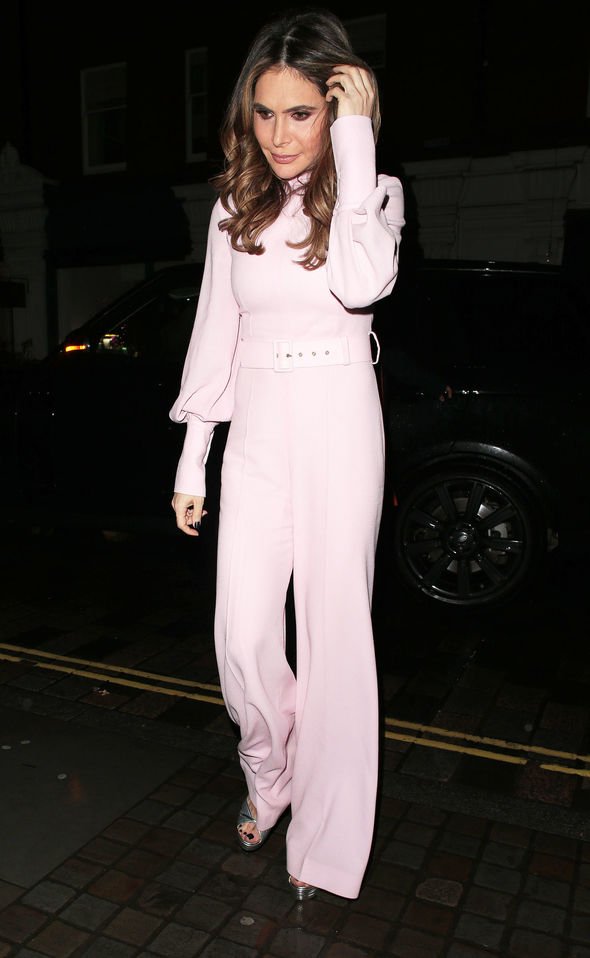 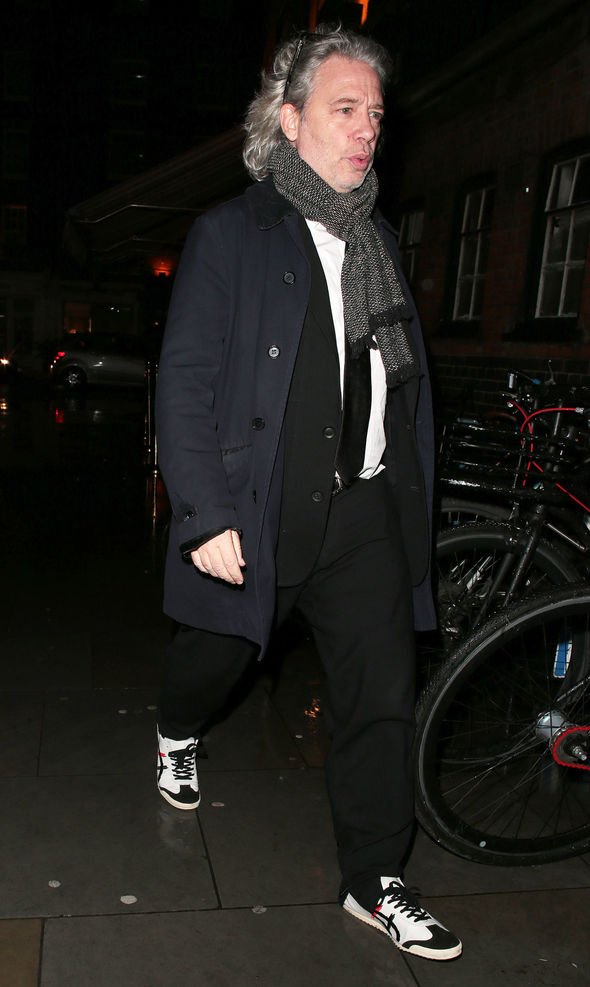 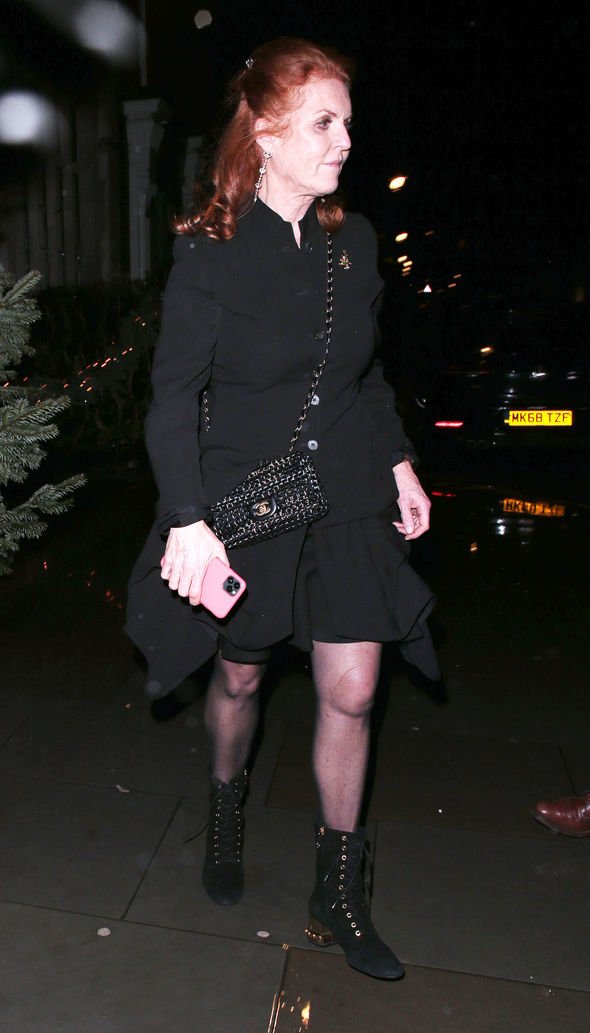 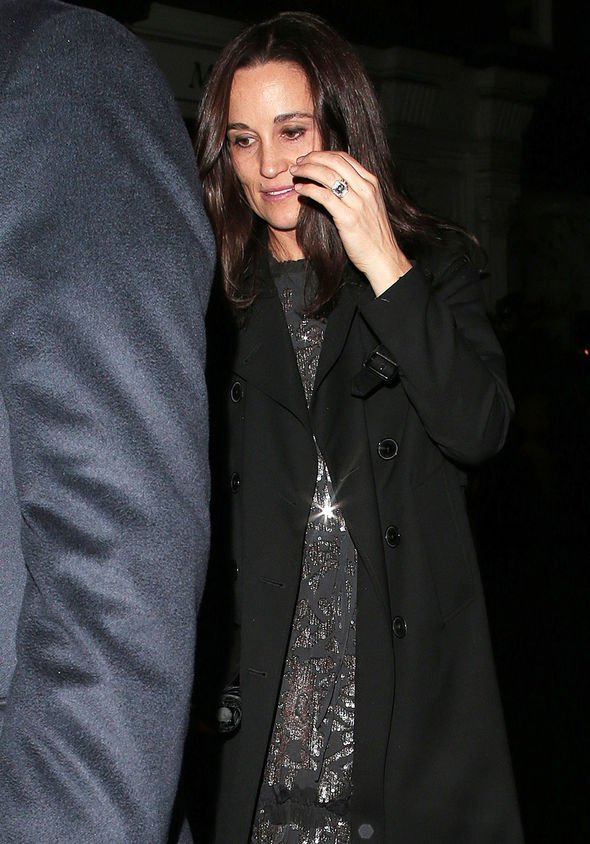 Ayda opted for a stunning baby pink jumpsuit with puff sleeves and flares which was paired with a matching belt as she made the guest list appearance without her hubby.

She sported dramatic makeup with her brunette locks curled in a tasteful style.

Among the royals in attendance, was Beatrice’s mother the Duchess of York, Eugenie and a host of other family friends.

Beatrice announced her engagement to Edoardo in September and speculation has been rife about the date for their approaching nuptials.

According to royal insiders, the pair are set to tie the knot in early summer, ahead of the Queen’s favourite racing event, Royal Ascot.

Sources say an official announcement is expected to be made in January.

An insider told the Mail on Sunday: “Bea and Edo will finally announce their wedding date in the second week of January.”

The couple is expected to have a much more low-key ceremony in comparison to recent royal weddings, according to royal experts.

Unlike previous ceremonies, Beatrice and Edoardo’s big day will not be funded by the taxpayer to put towards security costs and will be privately funded instead.

Beatrice’s husband-to-be is from Italian aristocracy and is the son of former alpine skier Count Alessandro Mapelli Mozzi.