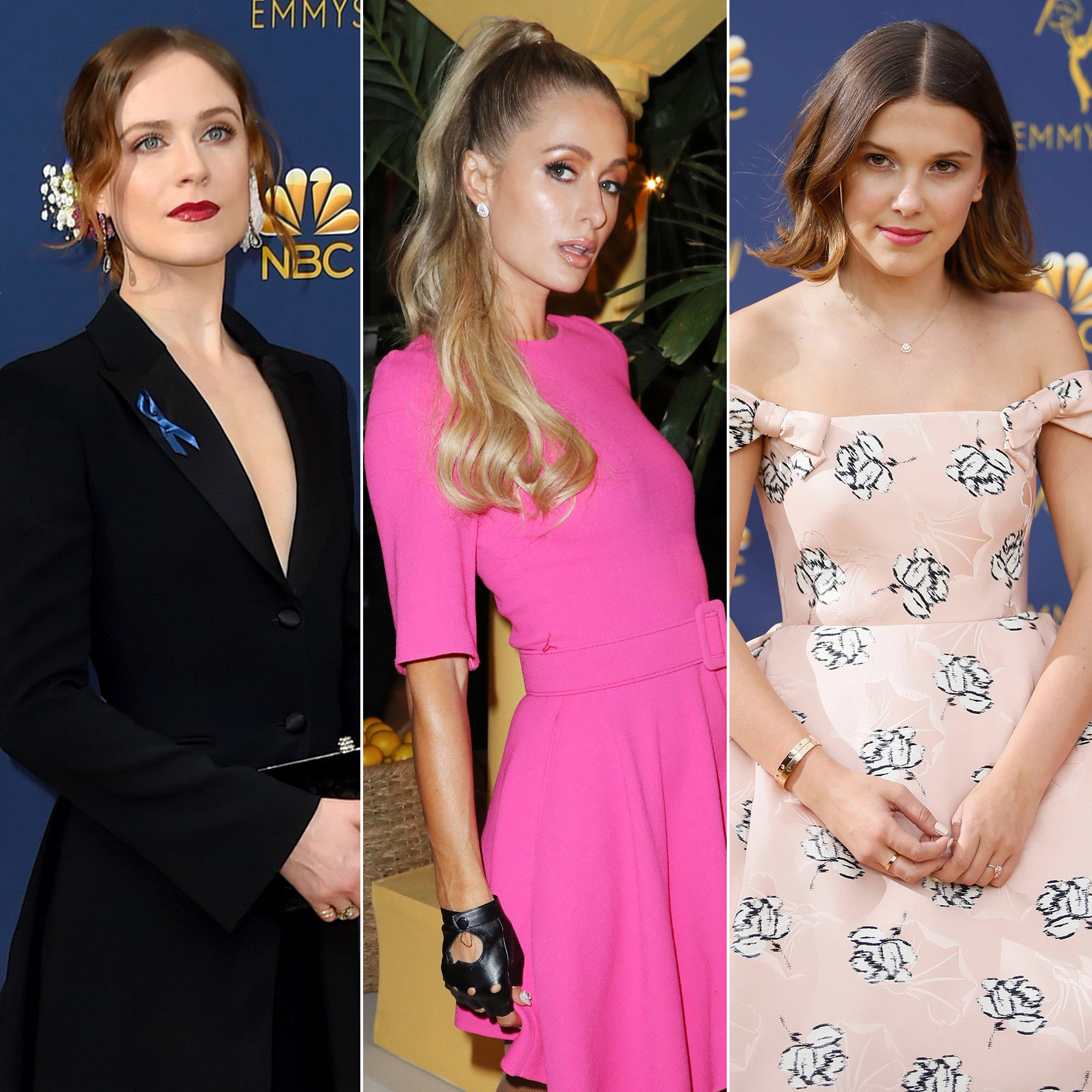 Evan Rachel Wood clapped back at Paris Hilton after noticing the hotel heiress’ comment on one of Millie Bobby Brown‘s Instagram posts. The 15-year-old Stranger Things star shared photos of herself in a short animal print slip on her Instagram on Tuesday, October 29, with the caption “same dress but v different day.” Hilton, 35, added her Simple Life catchphrase, “That’s hot,” and a heart in the comments.

Wood, 31, went off on the 365 Style author with a fiery response, reminding all of Brown’s followers that “she’s 15.”

Some commenters showed support for the Westworld actress’ claim, replying with “I thought exactly the same thing although she does look stunning! Beautiful girl Mills” and “finally seeing someone in this industry standing up for this girl.”

Other fans shot back at Wood, calling her a “triggered feminist” and arguing Hilton’s comment was just a harmless compliment. “That’s hot” has been Hilton’s go-to phrase since her days as a reality star on The Simple Life — she even had the saying trademarked in 2007.

Wood is no stranger to using her platform to shed light on important social issues. In July 2019, Wood slammed the way Stranger Things character Jim Hopper (David Harbour) behaves in the series. “You should never date a guy like the cop from #strangerthings,” she tweeted. “Extreme jealousy and violent rages are not flattering or sexy like TV would have you believe. That is all.”

Her advocacy for domestic violence comes from a personal place. In March 2019, the Across the Universe actress opened up about surviving an abusive relationship in order to raise awareness about the worldwide epidemic of domestic abuse. With a series of Instagram photos, Wood admitted she was “weakened” by the abuse and went into vivid detail about how she was “emaciated, severely depressed, and could barely stand.” She even shared that she had resorted to self-harm.

Wood was previously engaged to musician Marilyn Manson in 2010, and later married British actor Jamie Bell. The actors separated in 2014, after welcoming their first son, Jack, now 5. Wood was engaged once more to her Rebel and a Basketcase bandmate Zach Villa, but the two ended their engagement in 2017.

The truth about Keyshia Cole and Jeezy’s relationship