Game of Thrones: Kit Harington cries as he films his final scene

Rose Leslie, 34, and Kit Harington, 34, have welcomed their first child together – a son. The couple confirmed the news to E! News on Tuesday adding they are “very, very happy”.

During the pregnancy, Rose and Kit largely chose to keep away from the spotlight.

However, Rose showed the world her bump for the first time in the September edition of Make Magazine.

At the time, she did not comment on her pregnancy.

Rose and Kit are best known on-screen for their characters on Game Of Thrones. 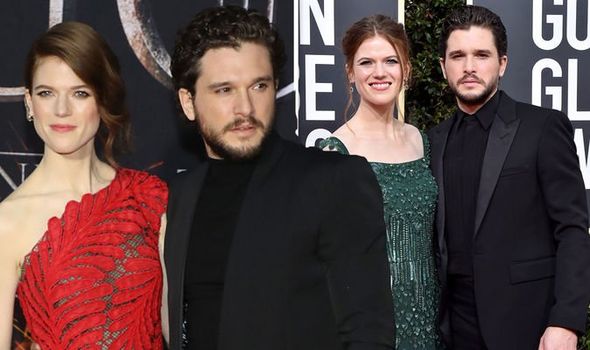 On the popular series, Kit played Jon Snow with Rose starring in the role of Ygritte.

Talking of the first time they first crossed paths on set, Kit previously gushed to the Telegraph: “She has this energy on camera, she really gives everything of herself.

“I mean, look, I fancied the hell out of her, and I was falling in love with her, so she could have been the worst actor in the world, and I wouldn’t have seen it…

“But obviously she is a brilliant actor and very easy to work with.”