Gino D’Acampo, 43, took to Twitter and shared a New Year message snuggled alongside his daughter Mia. The This Morning star insisted that those people who were uncomfortable with his original snap – which was taken in November – were in fact the “weird” ones.

In view of his 1.8 million followers, Gino shared a short video clip on the micro-blogging site yesterday and gave a frank message.

Speaking to the camera, with his daughter resting on his shoulder, he said: “Last time I put a picture of me and you in bed giving kisses and cuddles a lot of people they thought it was weird.

“I thought it was nice, because we were cuddling and I love you so much.”

Mia questioned: “Why did they think it was weird?” 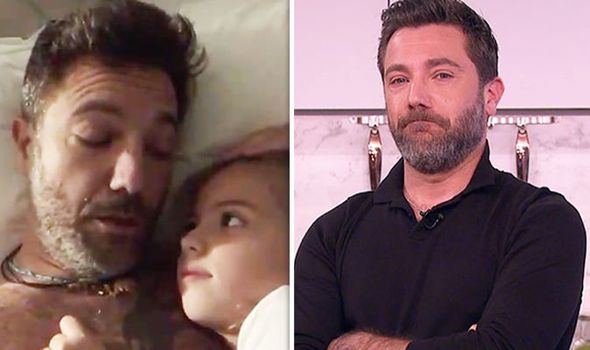 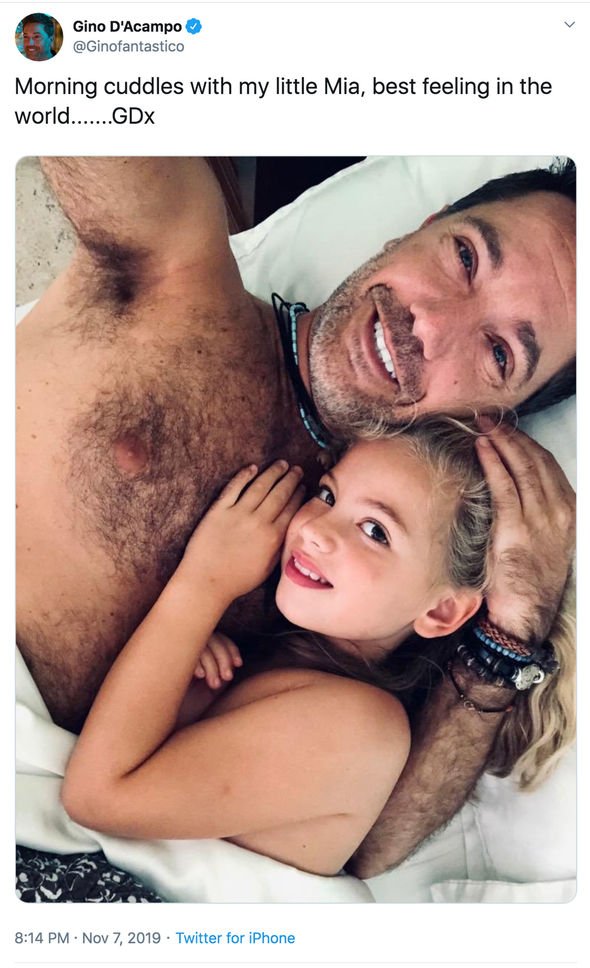 He told her: “I don’t know, they are the weird ones, nothing wrong with daughter and daddy cuddling in bed right?”

“What shall we say to these weird people?” Gino quizzed.

Unexpectedly, Mia replied with her middle finger to the camera and a chuckle.

Gino was left shocked by her reaction: “Mummy’s going to kill you!” 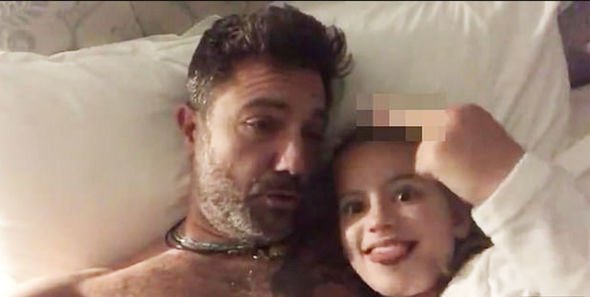 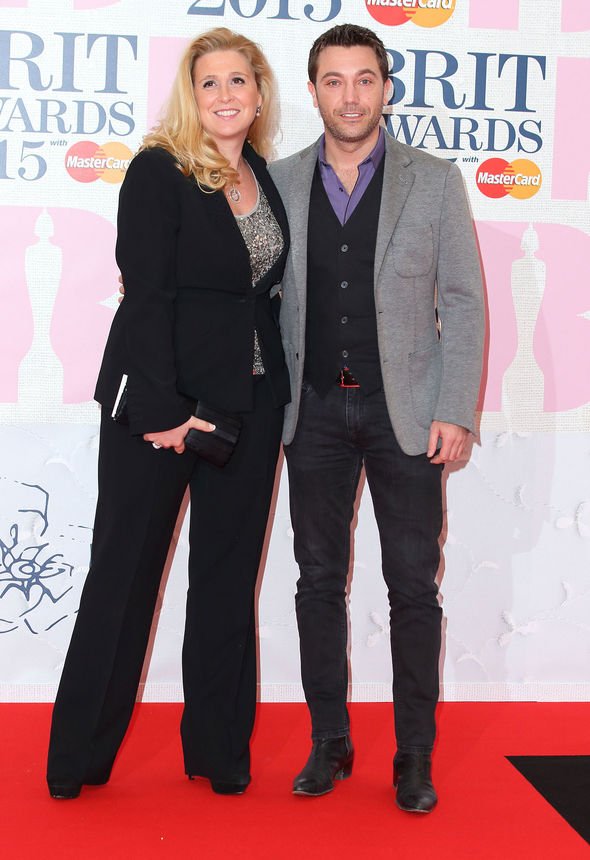 Fans flocked to comment on the video, as one person said: “Well I think your video is absolutely perfect! The love for your child is so clearly seen here. I am so sorry many find it weird, but I don’t. Gino may you and your beautiful family have a wonderful New Year.”

Another person commented: “Nothing better than a cuddle with your baby no matter how old.”

While a third person added: “Brilliant response to the weird ones.”

It comes after the small-screen star was branded “creepy” by social media users after he shared a snap cuddling with his daughter earlier this year.

He captioned the post: “Morning cuddles with my little Mia, best feeling in the world…GDx.”

However, some people criticised the TV chef, as one person said at the time: “Gino I love you but this picture is creepy with your daughter in bed.”

Another person said: “She could at least have a top on I’m really sorry but it’s not our fault we think the way we do. The world is just so messed up.”

While a third person came to Gino’s defence saying: “Why do some people have to make this picture look like something bad?! This is a father that loves his daughter having morning cuddles.”

Gino is the father to three children – his sons Luciano, 17, Rocco, 14, and daughter Mia – whom he shares with his wife Jessica Morrison.

The couple first met when the This Morning star was aged 19-years-old and the pair went onto marry in 2002.

Speaking about date nights with his lady, Gino told OK! magazine he is not a traditional romantic in terms of flowers and dates.

“I clean her car every week. I charge her toothbrush every time the battery is low, and I always bring her a bottle of cold water just in case she’s thirsty at night,” he explained.

“I will always give her a kiss on the forehead and say good night before she goes to bed. I always make sure that she is happy, and that’s how I believe a person can be romantic.”