The former Girls Aloud band member turned West End performer is approaching the end of her run in the socially distanced stage adaptation of Sleepless in Seattle. But that doesn’t mean her guard is down for one moment. “I’m clear again,” she says brightly, as the manager of the Troubadour in Wembley Park, west London, snaps a “Covid-free” band around her wrist. Rather than baulk at the prospect of intrusive daily throat or nasal swabs for the nucleic acid amplification tests, Kimberley, 38, had embraced them, believing the escapism of theatre, one of the hardest hit sectors of Britain’s formerly flourishing arts industry, can provide a lifeline during the global crisis.

“You soon get used to the tests,” she explains. “I’m just happy to be bringing joy to people every night.

“I’ve had maybe 30 tests and I generally go for the throat version. It does go quite deep, so it’s not pleasant, but it doesn’t hurt.

“But I just feel like at least then we can go on and do the show as it’s meant to be. Without that at the moment the show just wouldn’t happen and once we’ve all had our tests it does really feel like a normal show.

“I thought it was a bonus to know that if I didn’t have it, it’s 99 per cent likely my family probably don’t. And because I’m constantly being tested I’ve got that peace of mind all the time.”

As Arts Council figures revealing three-quarters of cultural buildings are at the heart of their town or city, creating vital jobs and boosting footfall, the Daily Express has been crusading to save theatres with our Raise the Curtain campaign.

Sadly, with a new Covid-19 crackdown in progress, the future of Britain’s theatres and live performance spaces is more uncertain than ever.

With many venues in lockdown, theatres like the Troubadour have been employing social-distancing measures in their foyer and limiting bookings to groups of four.

Clearly, it cannot be easy but Kimberley insists it is worth it. 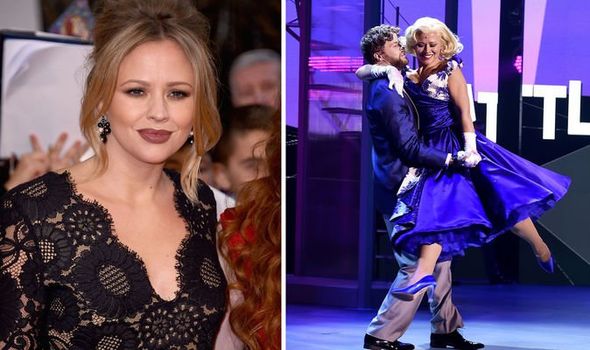 “Yes, the audience wear face masks but you soon get used that. You can’t physically see their expressions, but you can hear their reactions – it’s just the way it is now,” she says matter-of-factly.

“We lost one member of the cast. They just didn’t really feel they could do it, but I didn’t feel that way.

As soon as they said we were going to be tested every day, I knew I was going to be safer here than in any other job I was potentially going to do.”

Kimberley, whose acting credits also include roles in the St Trinian’s movie and the Channel 4 drama Ackley Bridge, plays feisty journalist Annie opposite Jay McGuiness from The Wanted in the ­musical adaptation of the classic 1993 Tom Hanks and Meg Ryan romcom.

Crucially, the show could be a litmus test for the future of stage shows, until a Covid-19 vaccine is widely marketed.

“We’ve had news crews coming over from Brazil, from America, from all over the world, reporting on what we’re doing here because there are no other productions doing what we’re doing,” she says. 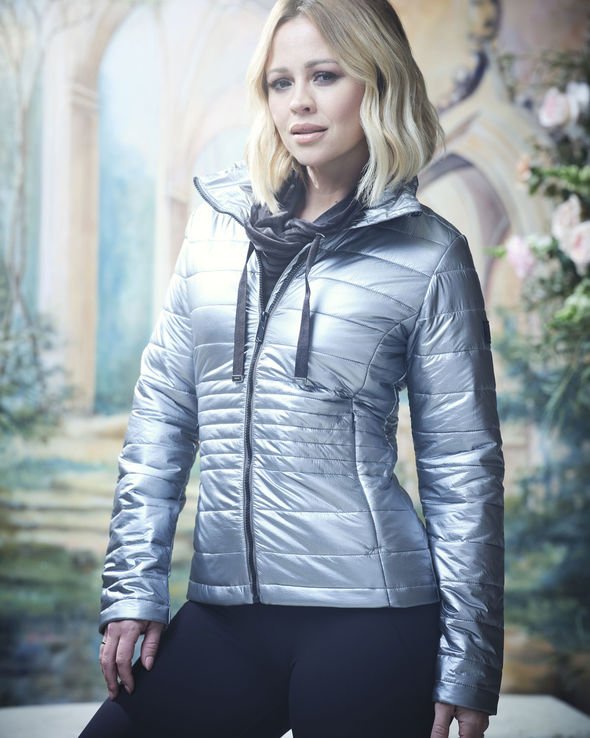 “My sister said to me the other day that I might be the only leading lady performing in a fully-staged musical in the world right now, so I’ll be putting that on my Wikipedia page.

Obviously this is such a weird time but I’m taking that as a positive and it’s been so cool to be involved.

“I think in the current climate it’s been a privilege to be part of something that is pure escapism, which I think people really need right now.

And I just feel at least I’ve got something to show for this year or 2020 would have felt like a write off.”

Kimberley is happy to throw her weight behind the Raise The Curtain campaign. “It’s a really dark time for a lot of people in this industry. Not just the actors and the crews but the wigs people, the hair and make-up people and everyone else involved.

“Everything has halted and theatre brings so much to the wider economy. It’s got such a knock-on effect to the restaurant trade and tourism and it’s the heart of London’s West End as well as the regions.

“I do think we need to keep pushing. We all know we need to control the virus but there’s got to be some steps to take to move forward, otherwise how long is it going to be before more theatres can reopen normally?”

One iconic theatre grandee who has been keeping a close eye on Kimberley’s socially-distanced ­production – playing to 400 people a night rather than the usual 1,200 – is West End legend Andrew Lloyd Webber.

“Andrew has been to watch the show, to see if it’s possible to translate what we’re doing here into the West End,” confirms Kimberley, who performed a duet with Denise Van Outen for Lord Lloyd‑Webber: 40 Musical Years ITV show in 2013.

“The tricky thing is obviously the ventilation in the old theatres in town, so I think they’re looking at how they can implement some sort of updated ventilation system. If people could sit next to each other in masks like they do on planes, then things could move closer towards reopening. We’re very lucky at this theatre as there’s a huge amount of space.” 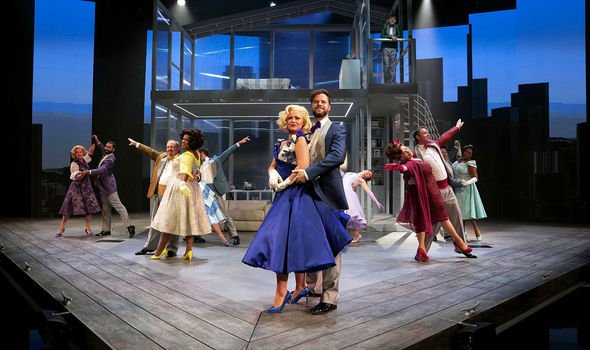 Having been converted from the massive space that used to house ITV’s Fountain Studios, formerly home to live showslike The X Factor, the Troubadour is ­probably unique.

“We’d love to take the show into the West End but things are so precarious it’s hard to know what will happen,” says Kimberley.

“I do really worry for the future of the industry and that if it doesn’t pick up a lot of people are going to have to start looking at other jobs.

“I think it’s great people like Andrew Lloyd Webber are speaking up and trying to look at ways to move forward but it’s just scary to think that, if it doesn’t come back within a year, what will actually be left?” 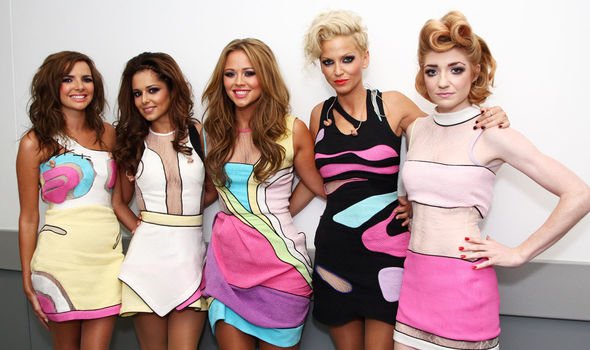 One show that is unlikely to happen regardless of the direction of the pandemic is a much talked about 20th anniversary Girls Aloud reunion. November 2022 marks two decades since the formation of the ­phenomenally popular girl band on the ITV show Pop Stars The Rivals.

But after years of speculation, the cancer diagnosis of Kimberley’s bandmate Sarah Harding has put everything into perspective.

“All of the girls have always supported all of the shows I’ve done and I’m hoping Nicola [Roberts] will come down to see Sleepless next week but I think at the moment with Covid it’s a very personal decision for people if they want to venture out or not and I appreciate that not everyone feels able to and I’m certainly not putting any pressure on anyone to come.”

Despite tension between some of the five girls in the past, Kimberley is delighted 2020 has brought them all closer. “Nadine [Coyle] was back in England anyway this year and I’d already caught up with her a bit in the earlier part of this year, and Sarah too, actually.

“Maybe I sensed something was coming because I just felt like, ‘I haven’t really properly connected with them for a while now’ and I’m so glad we have. I was really happy that we’d already had that reconnection and rebuilt our friendship before Sarah’s awful news.

“Obviously it was completely ­devastating but it would have been even worse if I hadn’t had any contact for a while. People always ask about a possible reunion but right now it’s just not a possibility and we’re all just dealing with being there for Sarah. Nothing else matters at all.”

The Kimberley Walsh Collection for Regatta Great Outdoors is available now at Regatta.com