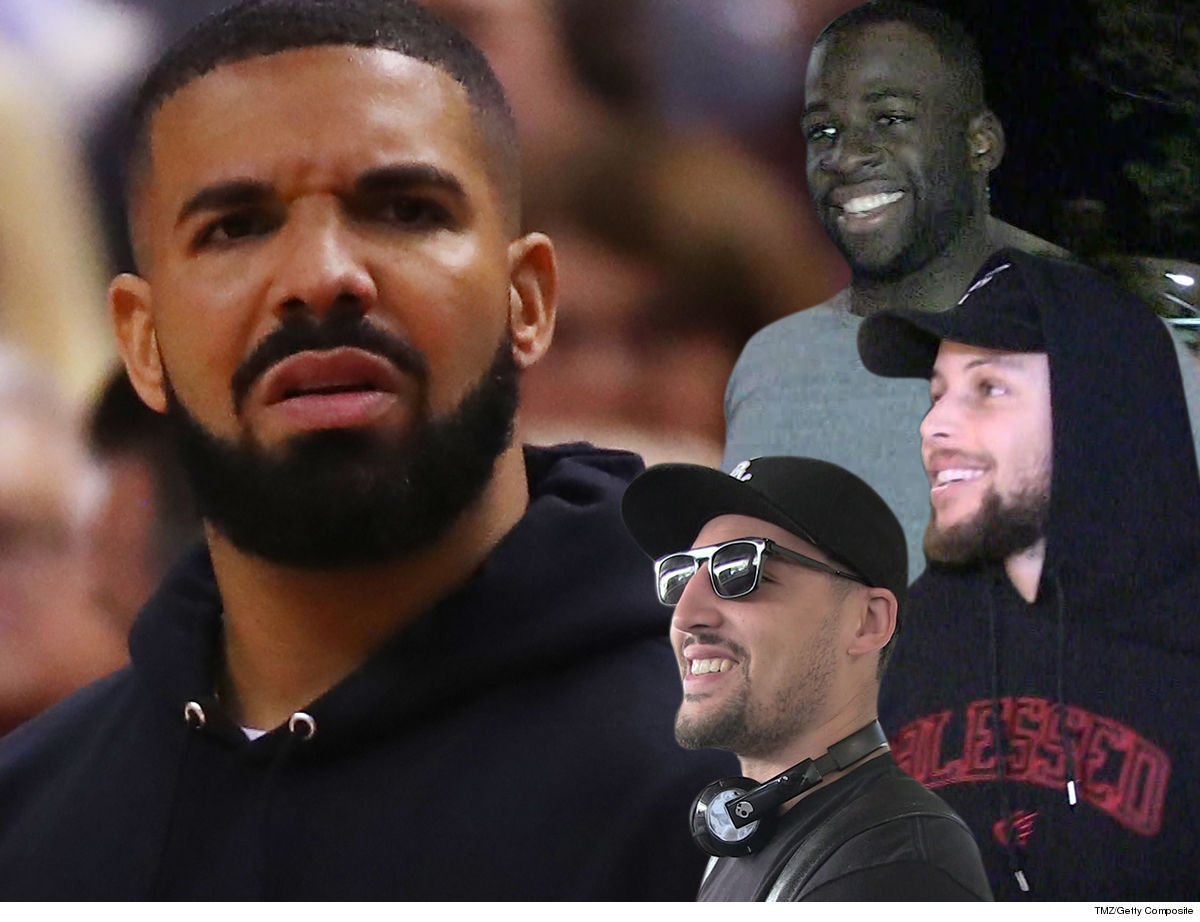 The Golden State Warriors are taking their beef with Drake to new levels, and hitting back where it hurts … Pusha T.

With the Dubs warming up on the court at Oracle Arena before Game 3 of the NBA finals against the Toronto Raptors … the pregame playlist featured Pusha T’s diss track, “The Story of Adidon.” xx

As you know … Drake had MASSIVE BEEF last year with Pusha T, with both rappers going back and forth at each other with diss tracks. Saying things got heated is an understatement.

So, why are the two-time defending NBA champion Warriors taking shots at Drake???

Drake’s a HUGE Raptors fan … and he’s been thrusting himself into these Finals with his courtside antics during Games 1 and 2 in Toronto. Dude even got into it with Warriors stud Draymond Green after the Raps took Game 1.

The Warriors are obviously fed up with Drake … because after they won Game 2 to even the series, stars Kevin Durant and Klay Thompson heckled him outside their locker room, calling Drake a “bum ass.”

With the series shifting to Oakland for Games 3 and 4 … the Warriors seem intent on trolling Drake even more.