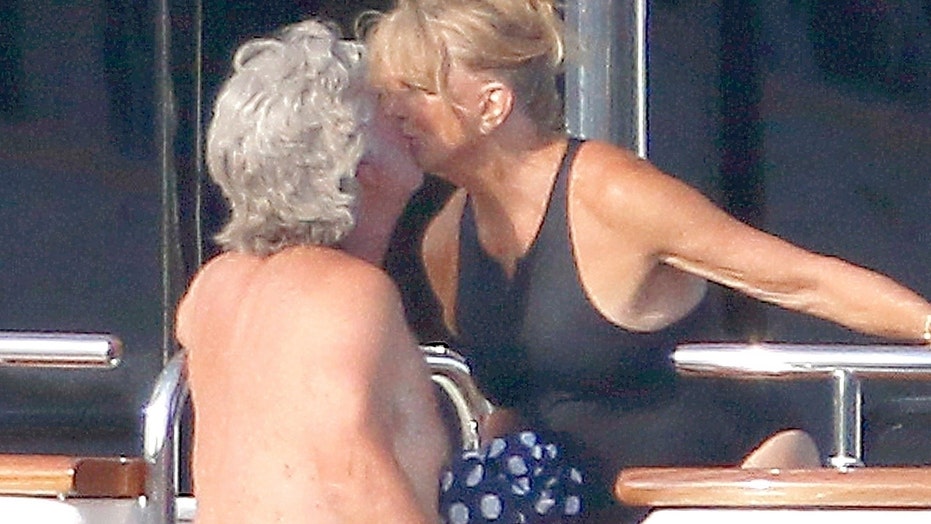 Goldie Hawn and Kurt Russell couldn’t keep their hands off of each other on a romantic vacation.

The longtime couple was spotted vacationing in Saint-Tropez over the weekend.

Hawn, 75, wore a black bathing suit while Russell, 70, donned striped maroon swim trunks as they enjoyed a day on the port of Saint-Tropez.

The couple looked like they were very much in love as they smooched on a boat. The pair spent time sipping champagne and riding jet skis. 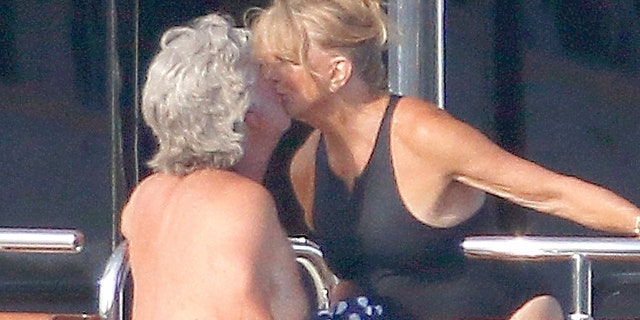 Kurt Russell and Goldie Hawn enjoy a sunny day in the South of France.
(Backgrid)

The couple also checked out restaurants and an ice cream shop during their outing.

Hawn and Russell first met while filming 1968’s “The One and Only, Genuine, Original Family Band.” The two started dating in 1983 when they filmed “Swing Shift” together.

They have been together ever since, although they vowed they would never get married.

“We have done just perfectly without marrying,” Hawn previously explained. “I already feel devoted and isn’t that what marriage is supposed to do? So as long as my emotional state is in a state of devotion, honesty, caring, and loving, then we’re fine. We have raised our children brilliantly; they are beautiful people. We did a great job there and we didn’t have to get married to do that.” 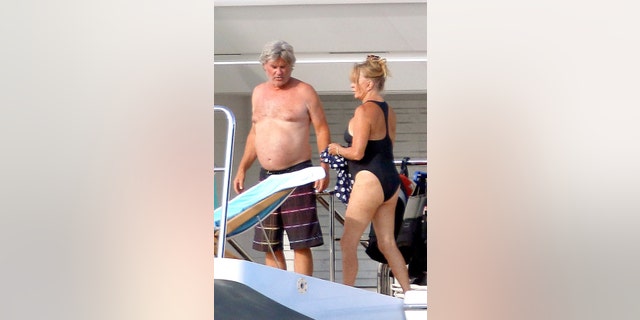 “I like waking up every day and seeing that he is there and knowing that I have a choice. There is really no reason to marry.”

More recently, Hawn said the relationship isn’t about “the marriage.”

“It’s not about the marriage,” Hawn told People magazine. “It’s about the people and the relationship, and the will to stay together. And that’s a big one because if you want it, you can have it. 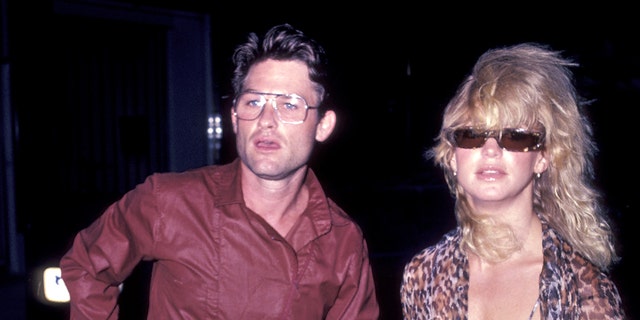 The pair started dating in 1983 when they filmed ‘Swing Shift’ together.
(Getty Images)

“You’ve got to give things up, but the joy and the excitement of being together and touching the toes of somebody at night is really a nice feeling.”

Hawn and Russell have one son together: actor Wyatt Russell. Hawn also has two kids — Kate and Oliver Hudson – with her ex Bill Hudson, while Russell shares son Boston Russell with his ex-wife Season Hubley.