The 38 year old actress, who plays Mandy Richardson on the soap, is currently taking a break from filming as she nurses her son back to health.

Sarah Jayne shared a picture of herself and co-star Stephanie Waring on set as she wrote: “I’ve had the most emotionally draining & stressful week of my life.

"I can’t wait for my little man to be back to full health first & foremost.

"Then I can’t wait to be back on set doing a job that I love & working with people that make me smile. Love ya @stephwaring.

"Fingers crossed it won’t be much longer before I’m back. #sisters #setlife #actress #hollyoaks." [sic]

Sarah Jayne did not disclose what illness her son had in the post, but tagged herself in at Royal Bolton Hospital.

Sarah Jayne’s co-star Chelsea Healey sent her positive thoughts as she wrote: “Been thinking about you and stanley sending lots of love luck and prayers.”

Sarah Jayne married her partner of five years, Jon Smith, in May this year and the couple exclusively shared their spectacular wedding day with OK! magazine .

The actress and Stanley’s father wed in the glorious sunshine on the May Bank Holiday weekend and her co-stars Danny Mac, Carley Stenson, Ali Bastian and Jodi Albert – and Jodi's Westlife heartthrob husband Kian Egan – watched the couple say their emotional vows. 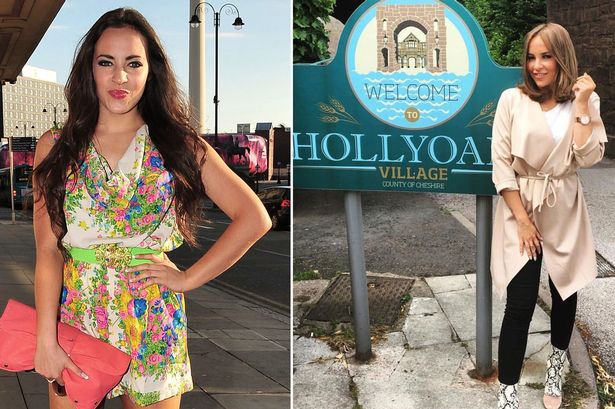 And there wasn't a dry eye in the house when the lovebirds said their heartfelt pledges to one another on The Holford Estate in Plumley, Cheshire.

Before she said "I do" to take Jon as her husband, Sarah told him: "I can’t promise to never be angry, I can’t promise to always be kind – you already know what you’re taking on! As your wife I can promise you this – to love and fall more in love with you every day.

"To cherish every moment we have together, to respect and honour you for the rest of my life. You are my closest friend, my favourite person, my love and my life."

The couple met five years ago when they starred in theatrical adaptation of Birdsong and Sarah said it was love at first sight.

She told us: “I knew Jon was the one for me the first day I met him. After we met at my audition I texted Carley Stenson: 'I have to get this job because I need to get to know this guy!'

“I’ve never had a moment of doubt that Jon is the man I want to spend my life with, and to marry in front of our son was such a special moment.’

Jon sweetly added: “I feel so proud to call Sarah my wife.”