Taking it in stride. Meghan King Edmonds seemed to be in good spirits as she celebrated Halloween amid her split from estranged husband Jim Edmonds.

“This is a ‘crypt’-ic post,” the Real Housewives of Orange County alum, 35, captioned a photo of herself in full costume on Thursday, October 31. “#happyhalloween.”

Meghan planted on a big smile as she posed in zombie makeup and a prom queen sash. She finished off her look with wild blonde hair, a blue shimmery dress, tiara and skeleton glove.

Earlier on Thursday, the reality star posted a video of daughter Aspen, 2, in a pink costume as she sat atop a unicorn rocker among a group of kids. “Definitely the only preschooler with a ride-on toy as part of her costume,” Meghan wrote, adding a laugh-cry emoji. “(Also… more parents than students lol).”

Us Weekly broke the news on Friday, October 25, that Jim, 49, filed for divorce after five years of marriage. “Meghan and Jim have been fighting,” a source revealed, noting that she accused the former baseball player of “having an affair” with the family’s nanny. 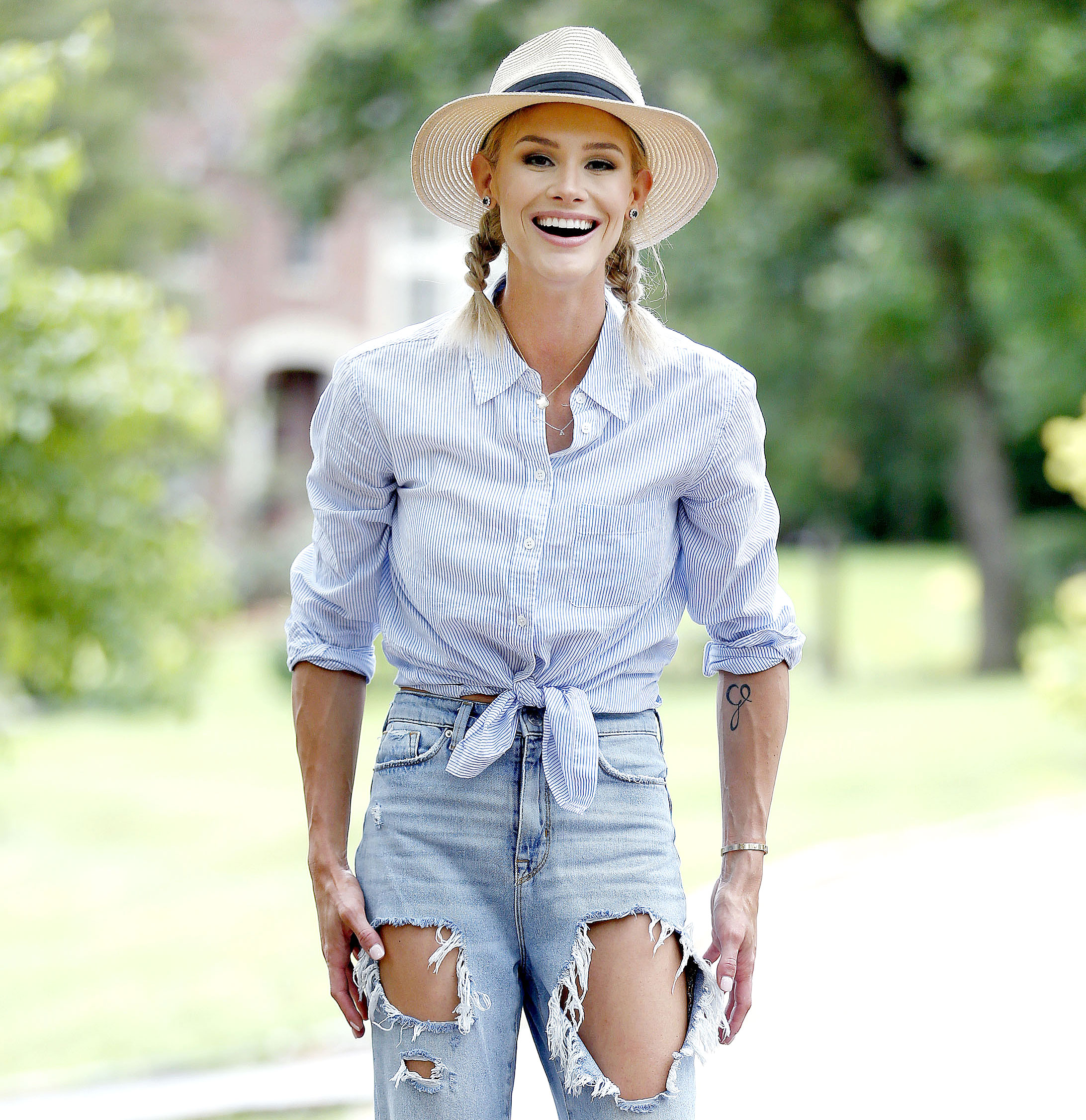 The estranged couple — who dealt with a rough patch in June when news broke that he sent inappropriate messages to another woman — are also parents of twin sons Hart and Hayes, 16 months.

Jim, for his part, denied the cheating allegations in an exclusive statement to Us on Saturday, October 26. “It’s dangerous, irresponsible and hurtful to all to allow a rumor to be spread to the world because of insecurities,” he said. The nanny, Carly Wilson, also insisted on Instagram that the claims were “completely false.”

Meghan broke her silence with a lengthy blog post on Tuesday, October 29. “I don’t know if Jim slept with our babysitter or whether they were just being exceedingly inappropriate by hanging out socially without either of them telling me (and Jim expressly lying to me about it),” she explained. “I’ve gone back and forth with my thoughts for a couple days but as I write this, I don’t think he did. But I still don’t understand why he’d lie. And why would she lie?”

The TV personality further noted that she is “broken” amid the situation. “I am buried in despair. I cry at the drop of a hat,” she admitted. “But I am enduring. I will set an example for my children and I will teach them to love and respect people while also knowing how to condone unethical or wrong behavior. I will facilitate healthy, consistent, and ongoing relationships with their father and with his family despite the hurt I feel from them because my children should not reap the karma of my personal situations.”

Jim, meanwhile, told Us on Wednesday, October 30, that the ordeal “spiraled out of control” and he hopes to “get back to the private life we used to live.” He also vowed to “make [things] right again.”