Home » Celebrities » How Did David Harbour and Lily Allen Meet?

How Did David Harbour and Lily Allen Meet?

Netflix has provided David Harbour with some much deserved recognition. He’s been acting for years, and even though he’s been in some well known projects, he never got the name recognition he deserves until Netflix’s Stranger Things.

We know he’s made it because Saturday Night Live brought him on to host the show. He did a good job, and appeared in some pretty funny skits. His new girlfriend, Lily Allen, also made a splash when she posted an Instagram close-up of his bicep, captioned “Mine.”

Allen and Harbour haven’t been dating long, but they’re pretty public about their relationship. That means everyone is talking about it. They’re not afraid of PDA, or cute social media posts about one another. But how did they meet?

We’re not sure exactly when they got together 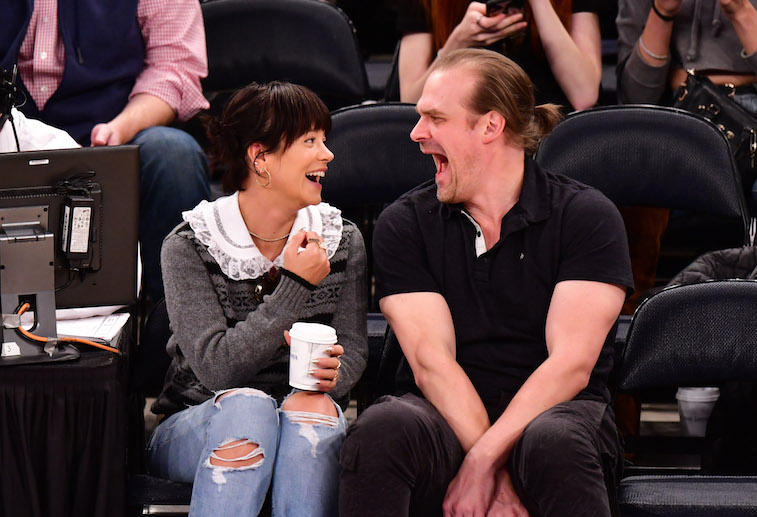 Even though these two are openly dating, fans still don’t have all the details yet. We know that they went to an event together in London back in August. Both were relatively newly single at the time.

Allen broke up with her last boyfriend in January, while Harbour and his girlfriend Allison Sudol split some time earlier this summer. They wasted no time getting together, and they seem to have clicked.

They were first spotted holding hands on the streets of London, but when business brought Harbour and Allen to New York, their relationship went with them. They are just as cozy in the Big Apple as they were in London.

They’ve been seen kissing on the streets of New York, so even though they crossed the Atlantic, not much changed for these two. They went to the SNL after-party together, too.

Her most famous relationship ended with a messy divorce. She and ex-husband Sam Cooper split in 2016 and they now share custody of two little girls. She’s obviously moved on from Cooper, but she recently revealed she needed some time to herself.

In an interview on the podcast How to Fail with Elizabeth Day, Allen revealed that she’s never really been single. At the time, she had just broken up with her last boyfriend, and she seemed to be in a period of self-reflection.

“I think the fact I haven’t called him and been like, ‘Hey, wanna come round for a cuddle?’ means that it’s big for me. Because ordinarily when things get difficult I do need to have somebody around to share those problems. So, the fact that I’m dealing with it all on my own, I’m growing up.”

Allen was only single for around eight months before getting together with Harbour, which isn’t a lot of time for self-discovery.

Is this just a May-December romance?

Given what Allen has said about her relationship history, Harbour could be another rebound for her. Allen herself seems like a rebound relationship for Harbour, considering he didn’t take any time to himself after his last break up.

Given how quickly these two are moving, some fans wonder if they’ll last. Harbour’s career is taking off, which may make maintaining a relationship difficult. His next role will be in Marvel’s Black Widow. In fact, he was filming in London when he met Allen.

Only time will tell if these two will make it in the long run. Both of them deserve happiness after a series of failed relationships, but sometimes things just don’t work out. They’re from different countries, and they both have demanding careers.

If they do stick together, we look forward to seeing what they can accomplish as a couple.