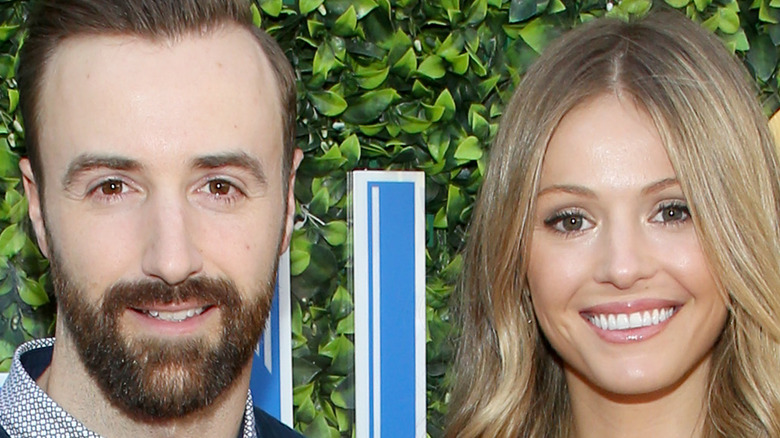 The love story that exists between IndyCar driver James Hinchcliffe and his wife, actress Becky Dalton, is the fodder of many romantic comedies.

Hinchcliffe, who was a self-proclaimed nerd attending high school in Toronto, Canada, actually took Dalton, who also attended his high school, to prom in 2004. At the time, Hinchcliffe only invited Dalton to attend the prom with him as a friend, since he was too nervous to ask her on a real date. “I asked Becky to come with me as a friend because I would never have had the guts to ask her as a date,” Hinchcliffe told WTHR in Indianapolis. “Out of my league, so that was a foolish proposition. It was a strictly platonic date because, frankly, I was terrified of her. She was pretty much the prettiest girl in school. I got to rock up with her on my arm. And that was awesome for a nerd like me.”

After their platonic prom date, the pair did not speak to one another again until Hinchcliffe nearly died during an accident at the Indianapolis Motor Speedway in 2015. According to WTHR, Dalton reached out to see how Hinchcliffe was faring after his life-threatening accident. The pair eventually met up in person for a date in 2016. As Hinchcliffe told the outlet, the pair had immediate chemistry. “Our first date, 12 – 13 years after we met or whatever, literally we were like crying laughing for half the dinner,” Hinchcliffe told WTHR. “It was just the most fun I’ve ever had.”

James and Rebecca share a special sense of humor 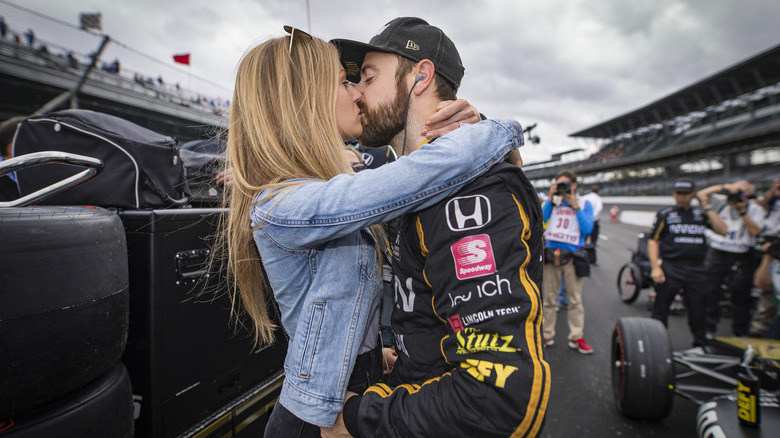 In July of 2018, James Hinchcliffe proposed to Rebecca Dalton during a boat ride in Muskoka, Ontario.

Though the weather nearly ruined the proposal, Hinchcliffe managed to pop the question to an overjoyed Dalton. “The thing is, and I’m going to be a little corny and sappy here … but I knew as I was stashing the ring and as we started the boat ride, I had absolutely no nerves at all,” Hinchcliffe told Page Six. “I felt so comfortable and I just knew that I was absolutely doing the right thing.”

The love and sense of humor that the couple shares is clear through their witty and romantic posts on their Instagram accounts about one another. Hinchliffe announced the couple’s engagement on his Instagram by posting a photo of the two with a caption that read, “Wait, what?! I thought they said ’til DEBT do us part’!” He also added the adorable hashtag, “#BeckyGetsHinched.”

For her part, Dalton posted the same picture with a caption that read, “Just got served a life sentence.” According to a wedding registry posted on The Knot, the couple also got married in 2019 at a ceremony in Muskoka, Ontario.