Home » Celebrities » Is Meghan McCain TRYING To Start A Feud With Kourtney Kardashian??

Is Meghan McCain TRYING To Start A Feud With Kourtney Kardashian??

We have a serious question right now. Is Meghan McCain living her best life by embracing her role as a heel??

We’ve been thinking the pundit turned daytime TV star was just bad at her job based on her apparent inability to have spirited debates without perceiving personal attacks and persecution at every disagreement.

Forget the fact her political arguments tend to be woefully underdeveloped, she just doesn’t seem to listen to her cohosts.

But what if that’s what’s revving her engines? What if she LIKES going all Billie Eilish and playing the bad guy??

Take this week for example.

The View crew took on Keeping Up With The Kardashians on Tuesday, specifically the moment previewed this week in which Kourtney Kardashian cries over the idea of turning 40. 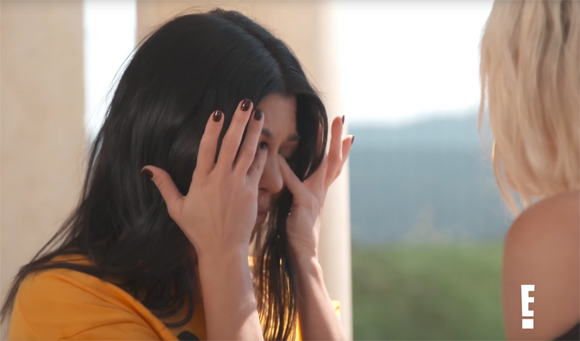 Whoopi Goldberg openly teased the emotional outburst, but you know what? She’s 63 years old. She looked death in the face this year after a bout with pneumonia.

If Whoopi wants to make fun of the relatively young and vivacious star, that is frankly her prerogative. Whoopi has earned it.

BTW, Sunny Hostin is 50, and Joy Behar is 76. They too have some experience having crossed this threshold in their lives.

But Meghan is 34. She isn’t even CLOSE to turning 40. So really, let’s be honest, she has no idea what she’s talking about. So what was her take?

NOPE! She went straight on the attack!

“I’m in my 30s, man, and I’m with Whoopi on this. Not to be, like, Debbie Downer on this… you have all the money, opportunities, life advantages in the entire world. There are people that can’t feed their children.”

Um, OK. Kourtney even says that in the clip y’all showed. It’s not news to her. But what she’s seeing is the fact all that money never bought anyone more time.

Kourtney is getting to the top of the hill and looking out on the horizon of her own mortality, and that is a scary sight.

And your first instinct is to snap at her?? She continued:

“I do not feel bad for her. Have some self-reflection on this. It’s a bad look for you, Kourtney!”

Huh. That timbre in Meghan’s voice, the smize, that confidence…

We swear, Meghan is enjoying being the villain! 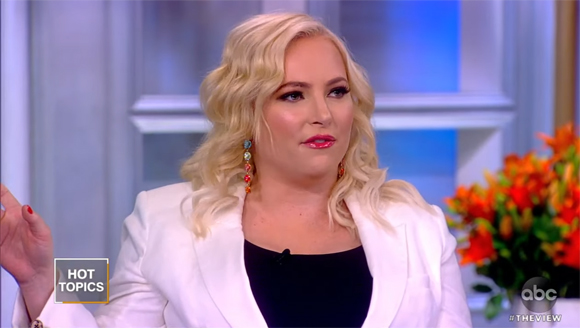 Innerestingly, it was Joy — the standup comic — who went to a serious place, defending Kourtney’s emotional outburst.

She pointed out how the existential crisis of viewing your own mortality isn’t helped by riches or creature comforts:

But Meghan was NOT having it. There was blood in the water, and she was a hungry shark!

She not only attacked again, she made herself look downright saintly by saying:

“But you know what helps me when I feel sorry for myself? Running with veterans who have lost limbs for our country. Seeing people and homeless people that have much less than me. There are ways to make yourself feel better and know how blessed we all are. And the Kardashians are worth $100 million, if not more. Billions, whatever, I don’t know.”

Oh man, she even got the troops involved? She is really playing this up!

We can’t help but wonder at this point if she’s trying to start a feud with the Kardashians. She did sort of shift to speaking about all of them — and she also admitted to being an avid watcher of the show… Hmm… It would be good for her publicity, that’s for sure.

To which Meghan jabbed:

If we’re wrong, and Meghan isn’t enjoying every minute of this then it sure is a shame. Because we should all love what we are good at, and Meghan was born to play heel.

What do YOU think, y’all?? Has Meghan finally realized her place on daytime TV??

Watch the whole segment and decide for yourself (below)!