Not alone. Jana Kramer and Tori Spelling have both been put through one of the greatest challenges of any relationship: moving forward in the wake of a cheating scandal. 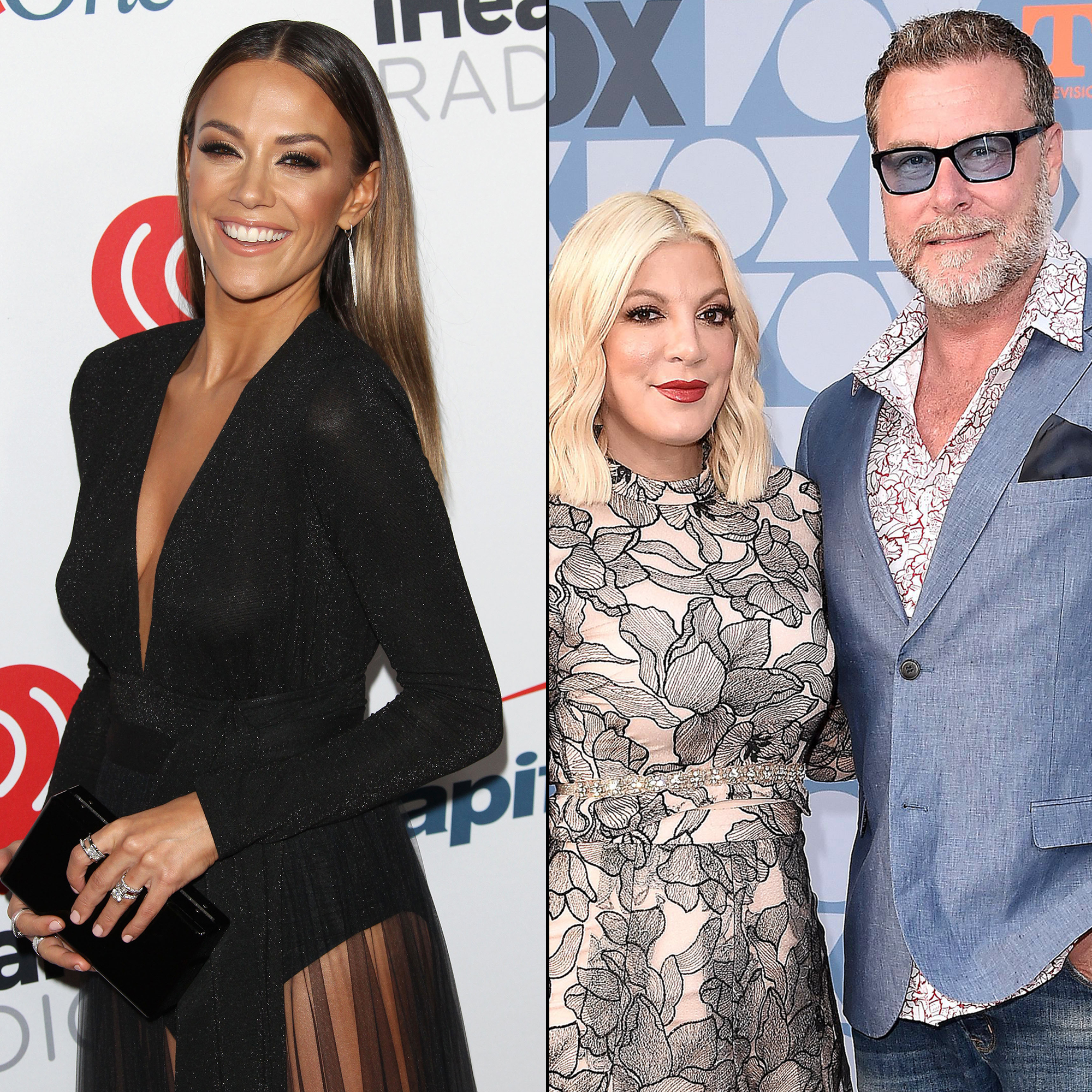 On the latest episode of their “Whine Down” podcast, the 36-year-old country singer and her husband, Mike Caussin, admitted to guest Dean McDermott that he and Spelling, 46, have been “a beacon of hope” for them as they continue to rebuild their marriage.

In December 2013, Us Weekly broke the news that McDermott, 52, had cheated on his wife one month before the Slasher star checked himself into a treatment facility for his sex addiction. Caussin, 32, has also battled sex addiction amid a number of cheating incidents.

“Looking at it now, sort of solving your problems in the town square — there’s a price to it,” McDermott explained on the podcast, referencing the reality series he and Spelling filmed in 2014. “Everyone can chime in. We were doing it with the thought of getting through it ourselves but also helping others. But with that, we weren’t thinking of all the backlash and the haters and all the naysayers. We were really positive about it, you know, considering how negative what I did was.”

Although the former Chopped Canada host admitted the process was a “slippery slope,” McDermott said that filming the show “expedited” his and Spelling’s desire to talk through the issues within their relationship and start going to therapy. Now, the actors are “together and things are stronger and better than ever.”

Kramer and Caussin reflected on the similarities between McDermott and Spelling’s experience and their own struggles with infidelity in their marriage. The retired NFL player and “Beautiful Lies” singer briefly split after the birth of their daughter, Jolie, now 3, when it was revealed that Caussin had cheated on his wife with multiple women.

The couple went on to renew their vows in December 2017 following Caussin’s 60-day stint in rehab. One year later, Kramer and Caussin welcomed their son, Jace. The One Tree Hill alum previously admitted to Us in September that having a second child “literally saved” her marriage.

As the conversation continued, McDermott acknowledged the increased scrutiny his wife experienced throughout their scandal from fans wondering why the BH90210 star would stay with someone who cheated.

“She’s so strong,” the actor said. “Now a lot of people say, ‘We’re so glad you stayed together. You’re a great example.’”

In an interview with Us in October, McDermott revealed that he hoped “things had changed” for the “Whine Down” cohosts and that people would be “a little more open” to hearing experiences like theirs.