Jason Roy, who is now out during England’s World Cup semi-final clash against Australia, spent a night at his daughter Everly’s bedside back in May.

The cricketer, who is married to wife Elle Winter-Roy, recalled his baby girl, who was eight-weeks-old at the time, was ill and looked “lifeless”.

“It was very scary,” he told The Sun. “She’s only eight weeks old. My missus came into the hotel room in Nottingham at 1am. Everly was throwing up, quite lifeless and we couldn’t keep her awake.”

Jason explained they called the emergency number who said they should try and keep Everly awake – but she kept falling asleep. 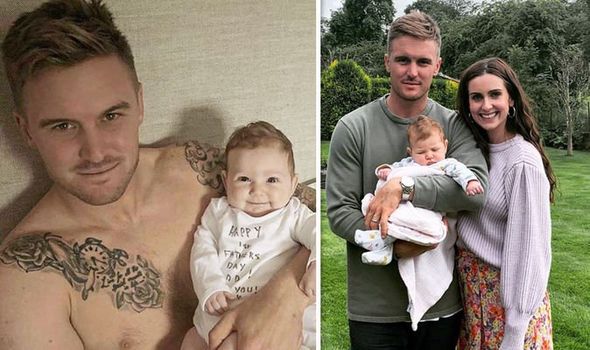 He continued: “So we took her to child A&E in hospital in Nottingham. They’re such good people and looked after us really well, did tests and everything until about 8.30am.

“I went to the hotel at around 9am and got a couple of hours sleep before going to the ground.”

He added: “Everly’s doing a lot better now. It was a stomach infection and a bit of a fever. She’s back home and we’ve had a couple of smiles out of her.”